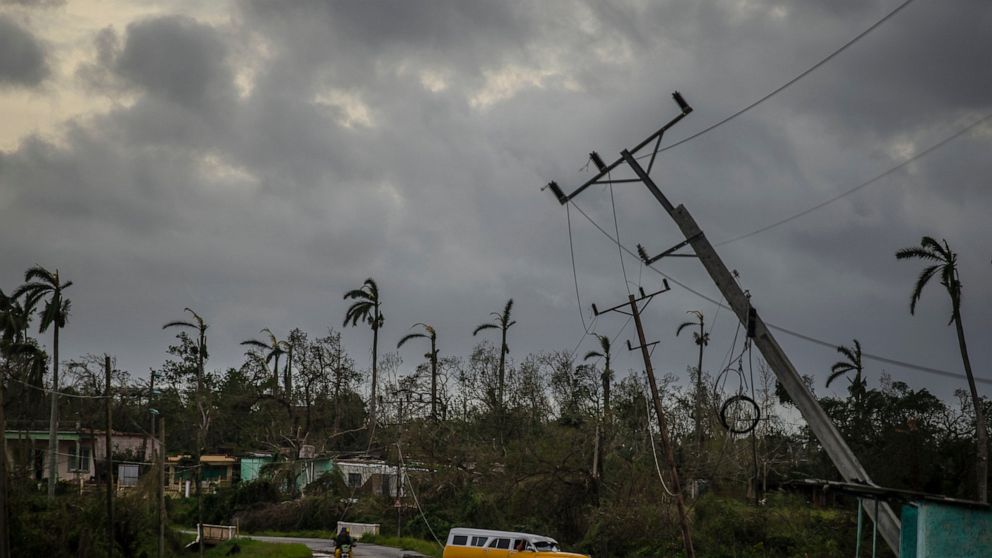 HAVANA — Hurricane Ian knocked out power across all of Cuba and devastated some of the countrys most important tobacco farms Tuesday when it slammed into the islands western tip as a major hurricane.

Cubas Electric Union said in a statement that work is being done to gradually restore service to the countrys 11 million people between Tuesday night and Wednesday morning. Power was initially knocked out in Cuba’s western provinces, but subsequently the entire grid collapsed.

Ian made landfall as a Category 3 hurricane early Tuesday on the islands west coast. It devastated Pinar del Río province, where much of the tobacco used to make Cubas iconic cigars is grown.

Tens of thousands of people were evacuated and others fled the area ahead of the arrival of Ian, which caused flooding, damaged houses and felled trees. Authorities are still assessing the damage, although no victims have been reported so far.

Ians winds damaged one of Cubas most important tobacco farms in La Robaina.

It was apocalyptic, a real disaster, Hirochi Robaina, owner of the farm that bears his name and that his grandfather made known internationally, posted on social media. He published photos showing farm buildings in rubble, overturned carts and wood scattered everywhere.

Stormy Daniels testifies on Avenatti: ‘He lied to me...

What’s at stake for Joe Biden in the midterm...

Polestar is making a production version of its ‘Beast’...

Crypto Is No Substitute for Cash. Enter CBDCs

Children among victims of blast at school in Kabul,...

Nikolas Cruz walked into a McDonald’s and sat with...

Dozens of elite US troops land in Poland

‘Sakala gives manager something to think about’

‘The Woman in The Window’ Creators on Why They...

Breaking down Yankees’ short- and long-term options for late...

Trump’s influence on GOP primaries as voters in Wisconsin...

Sequoia is the latest VC firm telling you to...

Dak Prescott, CeeDee Lamb buddying up as leaders at...

The Boston Celtics lack an identity, but will it...

MLB odds: How fielding percentage stats can give you...

The Station: Rounding up the Tesla Cyber Roundup, a...

Frances Tiafoe out of US Davis Cup team after...

Deconstructing the case for a 2024 Hillary Clinton bid

Ford and Volkswagen pull the plug on robocar unit...