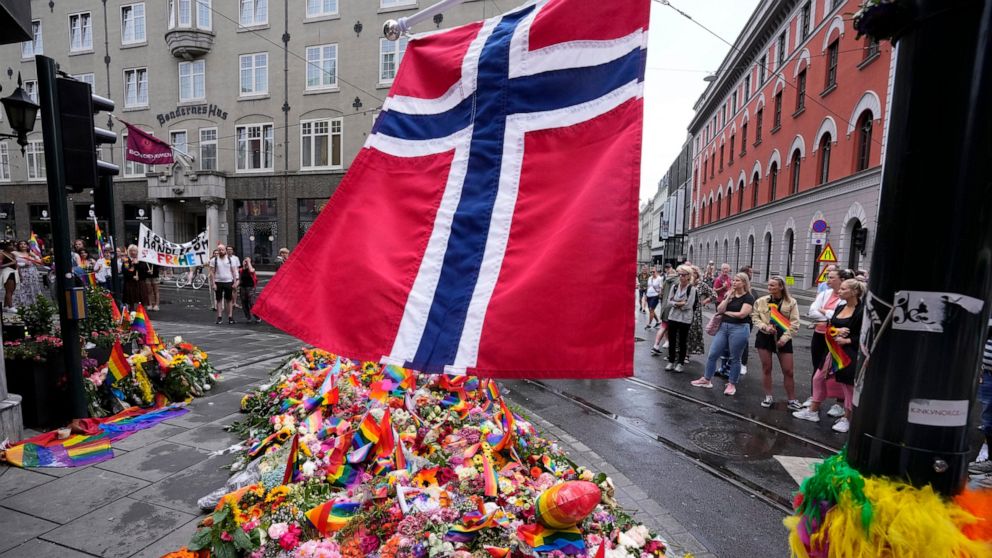 COPENHAGEN, Denmark — Two more suspects have been arrested in connection with a deadly shooting during the Norwegian capitals annual LGBTQ Pride festival, police said Monday. The total number of suspects is now at four.

A 42-year-old Norwegian citizen originally from Iran was arrested shortly after the June shootings in Oslos nightlife district that killed two people and wounded more than 20. A second Norwegian man in his 40s is being sought, police said Friday.

On Monday, police said two more suspects a man in his 40s with Somali citizenship and a Norwegian national in his 30s were arrested Sunday. Both are known to the police, authorities said, adding that they are residents of Oslo.

They faces preliminary charges of complicity in an act of terrorism, police said.

The suspect who has not yet been detained, Arfan Bhatti, is believed to be in Pakistan. Norwegian police said that, to ensure the best possible cooperation with the Pakistani authorities, we had officials from the Oslo police district in Pakistan a short time ago.

Matapour who according to Norwegian media arrived in Norway with his family from a Kurdish part of Iran in the 1990s, faces preliminary charges of murder and attempted murder.

The names of the suspects arrested Sunday were not given. USWNT punch ticket to 2024 Olympics with win over...

Heat pumps: The ‘geeks’ obsessing over their new heating...

America’s job market is on fire. Here’s why it...

Bloomberg Westminster: Only Handbag in the Lobby

Marvel World of Heroes is Pokémon Go for superheroes

How to Prepare Your House for Climate Change

Egypt Is Living in the Brutal Future the World...

Elon Musk Tells AOC ‘Stop Hitting on Me’ After...

Little of Microsoft’s ‘principles for employee organizing’ is actually...

Rishi Sunak: My ambition to cut taxes in future

DeepMind created an AI tool that can help generate...

Zuckerberg Dismissed by FTC From Suit Over Meta VR...

Fifth Harmony Wrestled Back The Power Of Having A...

Grocery stores facing shortages due to severe weather and...

Key Takeaways From Musk’s Second Day of Testimony in...

Trump Committed ‘Serious’ Crime If Found To Have Used...

Commentary: An uncertain economy threatens startups–but caution and pessimism have no place...
POLITICO Playbook: Pollsters fret over another big miss