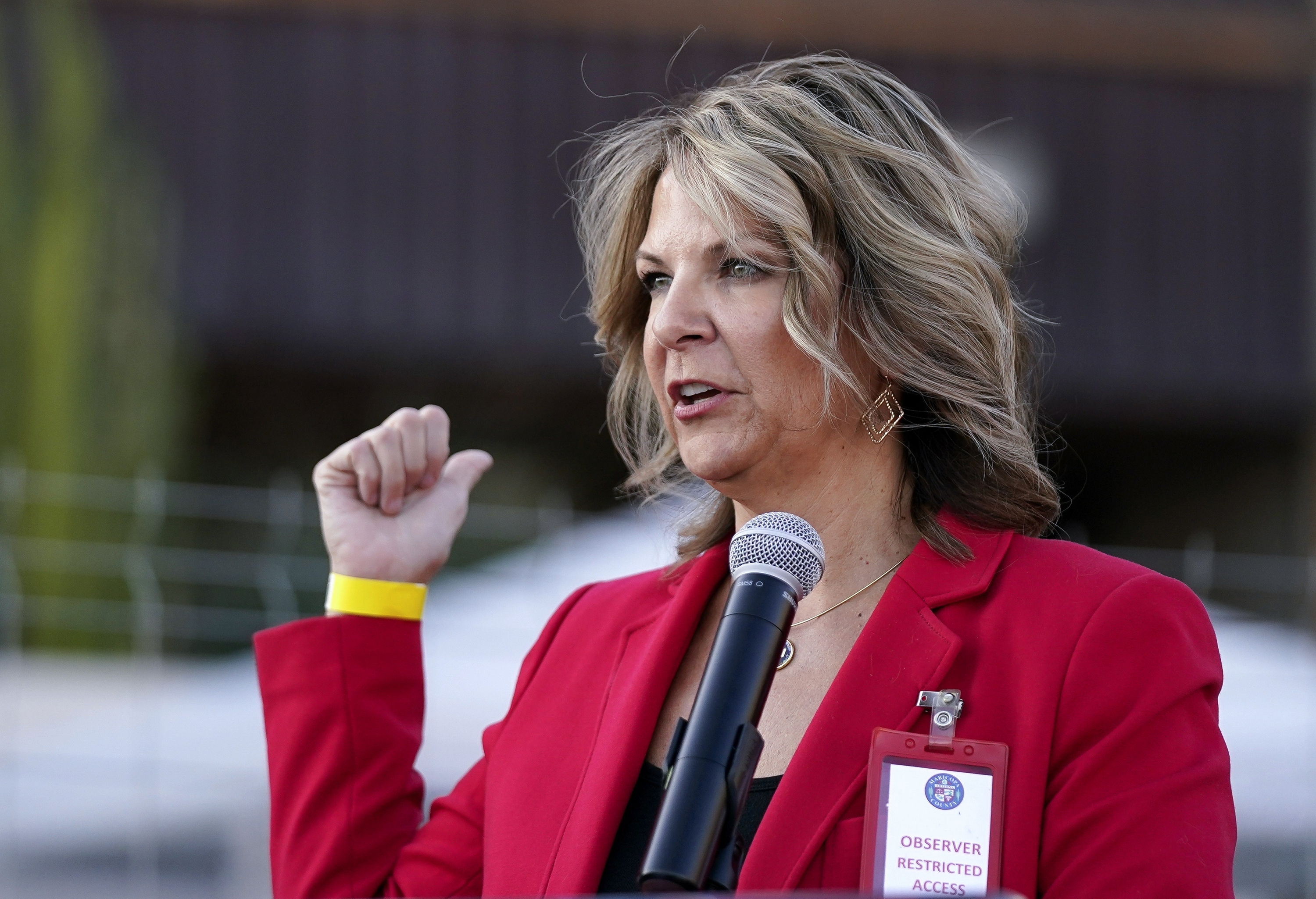 In addition to her work on the slate of false electors which included both Ward and her husband, Michael Ward used her perch atop the Arizona GOP to stoke false claims of election fraud in the weeks following the conclusion of voting. Both Wards also joined a lawsuit against then-Vice President Mike Pence in late December 2020, amid a campaign by Trump to pressure Pence to help subvert the election.

Its unclear whether Ward intends to appeal the ruling. An attorney for her did not immediately respond to a request for comment.

The select committee is approaching the end of its yearlong investigation and intends to produce a final report by December. More than two dozen witnesses have sued to block the panels efforts to subpoena them for testimony and records or to obtain phone records from providers like T-Mobile, Verizon and AT&T.

The committee has fought some of the subpoenas and won a string of rulings bolstering its probe, but it has also opted against mounting aggressive efforts in a large number of lawsuits, instead targeting those likely to have the greatest impact on its efforts. Those include lawsuits to obtain testimony and records from former White House chief of staff Mark Meadows, attorney John Eastman and Trump himself, who unsuccessfully sued to block the National Archives from releasing his White Houses records to the panel.

In her lawsuit, Ward had argued that the select committees subpoena was improperly issued because the panel lacked a valid legislative purpose rather that it was a law enforcement investigation in disguise and that the panel lacked the required 13 members that it was supposed to include. Ward argued that the committees subpoena was really an effort to harass Trump supporters for exercising their First Amendment rights to petition the government and raise doubts about the election results.

But Humetewa, an appointee of President Barack Obama, said Wards evidence on both claims fell short.

The panel, she said, had repeatedly had its work ratified by votes of the full House, which notably approved the committees efforts to hold several defiant witnesses in contempt of Congress. Humetewa said she would not second-guess the Houses decision to permit the committee to function despite a smaller complement of members.

The Court finds this evidence falls short of the formidable bar Plaintiffs must overcome to show an invalid legislative purpose, she wrote. Citi to eliminate overdraft fees by this summer

Ukraine Cut to Default by S&P After Creditors OK...

The Rings of Power’s sparkling success can’t save it...

US, EU cyber investments in Ukraine pay off amid...

Wisconsin court rules in favor of woman who wants...

An insider’s guide to getting the new iPhone SE...

Maria Shriver enjoys a day out as she takes...

Fed: Sharply higher rates may be needed to quell...

Soy sauce: A beginner’s guide to one of the...

China drafts in the military as Shanghai ordered to...

Yogi Adityanath: The Hindu hardliner in India who scripted...

Will Smith would face little more than a slap...

Nationwide protests go on as supporters and opponents of...

Baltimore task force trying to solve the crisis of...

Pope jokes he’s “still alive” after being asked how...

Send a Harry Styles preview track over an Instagram...

The best sous vide cookers of 2022