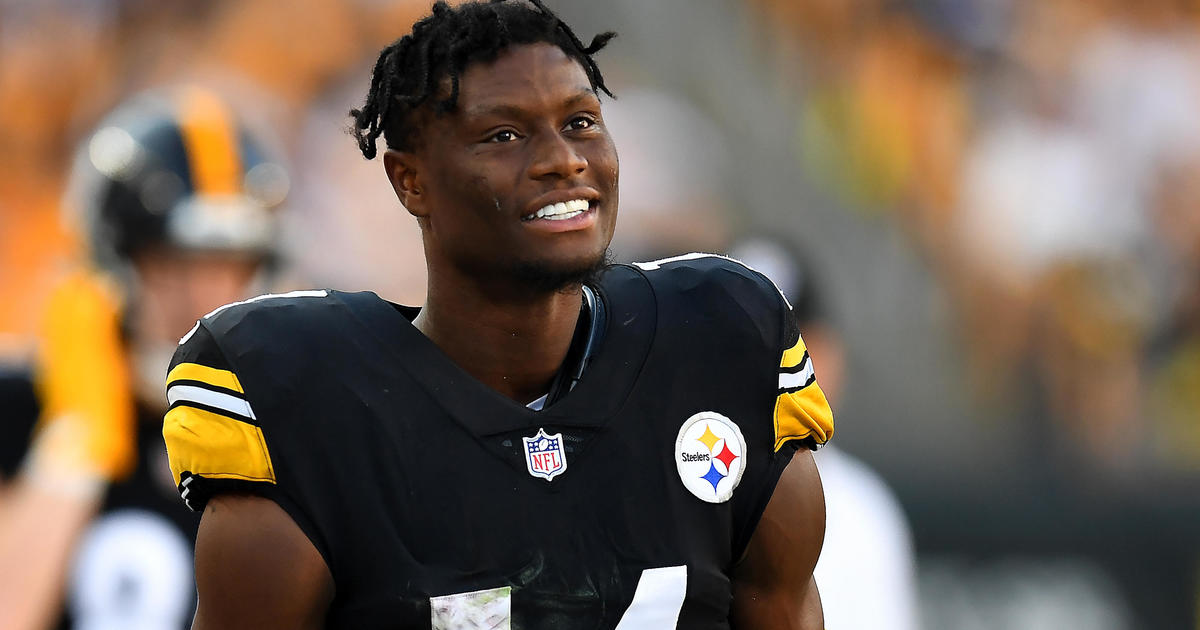 The wide receiver made an incredible one-handed catch during Thursday’s game against the Cleveland Browns. The rookie only needed his right hand to bring in the 36-yard pass from quarterback Mitch Trubisky.

The Steelers scored three plays after the must-see catch, tying the game at 7-7 with 14 minutes, 55 seconds remaining in the second quarter.

Pope voices hope church in China can operate in...

When Will We Get Shots for Kids Under 5?

GREG GUTFELD: The media erased the political affiliation of...

The Fed Readies To Hike (Radio)

Russia, Inflation, the Fed: What, Me Worry?

Nobody Is Playing Netflix’s Games

Phillies’ Alec Bohm bloodied after accidentally hitting himself in...

One of the best free video editors just became...

Brooklyn shooting: ‘It was a scary moment’ says witness

Fetterman hauls in $8.3 million in the month and...

England women to host South Africa and India in...

Ex-Clinton strategist reveals why she no longer appears on...

Mystery of half-billion year old creature with no anus...

Biden Says ‘Pandemic Is Over’ and Inflation Will Be...