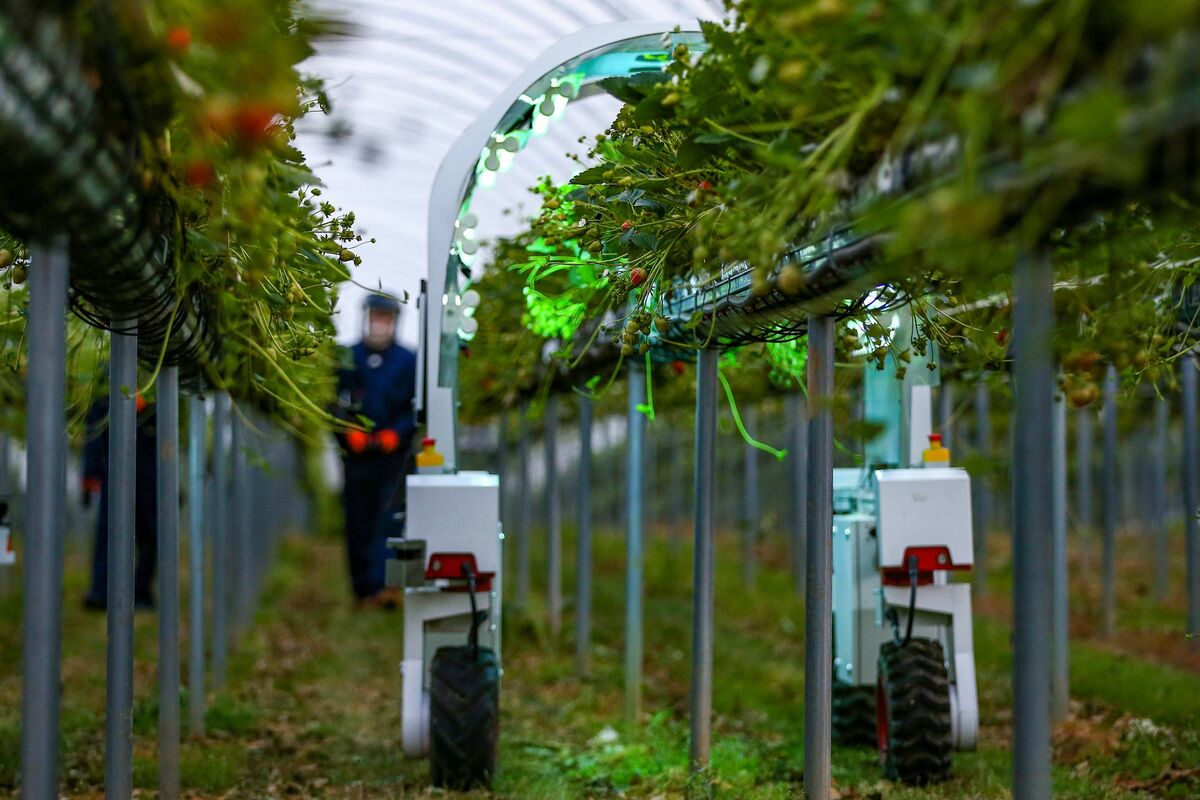 Fake meat and insects are among the promising diet alternatives to help the world to fix its fragile food system, but for now investors are curbing their enthusiasm for funding technologies needed to produce it all.

A total $12.7 billion of venture capital money went into foodtech startups in the first six months of the year, accounting for just a third of last years amount, Pitchbook data show. Investment in agritech  from robots on farms to fertilizer alternatives  is cooling this year too.

Thats happening at a time when food supplies are threatened by climate change, war and supply-chain disruptions, while hunger and obesity are on the rise. So technology is increasingly being viewed as a panacea.

Theres no shortage of solutions.

At the World Agri-Tech Innovation Summit and the Future Food-Tech conference in London this week, startups vied for investor attention. Pivot Bio deploys microbes that capture nitrogen in the air to nourish crops instead of conventional fertilizers. Cropin collects agricultural data to help farmers make better decisions. In the world of alternative proteins, more startups are working on ingredients and services aimed at making meat substitutes taste and feel better  from fats to scaffolds for stacking up meat cells. Precision fermentation, where dairy substitutes are produced in brewery-style tanks, is gaining traction.

Yet, the challenges are huge: Scaling up is absolutely key, as is winning over consumers, and more money is needed. Funding hasnt dried up, but investors are asking more questions, Niccolo Manzoni, managing partner at Five Season Ventures, said at the food-tech conference. The market is still full of capital and the best companies, we think, will continue to raise money, he said.

Wheat prices have been increasingly at the mercy of remarks from Russian President Vladimir Putin in recent weeks, and this week they reached a two-month high amid an escalation of the countrys war efforts in Ukraine. Meanwhile, the grain is piling up in Russia as the nation struggles to export large volumes.

Trickle of trades becomes a flood after currency devaluation

Argentina devalued its peso earlier this month to spur soy exports, and  its helped. China, the worlds top buyer of the crop, booked as much as 3 million tons in the past two weeks, almost as much as the roughly 3.75 million tons it imported from Argentina all of last year, according to people familiar with the matter. But that risks eroding demand for the US harvest just as American farmers are starting to gather their crop. Stay away in event of accident with Olympics vehicle,...

Abrams campaign has spent over $800K on private security,...

Ukraine can feed itself, will step up grain exports...

Justices side with LGBTQ group at Jewish university, for...

Celebrity birthdays for the week of April 24-30

Energy costs: Challenge for councils in Wales ‘cannot be...

Husband Refusing to Pay for Kids as He and...

‘Tenants have no choice’: Racism in urban planning fuels...

Glenn Beck says he has COVID-19 for second time

Adele Tearfully Postpones Vegas Shows That Sold Out in...

Milan held by Bologna, lead now one point atop...

Why Smartphone Night Photos Are So Good Now

32 of the Best Shows on Disney+ Right Now