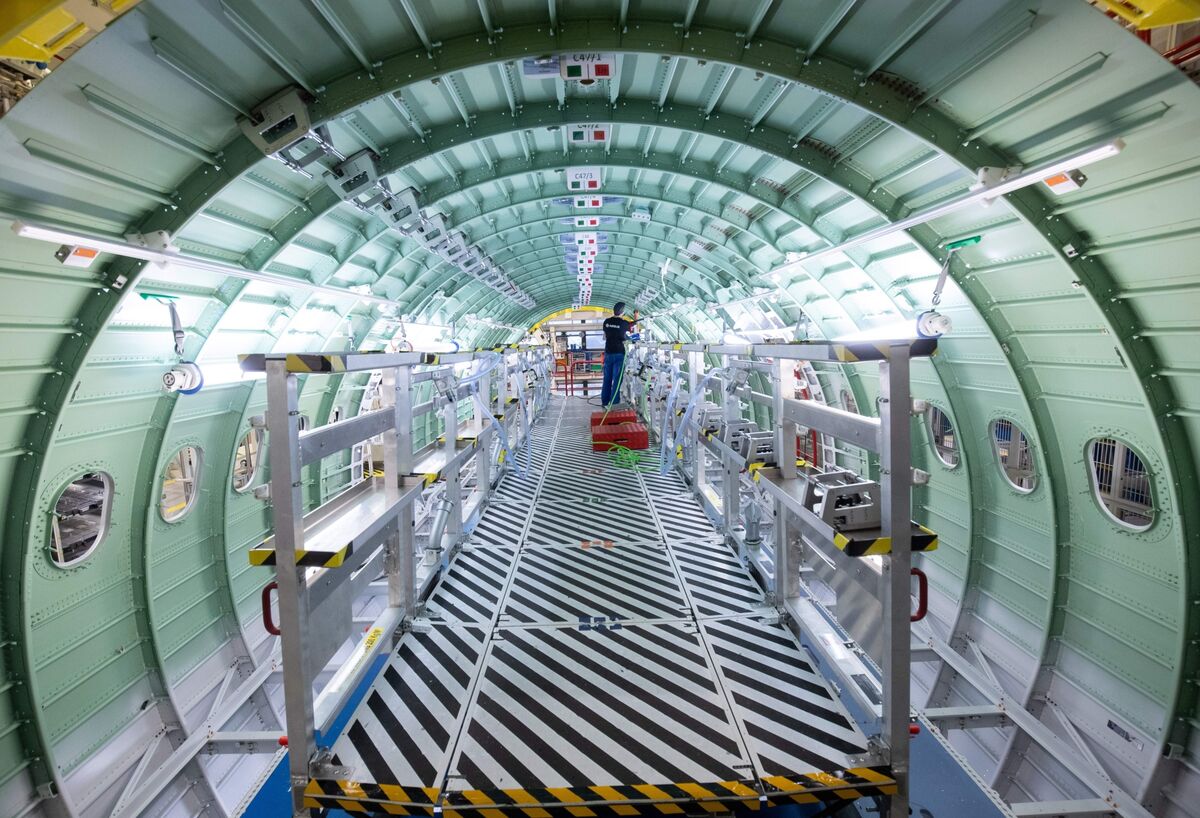 While Airbus is grappling with multiple crises, including soaring inflation and energy costs, higher interest rates and uncertainty around the war in Ukraine, supply-chain issues present its biggest single challenge, Faury said Friday.

Nonetheless, Airbus is standing by plans to build 75 of its flagship A320-family aircraft a month by 2025, 25 more than it expects to be handing over by December, Faury said in a capital markets day briefing. Its also sticking with a reduced target of 700 deliveries across its jetliner range this year.

Airbus cut its 2022 delivery goal along with the pace of the short-term ramp-up in July as suppliers struggled with labor and raw-material shortages, affecting the flow of everything from electronics to engines, while standing by the 2025 forecast. Even after reining in its ambitions for this year, the firm still had close to half its targeted handovers outstanding at the end of August.

Based on the visibility we have now from the supply chain we think its manageable, but I will not tell you that its easy, Faury said of the 700-plane goal. Theres a hell of a lot of work to be done.

The CEO said the supply crunch is not just an end of the year battle but a crisis that will persist into next year, if not beyond.

We dont know exactly when the position of the supply chain will have normalized, he said. We have indications that things are starting to go better, but we are in a ramp up, so its not just fulfilling the needs of today. It becomes more and more difficult every day.

The bottleneck in engines, at least, has eased somewhat, with the number of completed narrowbodies lacking turbines cut to single figures in recent weeks from 26 in July after a spate of shipments, Faury said. He added that Airbus has reached accords on engine volumes for 2023 and 2024 with both Pratt & Whitney and CFM International, and is beginning to discuss 2025 numbers.

Some suppliers have pushed back on the fast pace of Airbuss single-aisle ramp up, with Greg Hayes, CEO of Pratt parent

Raytheon Technologies Corp., saying last week that a monthly rate of 65 by 2025 is more likely than 75.

Faury said the comments were unhelpful and that engine makers have accepted the 2025 target, however challenging. As officials push for answers in Uvalde school shooting...

P&O recruitment agency says it knew nothing about sackings

Jets owner and former US ambassador mulls bid for...

How easy is it to drive across Wales in...

How the British Empire and Commonwealth have changed over...

Bengals vs Chiefs live stream: how to watch NFL...

Ingraham: Biden has made it clear he’s content to...

Maybe a Webcam in the Bedroom Wasn’t the Best...

I listened to Sennheiser’s new Ambeo, and it sets...

In mourning yet again, NYC prepares to honor fallen...

‘Someone else’s festival’: No North Korea at ally’s Olympics

US Air Force targeted in ‘propaganda attack’ in Kuwait

‘My first Pride is in memory of my brother’