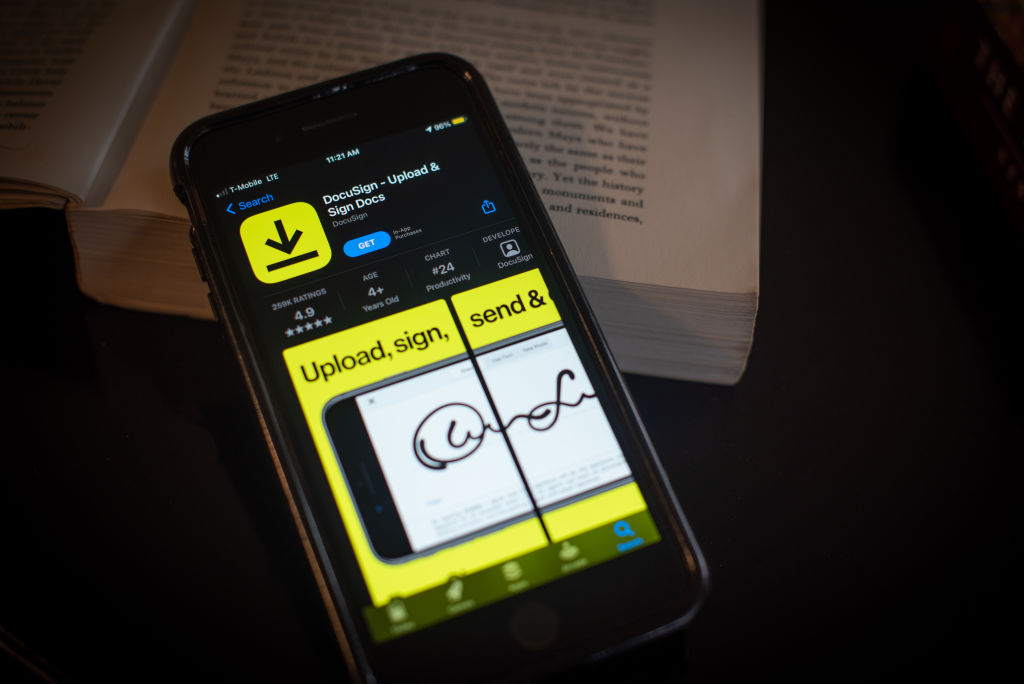 DocuSign announced today that it has hired Allan Thygesen as its next CEO, effective October 10. Thygesen was most recently at Google where he was president of the Americas and global partners.

He was in charge of Googles $100 billion advertising business in the Americas, a rather significant business by any measure, and a position that should prepare him for his new job.

He joins a company that continues to lead the e-signature business, but one where the stock price has taken a significant beating, dropping 80% over the past year and 65% year-to-date.

For the most recent earnings report, the company reported healthy revenue of $622 million, a 22% increase over the prior year. This is a company on a run rate of almost $2.5 billion, certainly the bones of a healthy business.

Those stock losses, however, are numbers that make boards and investors want to take action, and former CEO Dan Springer, who had been with the company for the previous five years, stepped down in June, likely seeing the writing on the wall.

Maggie Wilderotter, who has served as interim CEO since Springer’s departure, sees Thygesen as a person with the experience to help the company move forward. “He is a customer-focused innovator with deep experience in e-commerce, the digitalization of business, and leading high-growth scale organizations. The Board believes that Allan is the right leader to help DocuSign continue to capture the massive market opportunity that lies ahead,” she said in a statement.

Certainly DocuSign is a company that is built for the digital age, removing a lot of the friction around signing and moving documents through a workflow. The company recently announced end-to-end contract lifecycle management inside of Slack. Earlier this year, it announced document signing inside of Zoom.

Both of these moves should help increase the use of the product inside popular enterprise SaaS products, and should bode well for the future of the company.

Wilderotter will return to her previous position when Thygessen starts on October 10. Saudi ‘Neom’ Megaproject Is Big on Hubris and Low...

USC frats must post guards at parties after abuse...

2 people are dead and 4 others wounded after...

Duke in Talks With Nuclear Firms as It Mulls...

American detained in Venezuela has attempted suicide, his family...

Is Netflix about to buy Roku?

Opinion | The Other Way the Supreme Court is...

The Volvo XC40 Recharge Electric SUV Is Fast, if...

‘We needed that one’ – James leads Lakers to...

Son of Rep. Carlos Gimenez arrested after altercation with...

Mark Leibovich Doesn’t Want to Be the #ThisTown Guy...

Cybersecurity watchdog asks lawyers for help in the fight...

£400 in Energy Bill Discounts Offered to Households in...

Jimmy Failla: Persistence Is Everything

Location tech in Android devices to get better, thanks...

The Sonos Ray Is a Perfect Starter Soundbar

Suffolk Road: Police at the scene of west Belfast...

Scientists explain possible reasons behind the increase in shark...

Is Danish king who gave name to Bluetooth buried...

Jason Momoa involved in head-on crash with motorcyclist in...

Nick Jonas gives update on his daughter Malti after...