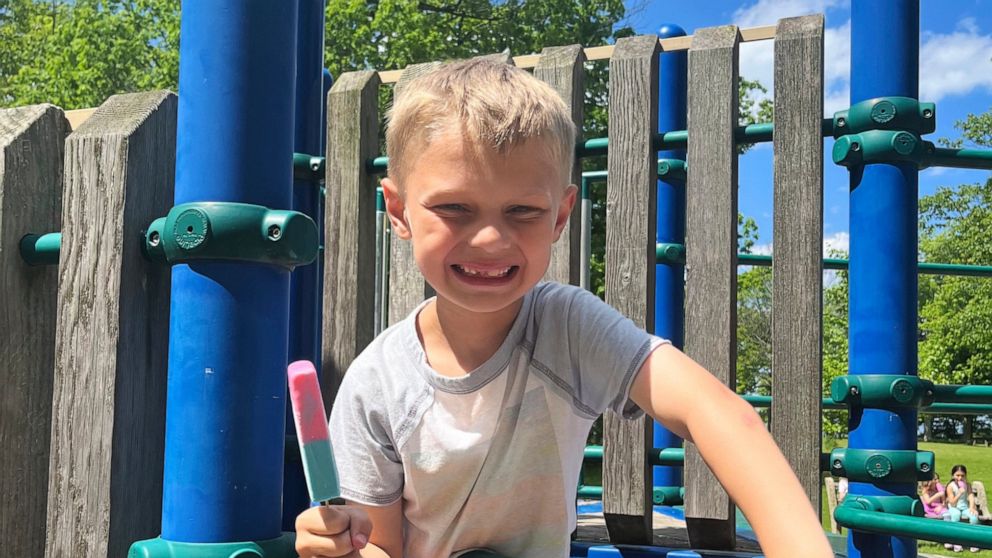 CHICAGO — Eight-year-old Cooper Roberts is back home after more than two months of treatment for injuries from a shooting at a Fourth of July parade in the Chicago suburb of Highland Park, his family said Thursday.

The attack this past summer killed seven and wounded dozens, including Coopers mother, Keely Roberts, and his twin brother, Luke, who have since recovered.

Cooper was shot in the back, and the bullet ripped through his body, severely damaging his aorta, liver, esophagus and spinal cord before exiting through his chest. He was taken first to Highland Park Hospital where he underwent a life-saving surgery, then spent in-patient stays at Comer Childrens Hospital and Shirley Ryan Ability Lab in Chicago.

We are at a total loss of words to express how filled with gratitude, love and wholeness we now feel given that we are able to finally have Cooper back at home, the family said in a statement. He is able to live once again with his twin brother, Luke, and resume being one anothers very best playmates.

Cooper, the youngest of six children who adores his French bulldog puppy, George, is partially paralyzed and unable to play sports or on most playgrounds, as he once loved to do.

For all the love that he has come back to, there are so many painful reminders of what he has lost, his parents said, adding that there is no word to describe Coopers pain when he sees his bike he can no longer ride or his old soccer jersey.

The family’s home is no longer fully accessible for Cooper, who uses a wheelchair. The family is figuring out how they will renovate or build a new home.

This new normal we are just starting during this transition home is hard; really, really hard, his parents said. But they know he will show the entire world that love really does win in the end.

Claire Savage is a corps members for the Associated Press/Report for America Statehouse News Initiative. Report for America is a nonprofit national service program that places journalists in local newsrooms to report on undercovered issues.

Nvidia’s next-gen GPUs may not arrive until October –...

People’s health at risk unless action taken on energy...

Ed Sheeran denies Shape of You copyright claim at...

The Edenfield Centre: Bereaved family ‘reeling with anger’ at...

A new Bureau of Prisons director gives administration a...

Sienna Miller: Anatomy of a Scandal actress on the...

Your earbuds are gross – here’s how to clean...

Supreme Court grapples over fate of artwork stolen by...

‘Chris Eubank Jr is at his fighting peak but...

Fiancée of Chicago police officer paralyzed in shooting: ‘I...

Ocasio-Cortez Holds Off on Backing Biden for 2024 as...

Cladding: Michael Gove to vow to pursue firms behind...

Contaminated blood: If I was paid in tears I’d...

Zoom’s answer to Slack is getting a new name...

Why People Are Losing Faith In Public Institutions

The Race for a Universal Covid Vaccine Heats Up