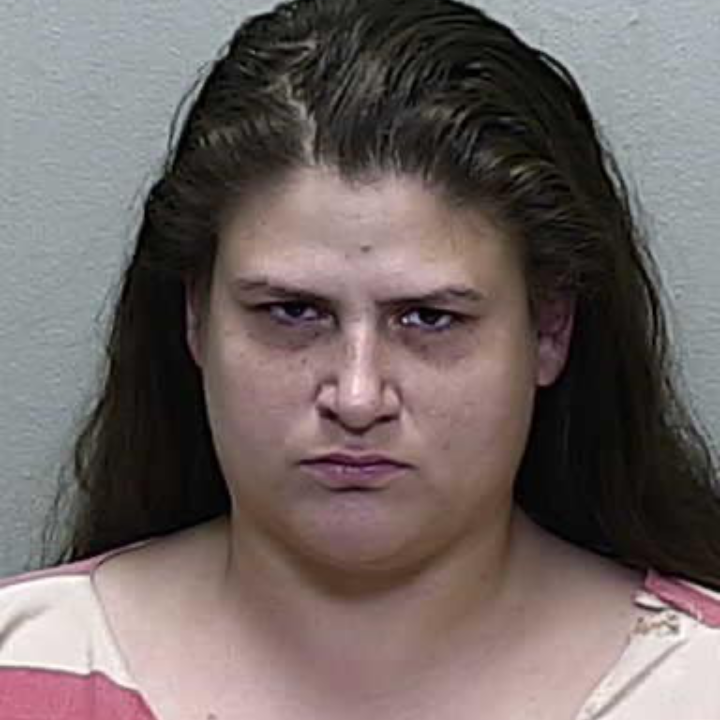 A Florida woman is in custody after allegedly attempting to kill her two roommates on Friday morning.

The Marion County Sheriff’s Office said in a Facebook post that deputies responded to a 911 call from a person stating that he was stabbed, and once on the scene, officials found two people that appeared to have been stabbed.

Officials said that one of the victims told deputies on the scene that Christina Adams, 30, had stabbed both people and then left the area.

Deputies found Adams in a car close to the scene, and she initially “denied any involvement.”

Officials said that one of the victims told deputies on the scene that Christina Adams, 30, had stabbed both people and then left the area.

Adams later told detectives that “she was angry over being asked to leave the home that she shared with the victims,” and grabbed a “large knife” and attacked the two people, police said. She also allegedly told officials that she attempted to destroy evidence at the scene.

After believing the victims were deceased, Adams told deputies that she put on new clothes and went shopping, police said.

Deputies located Adams while she was on her way back from shopping, according to officials.

Adams is charged with two counts of attempted first degree murder and tampering with evidence. Nothing Phone hype is all too familiar

The woman taking TikTok by storm with the Scots...

Packers’ Murphy lays out three-year plan ahead of retirement

Autonomous robots used in hundreds of hospitals at risk...

HP will pay you compensation if you bought the...

After Roe, teens and their parents flock to long-term...

UK politicians unite in tribute to queen as Britain...

A whole load of PCs still don’t qualify for...

Mississippi’s flooding has peaked, will soon recede with minimal...

Scientists observe a red supergiant going supernova for the...

A Martyr in Iraq

Tesla is being sued by its Texas gigafactory construction...

Learn how to get into YCombinator at TC Early...

Manston Migrant Centre: Diphtheria jabs to be given after...

Woman charged after gun in son’s backpack goes off...

Scot held in India since 2017 faces conspiracy to...

Reward offered for information on gunman who shot Lady...

Stripe is the latest fintech to falter, taking a...

Eating Fresh Fruit Every Day Can Keep Depression at...

How the Queen's Christian faith went beyond duty