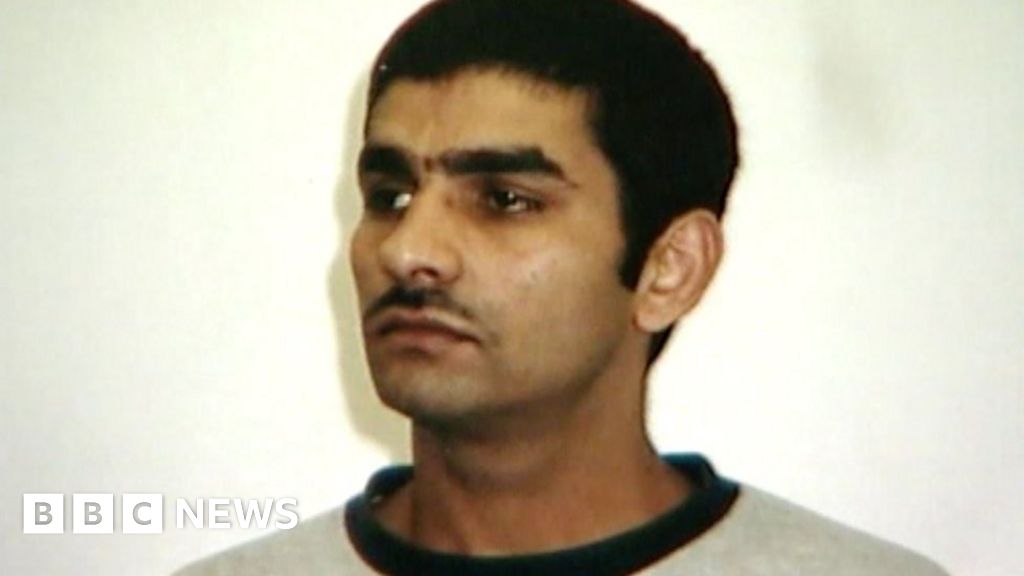 A taxi driver who murdered two teenagers and their mother has for a second time been denied parole.

Azhar Ali Mehmood, then 26, killed 16-year-old Lucy Lowe, the mother of his child, as well as her 17-year-old sister and mother Eileen Linda Lowe, 49.

He was jailed for life in 2001 after starting a fire at the family’s home in Telford, Shropshire, in August 2000.

The Parole Board panel also refused to recommend a move to an open prison.

The application, last turned down in 2020, was denied due to the risk to the public, it said.

Image caption, Lucy Lowe was groomed and exploited by Mehmood from the age of 12

Lucy was legally incapable of consent when she was targeted and groomed by Mehmood at 12 years old.

She was pregnant a second time by him when she died in the blaze.

He was jailed for murdering the three by pouring petrol inside the Leegomery house and setting it alight, but was not prosecuted for sex crimes.

Image caption, Tasnim Lowe has previously called for an inquiry into her mother’s death

Mehmood’s daughter Tasnim, who was found wrapped in blankets after the fire, has previously criticised the justice system for not prosecuting her father for child sex offences.

A recent inquiry into child sex abuse in Telford, which referenced the case, found crimes were ignored for generations, leading to more than 1,000 girls being abused.

Agencies blamed children for the abuse they suffered, not the perpetrators, and exploitation was not investigated because of “nervousness about race”, its chairman Tom Crowther KC concluded.

Image caption, Lucy Lowe was 14 when she became pregnant with her daughter Tasnim

The inquiry heard from witnesses who recounted that Lucy’s murder would often be used by perpetrators of child sexual exploitation to frighten victims.

It sought to speak to Clive Harding, who as a Detective Chief Inspector at West Mercia Police at the time had assumed responsibility for the triple murder investigation.

The panel wanted to ask about evidence suggesting Lucy had been subjected to abuse prior to her murder.

However, he declined to speak and maintained he could not add anything further to the documentation held and disclosed by the police force in relation to the investigation.

“It is now some 20 years since that tragic event and whilst a triple murder of such magnitude will forever be remembered by me, the details will have faded,” he submitted to the inquiry.

The Parole Board said it had “carefully examined a huge range of evidence, including details of the original crime, and any evidence of [Mehmood’s] behaviour change”.

It refused his application to be released, saying “decisions are solely focused on what risk a prisoner could represent to the public if released”.

Mehmood will be eligible for another review in due course, the Parole Board added. Google Workspace update gives you another reason to abandon...

‘We Are the Asteroid’: The Case for Hope Amid...

13 movies and TV shows to stream on Netflix,...

Britain’s Lake out of World Championships due to COVID...

European Markets Are Getting Rattled by Ukraine Tensions

Sean Penn ‘thinking about taking up arms against Russia’...

Biden will not travel with a delegation to Queen...

Uniper in Talks Over Bailout Package to Plug $9.4...

Mexican journalist is shot to death; 12th so far...

Why pay for Snapchat on PC, when you can...