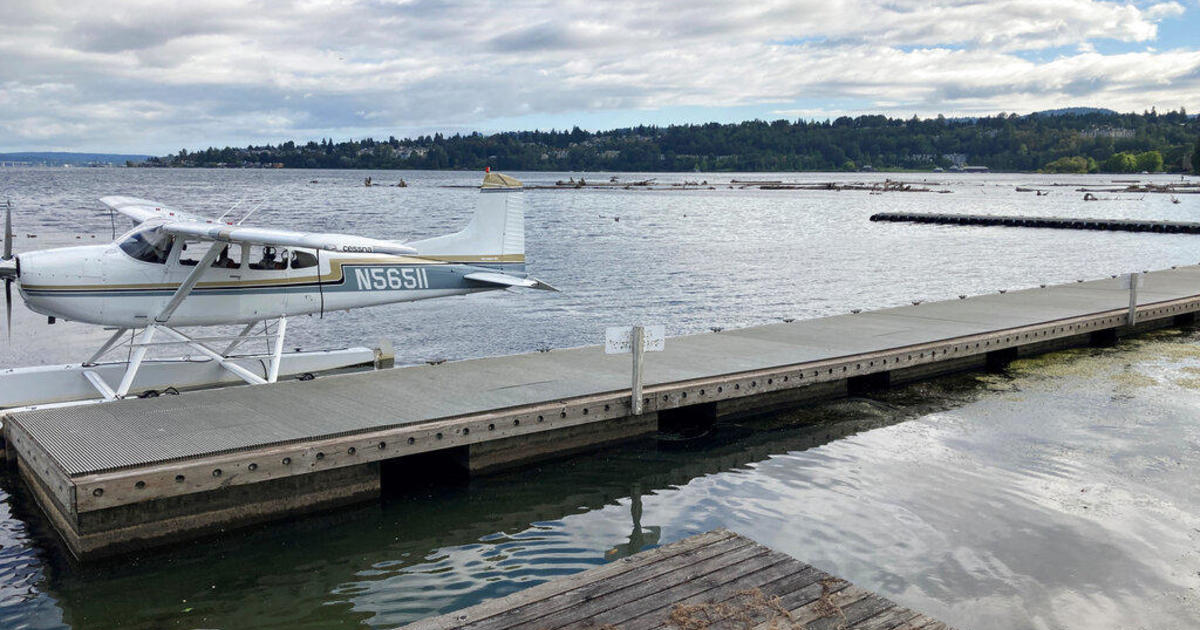 The wreckage of a floatplane that crashed into the waters of Washington state’s Puget Sound last week has been found on the sea floor, The National Transportation Safety Board said Monday.

The NTSB said the depth and motion of the water hid the wreckage for several days, The Seattle Times reported.

Sonar located a “large section” similar in length and width to the plane about 190 feet (58 meters) below the surface of Puget Sound near Whidbey Island, according to spokesperson Jennifer Gabris.

Investigators, the National Oceanic at Atmospheric Administration and the University of Washington’s Applied Physics Laboratory scoured a 1.75-by-0.75-mile (2.8-by-1.2 kilometer) area where witnesses said the plane had crashed.

Because of the depth and 3-5 knot currents, the NTSB is seeking a remotely operated vehicle to recover the wreckage. The NTSB had said that crash details, including the cause of the crash, couldn’t be determined until more of the wreckage was found.

Ten people were on the Sunday flight from Friday Harbor in the San Juan Islands to the Seattle suburb of Renton when it crashed on Sept. 4. The only body that has been found was identified last week as Gabby Hanna of Seattle.

Actor and singer Megan Hilty said that her sister, brother-in-law and young nephew were among the other passengers.

The performer, known for roles on several TV shows and in multiple Broadway musicals, shared photos of her sister Lauren Hilty, brother-in-law Ross Mickel, and their son, Remy, on Instagram last week along with a message about the crash.

“On Sunday afternoon, a small float plane crashed into Puget Sound off the coast of Whidbey Island,” Hilty wrote. “My beloved sister Lauren, brother-in-law Ross and baby nephew Remy were on that plane.”

The actress also said that her sister was pregnant, and their family was expecting to welcome the baby, who would have been named Luca, next month.

Peyton Manning stops by ‘SNL’ to profess love for...

More than 100 killed by floods and landslides in...

TSA’s no-fly list was exposed by a “bored” hacker

TikTok partners with Hootsuite, Sprinklr, Emplifi and more to...

Patrick Mahomes’ most impressive passes over the years

A ping-pong match between bulls and bears

This Android tablet has a tiny feature I’d love...

No charges for police who killed Molotov-throwing man

Nvidia launched a mapping product for the autonomous vehicle...

You Can Soon Buy Stock Directly in the Atlanta...

The long-misdiagnosed student heading to Cambridge to study medicine

Thousands in Sudan call for end to military rule,...

AI is already better at lip reading that we...

Mortgage Rates in US Rise for the First Time...

The Papers: ‘A dark day for Europe’ as Putin...

Indonesia Q3 GDP growth picks up, but below forecast...

Christian McCaffrey traded to 49ers in exchange for draft...