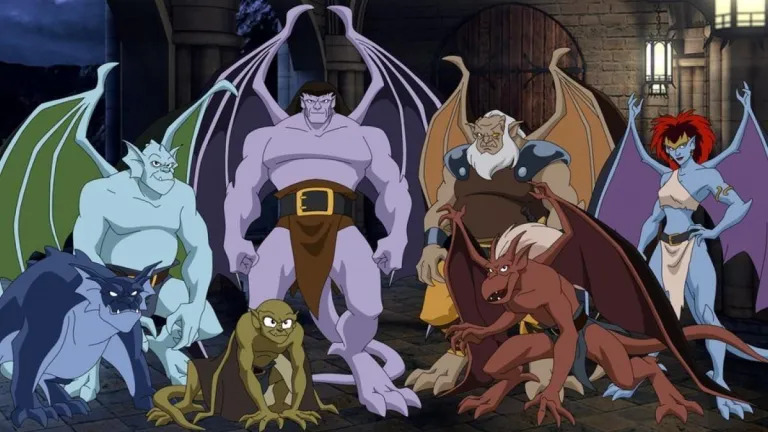 Fans of Disneys mid-90s output got a surprise treat this week. During its recent gaming showcase, the company revealed it was remastering Gargoyles. Alongside Aladdin and The Lion King, the 1995 Sega Genesis release is one of the highlights of Disneys gaming catalog.

If youre unfamiliar with the game, its based on the animated series of the same name. Gargoyles initially aired between 1994 and 1997. While it was a modest success then, it has since become a cult classic thanks to its compelling story and a stellar voice cast that included Star Trek: The Next Generations Jonathan Frakes and Marina Sirtis.

Empty Clip Studios, best known for its work on Dead Island Retro Revenge, is remastering the game for modern consoles and PC. The 1995 original is known for being one of the best-looking games in the Genesis library. It also featured a soundtrack by Michael Giacchino, who later went on to work on The Incredibles, Ratatouille, Lost and Rogue One among a lot of other high-profile films and TV shows. The remaster does not have a release date yet. The Problem With Mental Health Bots

US reports 1st polio case in nearly a decade

Spain tobacco firms to pay to clean up cigarette...

WHO “not concerned” about monkeypox becoming pandemic

NBA Twitter reacts to the Nets’ disappointing loss in...

Ducey Hailed by Dems for Congratulating Hobbs: ‘Leadership at...

POLITICO Playbook: The Georgia Senate debate, beyond the badge

California dries — and digs — out from powerful...

‘We didn’t see it coming’ says Sajid Javid of...

The best deals on AirPods, iPads and other Apple...

US gun control: Cautious welcome to bipartisan deal on...

United Methodists are breaking up in a slow-motion schism

GM reveals the first vehicles that will access its...

‘The Ingraham Angle’ on Canada truckers, CDC and COVID-19

Success of web3 hinges on remedying its security challenges...

From TAC’s Bookshelf: Light in Darkness

12-Year-Old on Way to Buy Snacks With Christmas Gift...

Syrian rebels did not know Iraqi militant killed was...