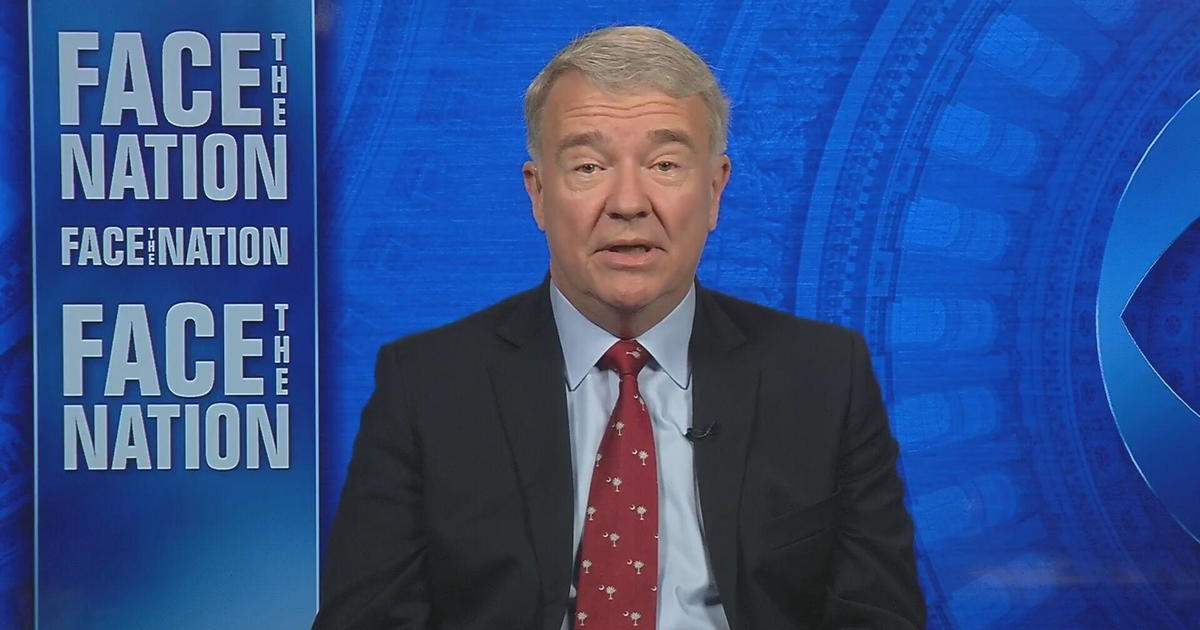 The following is a transcript of an interview with retired Gen. Frank McKenzie that aired Sunday, Sept. 11, 2022, on “Face the Nation.”

MARGARET BRENNAN: We turn now to retired Marine General Frank McKenzie, who was most recently commander of U.S. Central Command, which is in charge of defending U.S. interests in the Middle East, Central and South Asia. Last August, he led the U.S. withdrawal from Afghanistan. And we welcome him now. Good morning to you, General.

MARGARET BRENNAN: I know you were at the Pentagon when it was attacked on 9/11. And as we just laid out, that really came full circle as you executed this withdrawal. I wonder how you make peace and make sense of all that was lost, not just the 2400 service people who lost their lives in that conflict, but those who survived, who continued to deal with loss and look at an Afghanistan that is once again under the control of the Taliban.

GEN. MCKENZIE: Well, Margaret, over the 21 year arc from 9/11, and I was in the Pentagon, too, when we came out of Afghanistan last August, you know, we prevented a major attack from occurring on the United States. The cost was not cheap, as you noted it. We lost a lot of brave young Americans. Our coalition partners lost a lot of their- their soldiers. And, of course, the Afghan people paid a steep price for that. So it wasn’t wasn’t a cost free proposition. But we did manage to prevent another major attack from occurring against the United States during that period of time. I’m still processing what it means here at the end, and it would be presumptuous of me to say that it bothers me more than those who lost a loved one at some time in Afghanistan or one of the other theaters where we carried on this battle against a relentless, violent foe.

MARGARET BRENNAN: I know you have, since leaving your position, shared that you advise President Biden not to draw down to zero, to leave a residual force of 2500 troops in Afghanistan. It’s the right of the commander in chief to keep his own counsel and reject the advice of his military commanders. If you felt so strongly, why didn’t you resign?

GEN. MCKENZIE: I had the opportunity to give advice, advice to the president. He heard my advice. It was heard thoughtfully. And that’s really all a commander should expect to be able to do under our system. Once the president makes a decision, you know, for a combatant commander like me, the chain of command is very short. It is the secretary of defense and it is the president of the United States. And once a civilian leadership makes a decision, even though I might disagree with that decision, it is my moral responsibility to execute that order. To resign is not- and is not enough- in the history- is not- it is not something that U.S. officers have typically done. And it sends a very bad signal. It is a political act by an officer who must need and must be and remain apolitical. So even if you disagree with the order, as long as the order is legal, you need to follow that order. If we do anything different, it would be very dangerous to the republic. So while I gave advice, my advice was not followed. I executed that order as well as we were able to do. And I’ll just note that the president makes decisions based on many factors. My- my recommendation, as Central Command AOR, they are certainly one of the factors he had to weigh. There were other factors that the president had to weigh as well. And I’m very much aware of that.

MARGARET BRENNAN: Well, do you think, given your assessment of the threat, that the United States is paying enough attention now to the Middle East and to Afghanistan?

GEN. MCKENZIE: Well, I hope that we are. I think that we have very, very limited ability to see into Afghanistan right now. I’ve said I think we’ve got certainly less than two or three percent of the intelligence capability that we had before we withdrew. Our interest in Afghanistan is preventing al Qaeda or ISIS from regenerating and being able to conduct an attack on our homeland or the homelands of our friends and partners. And our ability to do that has certainly been gravely reduced. Now, the fact that we took a strike against Zawahiri and that was a very good and proper action. That’s good news. I would note that’s one strike in a year and I’ll just come back- I would be careful about drawing conclusions about our ability to operate effectively in Afghanistan in a counterterrorism sense based on that single operation.

MARGARET BRENNAN: You’re talking about the CIA drone strike that took out the leader of Al Qaeda, Ayman al Zawahiri, in July. But the administration would point to that and say, look, we can counter the terror threat without a military footprint. So are we at the right balance right now of keeping the homeland safe? Do you agree with their assessment that ISIS and Al Qaeda do not presently pose a threat of being able to carry out an attack here?

GEN. MCKENZIE: When I- when I left when I left active duty, it was our assessment that if we- if we left Afghanistan, if the Afghan government fell, if the Taliban took over, then over a period of time, both al Qaeda and ISIS would be able to regenerate. That is still my opinion today. You know, it is going to take a little time for them to do that. But I think what’s most concerning about the CIA strike that you mentioned was the fact that he was living in very good accommodations in downtown Kabul. And that should give us all pause and also speak directly to the ill intent of the Taliban in negotiating with us as we worked on the Doha Agreement, which was the attempt to find an end to the war in Afghanistan. I think it is a manifest example of their of their inability to keep their word.

MARGARET BRENNAN: What I hear you saying there is that the Trump Administration bears responsibility for the deal it brokered with the Taliban, the Doha agreement.

GEN. MCKENZIE: So I think the reason that we left Afghanistan and the reason the Afghan government fell was that two presidents, President Trump and President Biden, both had as a very high objective to to leave Afghanistan. So you had continuity of purpose across two administrations. Now, the Doha Agreement, had we- had we held the Taliban to the conditionality, that was a critical part of it. It could have been a useful vehicle for moving forward. But we did not hold the Taliban to the conditions that they said they would observe. And that’s that–

GEN. MCKENZIE: Because of that, no agreement is going to be good.

MARGARET BRENNAN: The Biden Administration has not released any public version of an after action report of what went wrong. This was a big black eye. I don’t have to tell you that. How this withdrawal happened. Do you think this assessment should be made public? And does the fact it is not public now suggest to you that any politics is at play?

GEN. MCKENZIE: I don’t know, Margaret. I would tell you that I participated before I left active duty in that after action review. We did a number of those inside CENTCOM, and then I was also interviewed several times for the review that I believe is still working within inside the Department of Defense. I think it’s probably a good thing to release as much of that review as you can. Obviously, they’re going to be- they’re going to be sensitive intelligence components to that. And, you know, but I think you could probably exercise some of those. And still, I think the American people want to know what happened. And I think it’s a reasonable thing to do.

MARGARET BRENNAN: We will continue to press for that. And thank you for your insights today, which I retired General Frank McKenzie. We want to be back in a moment with more Face the Nation. Stay with us. War in Ukraine: Anti-war opinions can cost Russians their...

Divided government is more productive than you think

Donald Trump Could Lie His Way Out of Just...

Donald Trump, eldest children to give depositions in real...

Comedian Dave Chappelle attacked on stage while performing at...

Danchenko acquitted on all counts in Durham Russia probe

Russians hold some $3 bln in financial assets in...

Instant analysis from the Vikings 23-13 loss vs the...

When Your Neighbor Turns You In

Citi bullish on Amazon and Airbnb even as macro...

Now, onto the California climate agenda

Hannity: It’s unacceptable and something that should be easily...

Office users are really going to hate this annoying...

AP PHOTOS: Life in Ukraine on the edge amid...

Transform Your Bathroom With High-Tech Gadgets – The Wall...

Mawi launches a patch to detect how brokenhearted you...

The quest to tackle mental illness in the workplace...

Apple will allow some apps to automatically charge you...

Zelensky taunts Russia as his forces retake 2,000km: ‘They made a good...

Queen Elizabeth II's coffin arrives at the Palace of Holyroodhouse, the British...