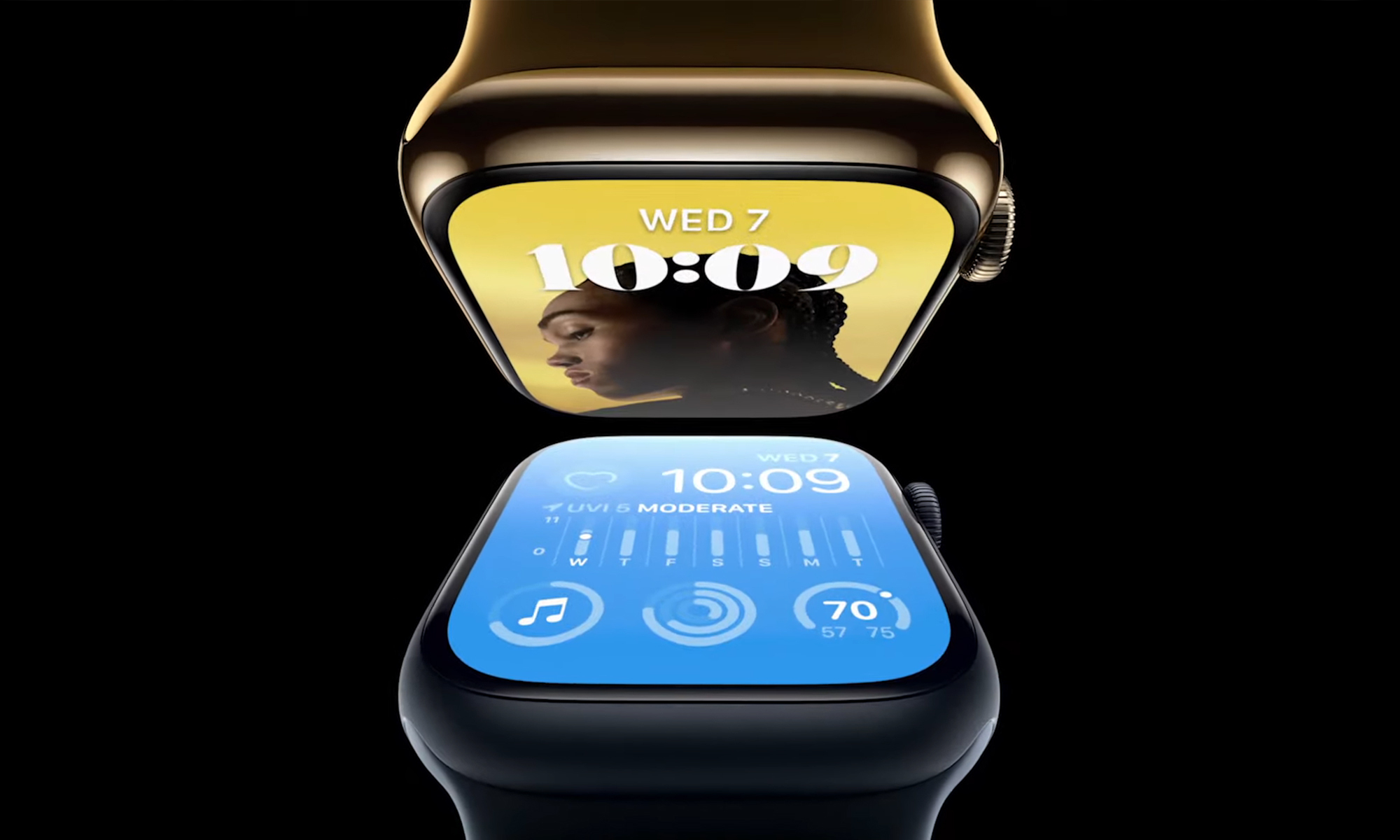 As is the tradition, Apple is pulling the cover off of a new Apple Watch at its September event. Rumors predicted that the Apple Watch Series 8 would be a mostly iterative update compared to last year’s model, and that appears to be the case so far. It looks essentially identical to the Series 7.

The first main new features is a temperature sensor, something focused on womens health. It’ll use this data to give an estimate on when you may ovulate. It’s meant to be used overnight, sampling your wrist temperature every five seconds so you can see nightly shifts from your baseline temperature. This will work for men and women, but for ovulating women it’ll help indicate ovulation. You’ll also get notifications on potential cycle deviations.

There’s also a new safety feature around driving called Crash Detection. Much as current watches can detect when you fall, the Series 8 can detect car crashes thanks to two new accelerometers. It works in concert with the other sensors already included in the Apple Watch to detect four different types of crashes, including rollovers, front impact, back impact and side impact.

Apple says that the Series 8 has the same 18-hour battery life, but there’s a new low power mode that can give you up to 36 hours on a full charge. It keeps a lot of the core features like activity tracking and fall detection while also turning off things like the always-on display. For anyone who knows they’ll be away from a charger for a long time should appreciate this feature, and it’s coming to older Watch models as well, from Series 4 onward.

Apple Watch Series 8 comes in four aluminum colors (silver, a black-ish midnight, a gold-ish starlight, and red), as well as three stainless steel finishes looks like the titanium models are going to be saved for the Apple Watch Pro, which we’ll probably hear about momentarily. The GPS-only model starts at $399, while the cellular models start at $499. It’ll be available on September 16th.

Follow all of the news from Apples iPhone event right here. Houston Astros bounce back against Philadelphia Phillies to even...

Iran complain to Fifa over flag change post by...

Birmingham Phoenix’s Will Smeed celebrates the first 100 in...

The Station: Tier buys Spin, Waymo gets to charge...

What Year Three of the Pandemic, Hybrid Work and...

New code suggests Twitter is reviving its work on...

Russia’s war in Ukraine and the impact of declassified...

Hannity: It’s unacceptable and something that should be easily...

Are You Sure You Know What a Photograph Is?

‘We Were Worse Than Prisoners’: The Plight of Undocumented...

Writing your will is a surprising form of self-care,...

Deborah James made a dame by William at her...

Perdue says he ‘misunderstood’ Trump supporters’ ‘lock him up’...

Mississippi youth softball umpire says she was punched in...

Groomers, Looters, And Other Progressives

Hear from these amazing investors and founders on TechCrunch...

‘We thought it would take years to play a...

Swiatek pulls out of Sydney event with rib injury

The golden age of the Golden Visa might be...

‘One person turned up to watch my Fringe show’

Why Pain Feels Worse at Night