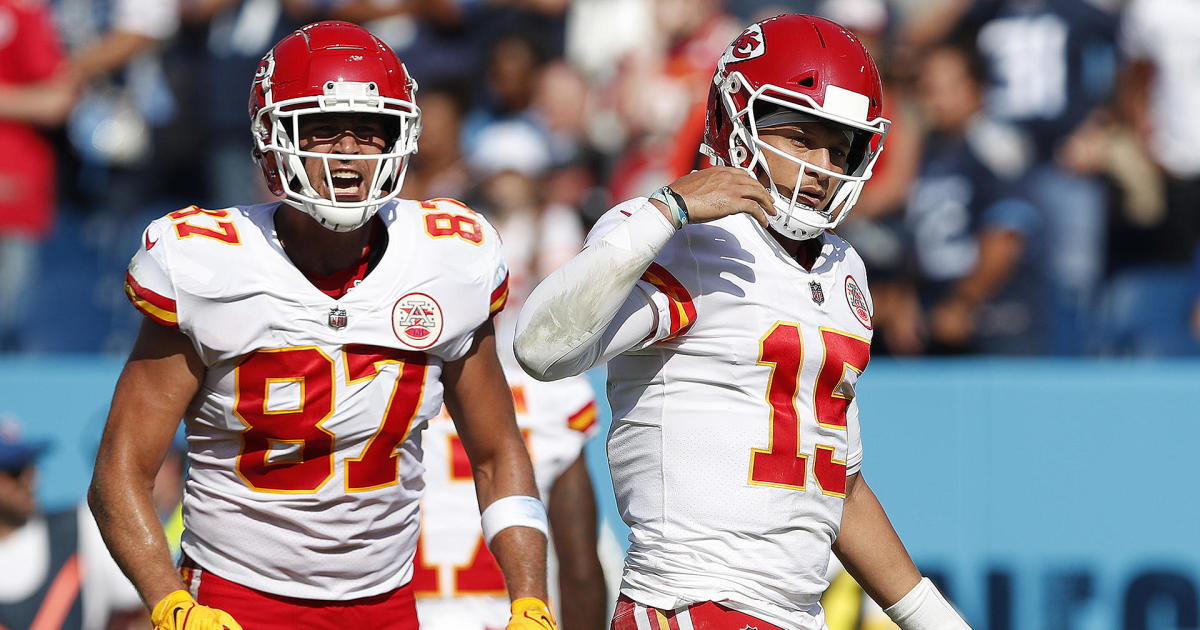 BOSTON — Week 1 of the 2022 NFL season has arrived, which not only marks the return of real football, but also the fantasy variety that is beloved by millions.

Everyone has a shot at winning it all before the season kicks off (minus that one owner who inevitably crashes and burns every year), but we could all use a little bit of help to begin the quest for a fantasy title. For that, we turn to CBS Sports fantasy football analyst Heath Cummings, whose weekly positional previews will put you in the best spot to build a winning roster.

Here are his previews for Week 1:

Chicago’s Justin Fields — albeit against a stingy 49ers defense —  could also be a solid waiver wire pickup if you don’t like who your quarterback is playing against.

“Rushing quarterbacks like him (and Lance) are exactly the type of players who emerge from the double-digit rounds to become league-winners. Even with his lack of weapons, Fields has that upside,” Cummings notes.

Cooper Kupp, (vs. Buffalo), Justin Jefferson (vs. Green Bay), Ceedee Lamb (vs. Tampa Bay), Davante Adams (@ L.A. Chargers), and Ja’Marr Chase (vs. Pittsburgh) top Cummings’ receiver list for Week 1. If you don’t like your receiving group — or their matchups in Week 1 — he likes Texans wideout Nico Collins as a potential waiver wire pickup.

“Collins was under-drafted all offseason, so it’s no surprise that he’s under-rostered in September,” Cummings wrote. “He’s the clear No. 2 option for a Texans team that should be chasing the score in Week 1. He ranks as a borderline No. 3 wide receiver for me and a good flex in full PPR leagues where you start three wide receivers.”

“This game will be the first hint as to how much Doug Pederson’s new offense looks like his old offense. Engram looks like the clear No. 1 tight end on a team without a target-dominating No. 1 wide receiver,” he wrote. “It’s possible a month from now we view him as a must-start tight end.” Slope brings on new CFO, customers, capital as it...

This PS Plus Premium feature makes your PS5 wishlist...

Dog accidentally sent through an X-ray machine at a...

Alphaledger Uses Blockchain for Muni-Bond Deals in an Industry...

Brazil election: ‘We’ll vote for Bolsonaro because he is...

Big money will soon be available for Minnesota farmers...

Kenya directs all banks to stop dealing with Chipper...

The European Union and New Zealand say they have...

Canon is about to give affordable cameras a much-needed...

If We Want Children to Thrive in the Future,...

Dreaming of $1.5B Powerball prize? Consider not taking cash

What to watch on Fox Nation the month of...

Seeking: GOP dealmakers who won’t ‘burn the House down’....

Captaincy conundrum for fantasy managers – check out this...

DeviantArt is launching its own AI art generator

Félicien Kabuga: Rwanda genocide suspect due to go on...

We may have our first look at the Google...

Apple unveils the M1 Ultra, its most powerful chip...

Buy More Ammo: What NATO Is Learning in Helping...

Author Salman Rushdie has lost sight in one eye...

Silvergate Raced to Cover $8.1 Billion in Withdrawals During...

The ‘Mortal Kombat’ movie is getting a sequel

What Was The Woke Tipping Point?

Afghanistan face veil decree: ‘It feels like being a...

Researchers find new function performed by almost half of...