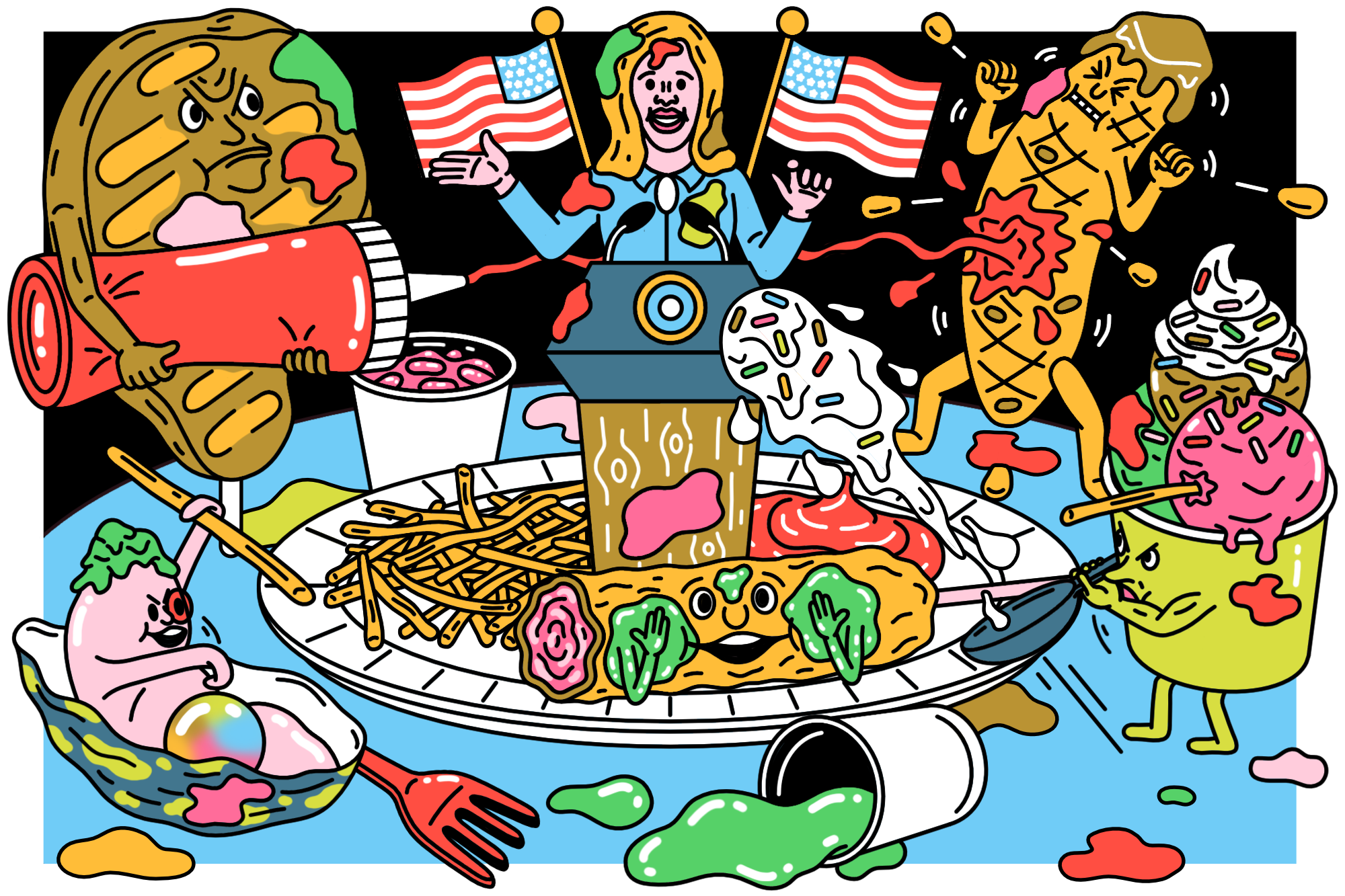 Today, the cultural signifiers for the average American are now domestic beers and overly processed fast foods. How did unhealthy food come to be seen as more American?

The U.S. government encouraged Americans to preserve and can their own foods to aid with the war effort in posters and other propaganda. Here was this whole advertising campaign that depicted what a patriotic and prepared housewife would have in her pantry, and its all these canned foods, Brock explained.

When the war ended, canned foods had become a staple of the American diet by design. The American food industry, which had been making rations for soldiers, now marketed those shelf-stable products to American women.

Advertising campaigns suggested processed foods, Betty Crocker cake mix and canned pineapples, could be used as a shortcut for homemakers. Pillsburys instant mashed potatoes and cakes were advertised as a womans secret.

This era formed the link between processed, unhealthy food and relatability long before Obamas arugula gaffe.

Today, processed foods are less about patriotism and more about necessity. According to the USDA, about 19 million people in America live in a food desert, which is defined as a place where a third of the population lives greater than one mile away from a supermarket for urban areas, or greater than 10 miles for rural areas. The USDA also notes more than 38 million people, including 12 million children, in the United States are food-insecure. Shelf-stable foods, fast foods, processed foods these are the foods keeping Americans alive.

Having access to fresh foods and vegetables is a sign of wealth and the free time to cook it. Sure, its a simplification, but in America, politics has never been about nuance. Today, a politician can be quickly branded an elitist if they like foods that are minimally processed. Tory MP Lee Anderson branded out of touch for...

Soldiers with paratrooper before he was beheaded face courts-martial

The Two Lives of Robert Hanssen

Discover Guardians of the Galaxy: Cosmic Rewind Creations by...

Could self-driving bikes change how we use cities?

Mastercard SpendingPulse: Back-to-school sales to be up 7.5%

Cardi B laments inflation: ‘Everything is high’

Warrington Wolves: Why this rugby mascot drove off with...

Manchin on Biden’s spending bill: ‘No negotiation going on’

WhatsApp update means you can finally leave groups without...

A2 Milk jumps before halt on FDA nod news,...

46 migrants found dead in back of truck in...

Could This Drug Help Counter Monkeypox?

In pictures: South Carolina and UConn in NCAA final

Off the Ball with Stuart Cosgrove & Tam Cowan