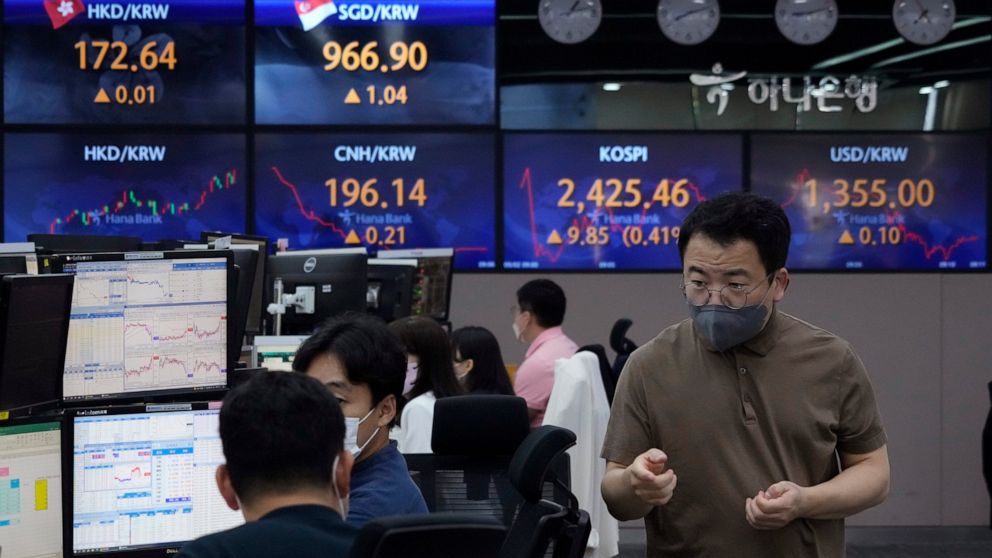 Investors looked ahead to U.S. data on August hiring to see how the economy is responding to four earlier hikes to cool inflation that is at a four-decade high. A strong reading would give ammunition to Fed officials who say higher interest rates are needed to slow economic activity and reduce upward pressure on consumer prices.

If the figures show more than 300,000 jobs were added, it could likely reinforce further lean towards a rate hike as big as 0.75 percentage points at this month’s Fed meeting, said Yeap Jun Rong of IG in a report. That would be three times the Fed’s usual margin of change.

China on Thursday ordered most residents of Chengdu, a city of 21 million people, to stay home following new virus outbreaks. The area is recovering from power rationing after a drought depleted reservoirs for hydroelectric dams, but economists said earlier the national economic impact should be limited because the region’s industrial output is small compared with other parts of China.

India’s Sensex opened down 0.1% at 58,741.42. New Zealand and Jakarta gained while Singapore and Bangkok declined.

The benchmark ended August with a 4.2% loss after surging the previous month on expectations the Fed might ease off rate hikes due to signs U.S. economic activity was cooling and inflation might be leveling off.

Those hopes were dashed last week when chair Jerome Powell said the Fed needs to keep rates elevated enough for some time to slow the economy. The only question for many investors is how much and when the next hike will be.

On Thursday, the Labor Department reported unemployment claims fell last week in another sign of a strong job market. It said earlier this week there were two jobs for every unemployed person in July.

Nvidia dropped 7.7% after the chip designer said the U.S. government imposed licensing requirements that might disrupt sales to China. Bought a TV over the holidays? Here’s why you...

Celebrating the Legacy of Disney Conservation

Angela Lansbury dead: Beauty and the Beast and Murder...

Graham Arnold: Australia coach to stay with Socceroos until...

AI is already better at lip reading that we...

EXPLAINER: How do Australian parties differ on key issues?

Soldiers with paratrooper before he was beheaded face courts-martial

Megan Rapinoe on changing USWNT role: ‘I think I...

Where to Find Those Free N95 Face Masks

UK urgently needs new laws on use of biometrics,...

How to beat inflation: Buy what you know —...

Holiday Shopping Looks Anything But Festive for Retail Stocks

A Visit to the Pao Arts Center

Do Minnesota cases show it’s getting easier to convict...

The Uplift: A podcasting priest and a little Prince

What does Awaab Ishak’s death tell us about England’s...

Has Russell Wilson lost his ‘superpower’ in Denver?

Competing with Guardiola will not change friendship – Arteta

The language we use to talk about pregnancy and...

NATO Allies Are Set to Ramp Up Weapons Supplies...

Extremist lawmaker surges ahead of elections in Israel

Football Focus: Jordan Pickford on wedding day nerves and maturing as a...