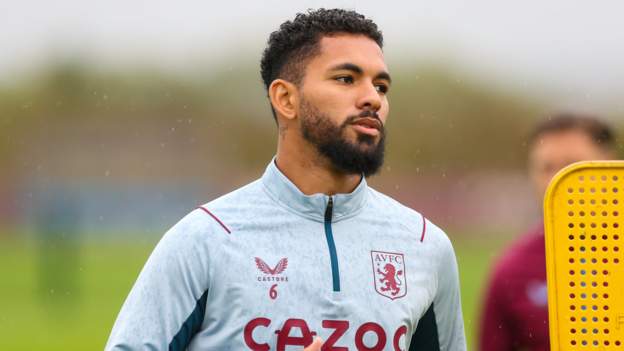 The 24-year-old scored in Villa’s 2-1 defeat at Emirates Stadium on Wednesday.

The Gunners were hopeful of doing a deal before the transfer deadline, but saw a second bid of £23m turned down.

Villa have been insistent that they would not part with Luiz, and it remains to be seen whether Arsenal return for a third time in an attempt to change their hardline stance.

Luiz has been a key figure for Villa since joining from Manchester City in a £15m deal following their promotion back to the Premier League in 2019, making 116 appearances.

Arsenal meanwhile are looking for further reinforcements having made five signings during the summer. To optimize for growth, study your down-funnel metrics –...

Peloton to Stop In-House Bike Production as Part of...

Alexander Volkanovski glad to ‘finally put an end’ to...

After another Premier League defeat, what has gone wrong...

Finland asks: Can a prime minister party like a...

After Hurricane Ian left Cuba in the dark, protestors...

Republicans stand by McCarthy as accusations fly over leaked...

Albertsons $4B payout to shareholders amid merger paused

FA Cup: Liverpool and Manchester City fans to be...

Adobe Acrobat may be quietly sabotaging your antivirus

The Last Case of Benedict Fox looks like my...

3 more bodies found in sinking of boat off...

Dr. Mehmet Oz On The Entire Country Not Trusting...

Woman Replies to Backlash Over Adding Butter to Boyfriend’s...

IKEA reopens for online fire sale in Russia before...

Google Stadia refunds are coming, but still no word...

Deus Ex and System Shock creator has a new...

Commentary: ‘Boomerang employees’ could be the untapped talent pool...

Ron DeSantis’ targets are fighting back

Heavily pregnant woman can have C-section against her will,...

Zoom is undergoing some serious changes that you might...

Virtual Internships matches students with top companies around the...