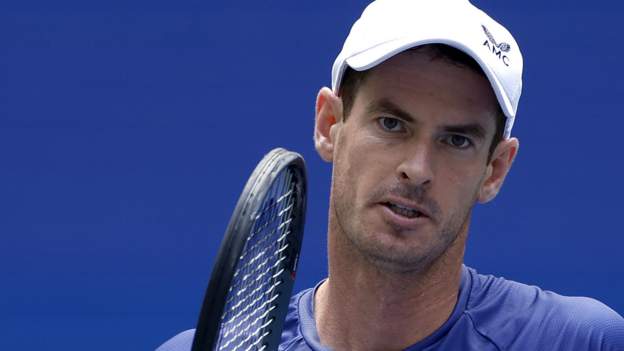 Andy Murray overcame a stunning start by young American wildcard Emilio Nava to reach the US Open third round for the first time since 2016.

The 35-year-old Scot often looked subdued, perhaps a result of his early frustration, but had enough quality.

The 2012 champion will play Italian 13th seed Matteo Berrettini or France’s Hugo Grenier in the last 32.

A deep run at a major tournament has long been one of Murray’s biggest targets, with his body eventually starting to hold up for longer periods than recent seasons.

Since having the hip surgery that he feared could end his career in 2019, Murray had only reached the third round at a Grand Slam event once when he lost to Canada’s Denis Shapovalov at Wimbledon in 2021.

Eventually he reached the same stage again at Flushing Meadows, where he won his first major title in 2012. Tucker: This is the cause of the baby formula...

Can Crypto Save Social Media?

Biden to sign joint declaration with Israel’s Lapid to...

Sarah Palin Tests Positive for Covid on Eve of...

US job growth stronger than expected as economy adds...

SSDs could squeeze hard drives out the data center...

Could Trump declassify at whim and does it get...

Democrats to bring up domestic terror bill after 10...

Adams digs in on anti-gay hires

Asian stock markets rise ahead of US jobs data

The battle between MediaTek and Qualcomm is hotting up

‘Now I Had Proof’: Internet Backs Woman Who Put...

‘Becoming a Mom Helped Me Realize I am Gender...

Man who hid guns in unfinished jail convicted of...

Derek Stingley Jr amped to get started with Texans,...

Teen becomes youngest woman to fly solo around the...

EXPLAINER: How real are Putin’s nuclear threats in Ukraine?

Christian Eriksen back in Denmark squad