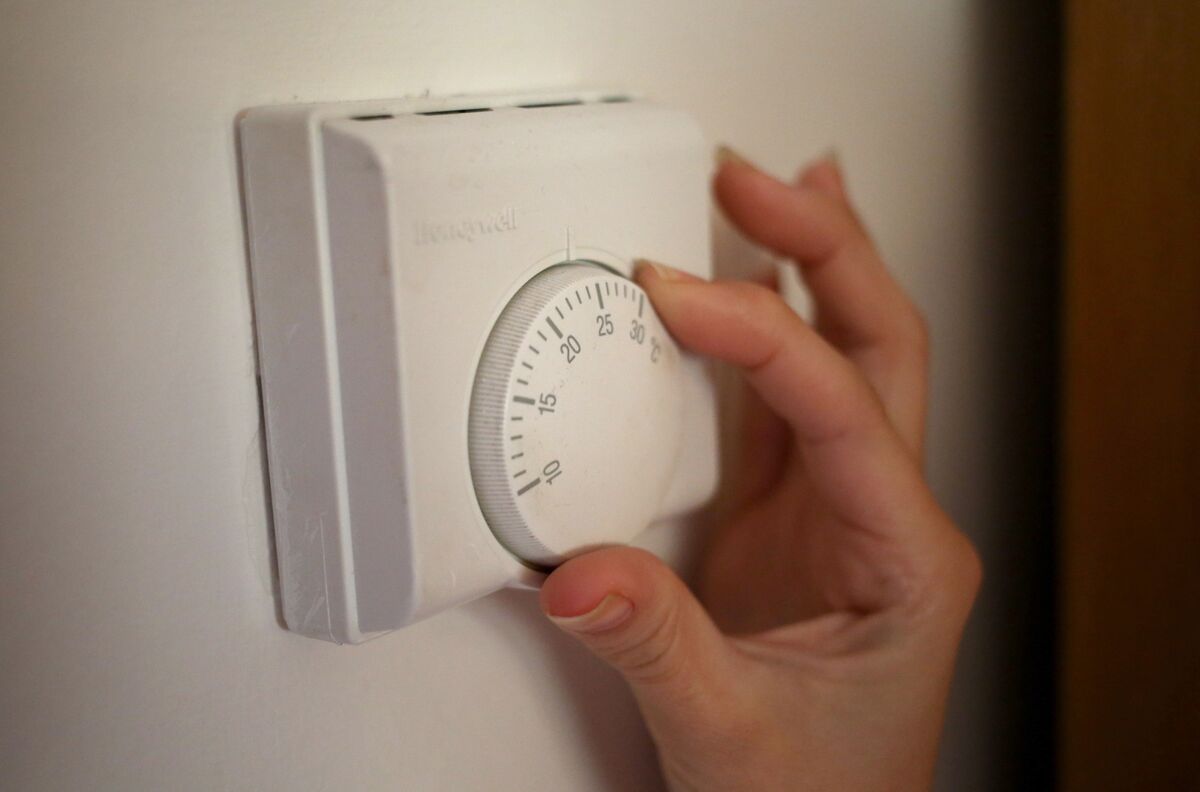 The Readout newsletter with Allegra Stratton.

The UK governments £400 payment to help households with

surging energy bills could be about to shake inflation markets and the nations stretched finances.

The Office for National Statistics will announce Wednesday whether the £12 billion ($14 billion) in aid, which will be spread over six months, should be considered an income adjustment or a price adjustment. If the latter, that will ease official inflation figures in the coming months.

Its a technical decision that wont reflect consumers experience of the

cost-of-living crisis, but it will have far-reaching consequences elsewhere, including for payouts on some securities and government finances.

Deutsche Bank estimates that subtracting the rebate will reduce the Retail Prices Index, which determines payments on UK inflation-linked debt, by about 2.7 percentage points. That would lower the debt interest bill by around £14 billion this year, according to Bloomberg calculations based on Office for Budget Responsibility data. RPI is also tied to some consumer products, such as mobile phone tariffs.

Such savings would be welcomed by the government, which is under intense pressure to spend even more in response to the surge in energy costs. A similar reduction in the Consumer Prices Index, and a potentially lower path for interest rates as a result, could also save the government billions.

Based on CPI, UK inflation is already above 10%. The Bank of England forecasts that it will top out just above 13%, although a surge in gas prices in recent weeks mean officials will almost certainly have to increase that forecast. That means the ONS decision may impact the peak rate this winter, but not change the direction of the outlook for prices.

The ONS announcement is due at 7 a.m. London time. Inflation swap markets are anticipating that the rebate will be taken into account in inflation numbers, according to Deutsche Bank.

How the payment will be treated has puzzled analysts and investors alike, said Sanjay Raja, Deutsches chief UK economist, who is among those who expects it will be ignored when calculating inflation data. Ultimately, it will be a judgment call.

manual says that the treatment of rebates is not clear-cut and decisions should be made on a case-by-base basis.

The ONS has to weigh the different factors carefully as, ultimately, linker holders could push back against ad hoc changes countering standard practice and the broader statistical treatment of the £400 rebate, said Morgan Stanley analysts including Theo Chapsalis. They see a high probability that the ONS will take the rebate into account.

Paul Hollingsworth, chief European economist at BNP Paribas, agrees, citing the fact that the payment is universal, automatically-applied and directly applied to the bill.

David Miles, who prepares macroeconomic projections at the OBR, said earlier this year that he

believed the rebates would not impact inflation.

UK internet searches for the term `inflation’ have surged this year

Whatever the case, the technical decision comes at a particularly sensitive time.

searches for inflation have soared, and the topic has been a non-stop theme in Conservative leadership

hustings to determine the next prime minister.

The ONS decision could grow in importance if the rebate is increased or extended. Outgoing Prime Minister Boris Johnson said Friday that more cash will be

allocated to support households. The campaign of Foreign Secretary Liz Truss — the favorite to succeed Johnson —

What to Know About the Fight Between Asia’s Richest Man and... What to Know About the Fight Between Asia’s Richest Man and... The moment a woman was saved from rushing flood...

China Tests Tech That Could Beam Solar Power From...

Ex-Texas jail warden and his brother are accused of...

Despite Trump Pardon, Ex-GOP Congressman Fined for Misuse of...

Microsoft’s Smith Wants to Keep the Peace With EU...

McIlroy major drought goes on after another near-miss –...

Register for free and explore data trends at Data...

NI politics: Is another Stormont election a certainty?

Takeoff, dead at 28, recently said he wanted his...

Bob Iger was on a $10m consultancy deal with...

Tom Brady in middle of skirmish as Bucs win...

Suella Braverman back as home secretary after resigning

The Shadow Is Born: How the Fed Helped Spawn...

Trump speaks via video at rally of global far-right...

Michelle Obama, Newsom ‘In the Wings’ Amid Biden Scandal:...

Republicans have ‘distrust, but verify’ view on DOJ, former...

Uber to pay millions for overcharging people with disabilities

World Cup Now: What went wrong for Belgium in...

U.S. envoy to NATO: No American policy of regime...

The first drug to have even a limited impact...

At least six people dead from tornadoes in Alabama

Town near Uvalde revokes NRA-aligned group’s use of city...

Can Daniel Jones succeed as Giants QB in now-or-never...

Something happened to Ashkenazi Jews in medieval Europe to...

Does Intel Raptor Lake have a secret weapon 34-core...

Texas-Alabama: What would ‘progress’ look like for the Longhorns?

‘We have a telescope’: James Webb Space Telescope’s secondary...

Another US congressional delegation in Taiwan amid tensions