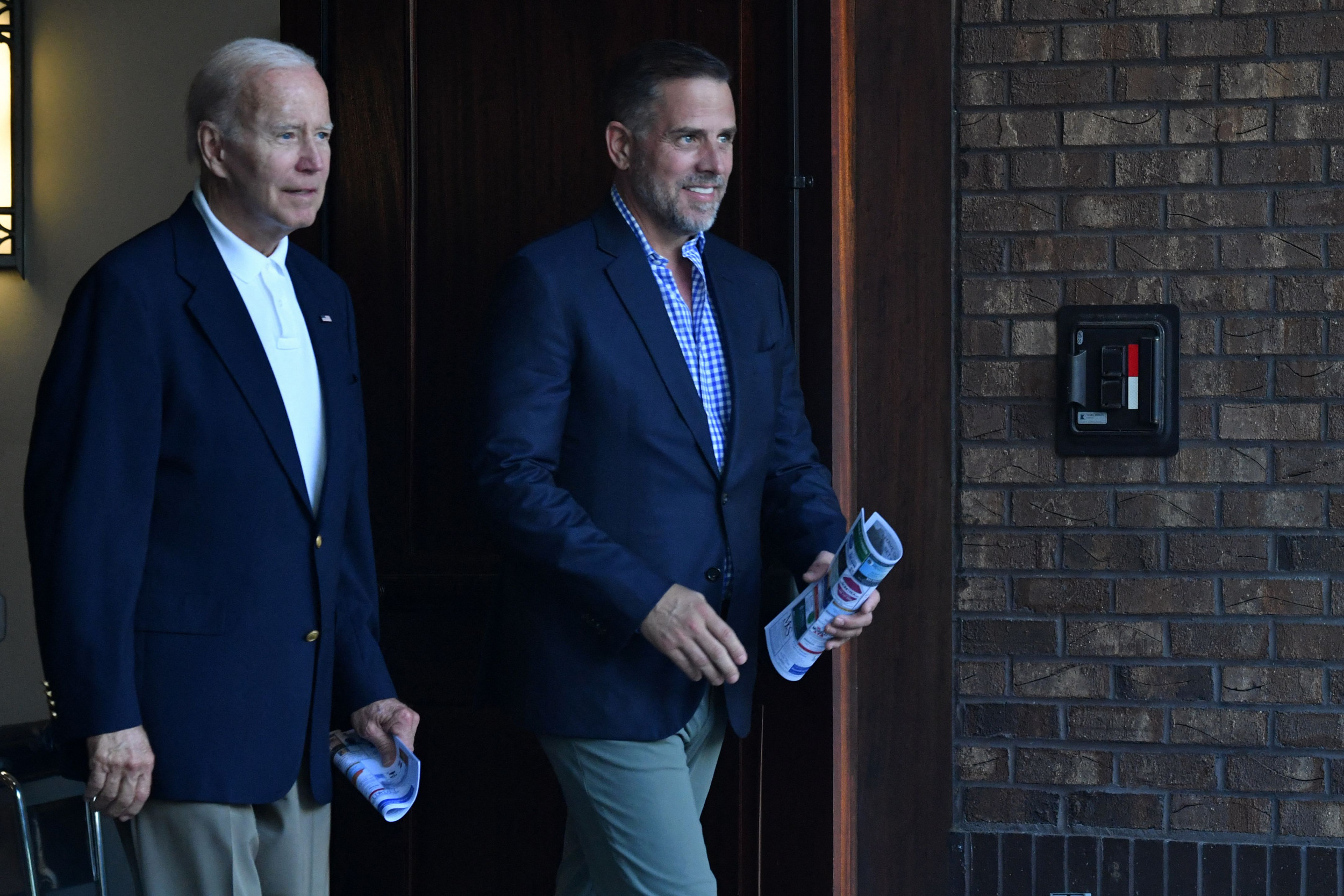 The full trailer of My Son Hunter, a film depicting the alleged life stories of Hunter Biden and his father President Joe Biden, has gained 1.3 million views on Twitter as of Saturday afternoon since it was released on Thursday.

The film, which is being released and distributed by conservative website Breitbart, focuses on Hunter Biden as he navigates a number of issues in his life that involve drugs, Chinese spies, Ukrainian oligarchs, and international business deals, among other incidents, according to The Independent.

Toward the end of the trailer, words appear on the screen calling for viewers to “witness the sensational, bombshell, unbelievable, scandalous, corrupt, censored, shocking true story” of the Biden family.

The movie, which is directed by Robert Davi, stars Laurence Fox as Hunter Biden and John James as President Biden, according to the film’s website. The film’s scheduled release is set for September 7.

“Breitbart has always believed freedom flourishes with more voices, not less, said Larry Solov, CEO of Breitbart, after the film teaser was released, according to The Independent. “As we begin distributing films, that belief will be a guiding light. In 2020, Big Tech colluded with the mainstream media to bury one of the biggest political scandals to protect their chosen presidential candidate. It was unprecedented and outrageous. My Son Hunter is a film they never wanted you to see, which is precisely why Americans must. This is not a true story, except for all the facts.”

Meanwhile, the trailer gained mixed reactions on Twitter following its release with one user @IvoryTurnedIII, saying: “Now do, ‘My Son Don, Jr.,'” while another Twitter user @D_CurrieDC said: “If I was American, having seen that trailer, this film would make me vote for Biden!”

“Too funny – only problem is they make Joe out to be some mafia boss when in reality he’s usually drooling in the corner,” user @Janzy75 wrote. Meanwhile, Twitter user @Q_Element wrote: “A movie isn’t enough, this should be a Netflix series!”

Above, President Joe Biden alongside his son Hunter Biden exit Holy Spirit Catholic Church in Johns Island, South Carolina, on August 13. The full trailer of “My Son Hunter,” a film depicting the alleged life stories of Hunter Biden and his father, has gained over 1.3 million views on Twitter since it was released on Thursday. Photo by NICHOLAS KAMM/AFP via Getty Images

Hunter Biden has been heavily criticized by Republicans long before his father won the presidential election in 2020. The president’s son is being investigated for allegations involving potential money laundering and violations of foreign lobbying and tax laws. The probe is also looking into his foreign business dealings at the time Joe Biden was vice president under former President Barack Obama.

However, Hunter Biden repeatedly asserted his innocence, while his father said that he is “confident” that his son didn’t break the law, according to Politico. The president also confirmed that he will not interfere in the Department of Justice’s (DOJ) investigation.

Newsweek reached out to the White House and Hunter Biden’s lawyer Christopher Clark for comment. Your Saturday Briefing: Keeping Crypto and Twitter on an...

A face only a mother could love: Terrifying photo...

‘I Escaped From Iran—Mahsa Amini’s Death Shows the World...

Myanmar junta urges ASEAN envoy not to engage with...

Georgia residents can now claim a fetus as a...

Top tips to save money and reduce food waste

Scotland’s Push to Secede From UK Won’t Go Away

The Post-Roe Battleground for Abortion Pills Will Be Your...

Netflix spoiled the Ozark finale – Here’s how to...

Health: Wales’ children get F in fitness in global...

Teen who died at theme park may have been...

The most boring Boston Dynamics robot is coming to...

UK’s Brexit Gambit Under Fire at Home and in...

Countless phone calls, a late-night Zoom and lots of...

US authorities seize iSpoof, a call spoofing site that...

Citi, Goldman, BofA in talks with regulators over texting...

Upper90’s strategy of cutting checks with credit and equity...

Bilkis Bano: Protests in India over release of gang rapists