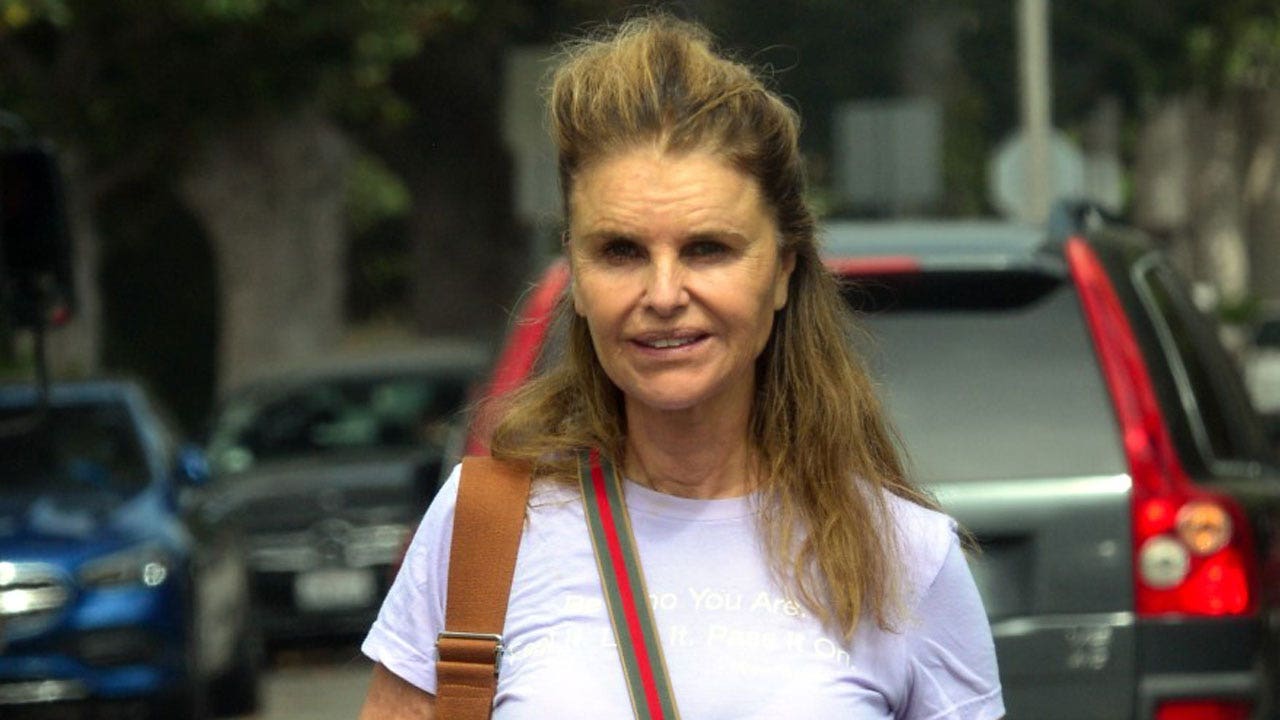 Maria Shriver was spotted out and about in Santa Monica, California as she takes a step back from work for the month of August.

Shriver, 66, kept it casual for her outing in a white t-shirt and black yoga pants. The NBC News correspondent had her bangs pulled back out of her face.

Shriver is currently building a home in the area and had stopped by the construction site to check on progress.

Maria Shriver enjoys a day out in Santa Monica as she visits the site of her new home, which is under construction.

ARNOLD SHWARZENEGGER AND MARIA SHRIVER THROUGH THE YEARS

Shriver’s day out comes as she finishes up her month-long break from work. The former First Lady of California announced her break on Instagram weeks ago.

“One practice I instituted a few years ago is taking the month of August away from workaway from writing my weekly column in @thesundaypaper, and away from my work at @nbcnews and @womensalzmovement. And now Ive added @moshlife to my plate. Ive been known to put too many things on my plate, so stepping back allows me to reflect on what Im doing and why Im doing it,” she wrote on Instagram at the beginning of the month. “It allows me to look at everything on my plate and look for breathing space. Its given me the chance to reboot.”

Shriver went on to encourage others to take a break from work every once in a while.

Besides her journalism career, Shriver is well known for her previous marriage to Arnold Schwarzenegger. The two married in April 1986, but Shriver filed for divorce in 2011 after news broke that the actor had an affair with the family’s housekeeper.

The former couple’s divorce was finalized in December 2021. Shriver and Schwarzenegger’s property settlement had kept the divorce from being finalized all these years.

Schwarzenegger and Shriver’s relationship fell apart after the former California governor secretly fathered a child with their housekeeper Mildred Baena in 1996. Schwarzenegger has maintained a relationship with Joseph, the son he shares with Baena.

Schwarzenegger and Shriver have children as well. The former couple shares sons, Patrick and Christopher, along with their daughters, Christina and Katherine. BBC Concert Orchestra to take up residency in Great...

Manchin: There are ‘no negotiations’ on Biden spending bill...

Harris traveled within several yards of pipe bomb outside...

A brilliant ensemble cast makes this darkest of comedy-dramas...

Here’s another reason you should be careful about what...

‘The Batman’ and a BTS concert broadcast power box...

AT&T and Verizon agree to 2-week delay in rollout...

How an ancient sea dragon was dug up

The Elk Live Bridge Lets You Jam Together Online