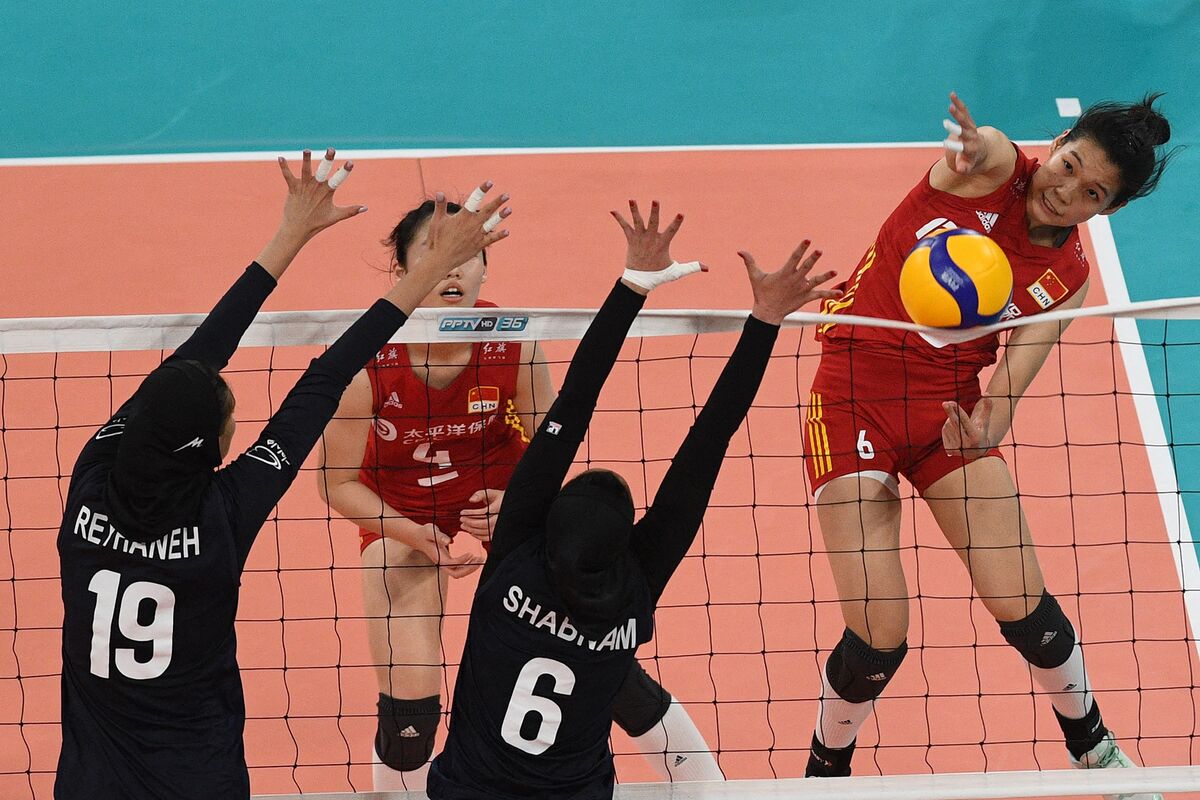 womens volleyball team was struggling in their first Asian Cup set versus Iran until halftime, when they removed the masks they were wearing to protect themselves against Covid-19 and turned things around. After losing the first set, they eventually won the match, three sets to one.

Despite the win, the episode has sparked a social media furor in China, where strict zero-tolerance pandemic restrictions mandate universal mask-wearing, mandatory quarantines and constant virus testing. But the widespread outrage over the athletes competing in masks reflected a growing unease with the zealotry of the approach, as viewers blamed authorities for sacrificing the players health for the sake of the countrys

Chinas volleyball association later apologized on Weibo, saying the players initially wore masks to protect themselves since no clear rules were given on mask-wearing. The group said it failed to remind the players to remove their masks due to lack of experience.

We realized wearing masks was bad for athletes health in the second half of the first set, and the team promptly reminded the players to take off their masks and finish the rest of the game, the association said.

The incident is the latest example of how

Covid Zero is being taken to the extreme by some in China, inciting backlash from disgruntled citizens. President Xi Jinping has insisted on the approach throughout the pandemic, even after the rest of the world dropped most or all of their mitigation measures and now lives with the virus as an accepted if unwelcome facet of life.

While there is no definitive data that shows mask-wearing interferes with breathing or athletic performance, the situation sparked heated and wide-spread discussion among Chinese social-media users. Most found fault with the teams coaches and managers, saying those in authority chose Covid Zero over their players health.

Whoever made up this decision should do an intense workout for one hour wearing a mask, one angry social media user wrote. The hashtag tied to the controversy on Weibo has generated more then 40 million reads.

said the incident wasnt political or tied to Covid Zero. Instead, it developed because of the specific situation at the match.

I have always been opposed to excessive virus prevention, Hu said. I have seen reports of women volleyball teams wearing masks during games because uncertainties of infections on the field, but wearing masks for strenuous sports is apparently bad for people.

masks during exercise doesnt significantly affect respiration, heart rate, oxygen levels or athletic performance, although it does alter the perceived level of effort and increases discomfort — especially at

With assistance by John Liu, and Claire Che Kia will let you summon an actual human to...

Canada score their first goal in history of men’s...

Atlanta arborists are pledging to replace every single tree...

Dallas Cowboys ride into season of high hopes after...

US military faces crisis in Hawaii after leak poisons...

The man who beat Amazon says he’s just getting...

Crypto startup Ledger teams up with Cathay Innovation to...

Jury begins deliberations in contempt of Congress case against...

EPA moves to crack down on dangerous coal ash...

Man dies after being hit by a lorry on...

Ukraine winning in the North but war isn’t won...

Sokowatch rebrands to Wasoko as it raises $125M Series...

Apple opens Self Service Repair to US iPhone users

Cooking With Soul at Disney: Enjoying BBQ with Pit...

In Beijing subway, English names are being replaced by...

The Music’s Still Playing at the Private Equity Deals...

Google will test alternatives to its Play Store billing...

Climate Tech Investors Advise the Boom Is Here to...

The Morning After: Marvel’s Netflix shows will reappear on...

McCarthy: Cheney, Kinzinger would have ‘hard time ever coming...