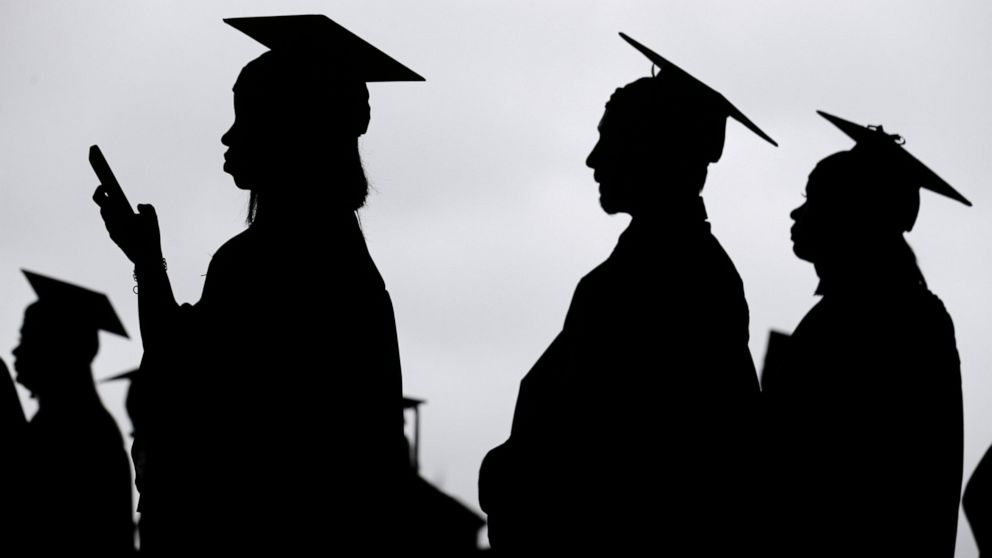 NEW YORK — President Joe Biden is expected to announce Wednesday that many Americans can have up to $10,000 in federal student loan debt forgiven. Details of the plan are still being finalized, but here’s what we know so far and what it means for people with outstanding student loans:

Three people familiar with the plan say it will forgive up to $10,000 in student loan debt for anyone who makes less than $125,000 a year. They spoke on condition of anonymity to discuss details of the plan before it is announced. Some categories of borrowers could be eligible for more relief, but that was still being discussed.

WILL THE STUDENT LOAN PAYMENT FREEZE BE EXTENDED?

Those same people say the pause on student loan payments will be extended until January. The freeze started in 2020 as a way to help people struggling financially during the COVID-19 pandemic and it’s been extended several times since. It’s currently set to expire on Aug. 31.

Interest rates will remain at 0% until repayments start. Under an earlier extension announced in April, people who were behind on payments before the pandemic will automatically be put in good standing.

WHO WILL QUALIFY FOR STUDENT LOAN FORGIVENESS?

Details are yet to be announced, but only people making less than $125,000 a year are expected to qualify. People who borrowed through most federal student loan programs are likely to be eligible, while those who have private loans issued by banks or schools probably won’t be.

HOW DO I APPLY FOR STUDENT LOAN FORGIVENESS?

Details of that have not yet been announced, but more information will likely be available later Wednesday.

HOW MANY PEOPLE WILL THIS HELP?

WHAT IF IVE ALREADY PAID OFF MY STUDENT LOANS WILL I SEE RELIEF?

The debt forgiveness is expected to apply only to those currently holding student debt.

Critics believe the White House will face lawsuits over the plan, because Congress has never given the president the explicit authority to cancel debt. We don’t know yet how that might impact the timetable for student loan forgiveness. GOP tries to neutralize Scott-McConnell ‘distraction’ amid battle for...

Chris Noth edited out of ‘And Just Like That’...

A new, cheaper Chromecast upgrade is on the way...

Demand for abortion pills expected to rise if Roe...

5 midday snacks that boost energy and focus during...

California moves to regulate ‘Erin Brockovich chemical,’ but she...

Kohl’s holds off barbarians at the gate… for now

Simon & Schuster publisher steps down to work on...

Grass fires break out in Surrey and London

Pence: Trump ‘endangered me and my family’

South Korea: ‘They cancelled my job interviews because I’m...

The golden age of the Golden Visa might be...

No-hitter thrown for just the second time in World...

Meta will integrate Zoom and Microsoft Teams into its...

In Wisconsin, Barnes reckons with liberal past as he...

How the Ukraine crisis is already hitting Americans’ wallets

Nancy Pelosi slammed over so-called ‘connection’ with China: ‘We...