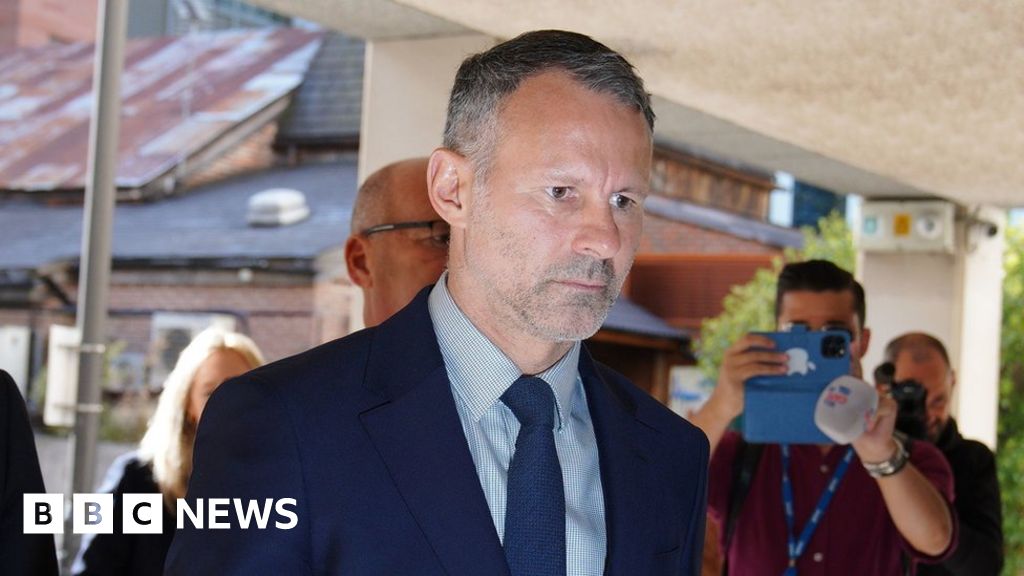 Kate Greville wrote a “final goodbye” letter to ex-football star Ryan Giggs three days before he allegedly assaulted her, a jury has heard.

The letter details his alleged infidelities with at least eight women.

Mr Giggs’ defence team read out the letter, which began: “I know pretty much everything you have been doing with other women behind my back since the day I met you.”

In the letter, titled, The Final Goodbye, read out at Manchester Crown Court, Ms Greville described Mr Giggs, the former Wales manager, as a “compulsive liar and serial cheat”, telling him: “My gut always told me you couldn’t be trusted”.

She added: “I now know you say the same things you say to me to multiple women. I’m nothing special, I was just the one you didn’t let have a happy life.”

The letter claimed the “other women” have “husbands and kids”.

Image caption, Ryan Giggs’ football career ended with him as the most decorated player in the Premier League era, with 34 trophies

Kate Greville’s “goodbye” letter to Ryan Giggs continued: “I know you and Helen had a full-on relationship while you were sleeping with me.

“You told her you loved her and wanted to have a family.”

The letter read to the court said “Helen” had “met the kids” and that she and Giggs were “in constant contact, even now”.

It went on to say: “You and Zara were also in a full-on relationship for nearly a year,” adding that Giggs “got your Harrods guy to send her a pair of shoes and a dress”.

“I know about Natalie and Suzie, not to mention Kelly,” Ms Greville continued.

“I know about the women you meet at the Stafford.”

The letter also detailed an alleged incident of Giggs “shagging someone else” when he was supposed to be picking Ms Greville up.

Ms Greville accused the former footballer and a woman called Steph of having a “full blown affair in 2014” which “carried on the whole time you were seeing me”.

She added: “Let’s not forget about (name redacted)” – another woman he was accused of being unfaithful with.

Image caption, Ryan Giggs says he and Kate Greville’s relationship progressed after they were both unhappy in their marriages

Kate Greville’s letter to Ryan Giggs continued: “You will never lie to me or cheat on me again.”

The former footballer’s ex-partner said she intended to keep the puppy they had bought, saying: “I think after everything you have put me through I deserve to have something good from this relationship.”

She said she had “finally found out I fell in love with a person who doesn’t even exist,” adding, “I’m sad you could never be honest with me about anything.”

The letter said: “You were constantly telling me you want to be happy but us girls can always tell when a man is lying and cheating.

“A little bit of advice: If you want to be happy with someone, be honest. Don’t cheat.

“I believe you loved and still love Helen but you cheated on her with me.”

Thai Court to Rule on Premier’s Term-Limit Dispute in...

Turkey Poised to Deliver a Massive Win to Putin...

3-year-old dies in hot car parked outside preschool in...

New Zealand apologises to player for ‘systematic failings’ on...

How Bill Gates and his partners took over the...

Does having sisters or brothers affect your adult personality?

Pig heart transplanted into Maryland man was carrying an...

Where polio vaccination rates stand in the US

Sri Lanka central bank to get new governor amid...

A supermoon is illuminating the skies this week. Here’s...

Scammers created a deepfake of top Binance exec to...

Shannon Bream: No Update On Who Leaked The Draft...

Republicans turn on each other amid post-Roe chaos

Documentary ‘All the Beauty and the Bloodshed’ wins top...

Roadworks on M8 motorway in Glasgow could last four...