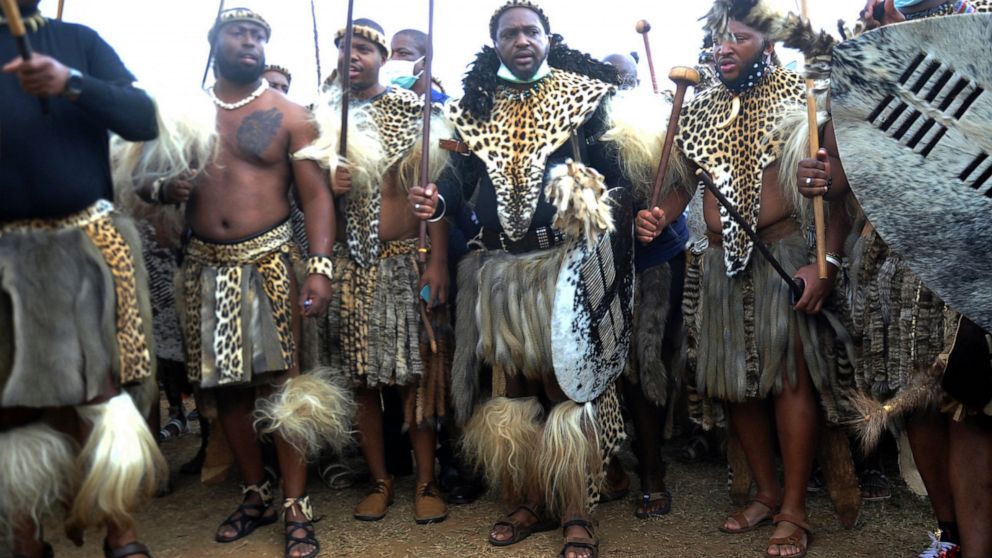 KWANONGOMA, South Africa — South Africas ethnic Zulu nation is preparing to host a coronation event for its new traditional king amid internal divisions that have threatened to tear the royal family apart.

King Misuzulu ka Zwelithini, a son of the late King Goodwill Zwelithini who died in March last year, will on Saturday undergo the traditional ritual known as ukungena esibayeni (entering the royal village) to mark his installation as the new leader of the Zulu nation.

The Zulu ethnic group is South Africa’s largest with more than 12 million people who are mainly located in the coastal province of KwaZulu-Natal.

The Zulu nation is historically recognized as having waged fierce resistance to British colonialism under King Shaka Zulu from 1816 to 1828.

The ceremony is expected to be attended by thousands of Zulu people including members of the royal family, traditional leaders of other ethnic groups and members of the Zulu nation.

It will proceed despite challenges from some members of the royal family who insist that Misuzulu is not the rightful heir to the throne.

Misuzulu is the eldest son of Zwelithini with his third wife Queen Mantfombi Dlamini-Zulu, who is said to enjoy an elevated status among his six wives as she was born from the royal house of Eswatini (formerly known as Swaziland), the last remaining absolute monarchy in Africa.

Queen Dlamini-Zulu held the title of Regent of the Zulu nation after her husbands death but died about a month later, naming her eldest son Misuzulu as the successor in her will.

However, some members of the royal family are opposed to Misuzulu as the successor, recognizing his eldest brother, Simagade Zulu ka Zwelithini, as the rightful heir instead.

Last weekend, the rival family faction held the ukungena esibayeni ceremony for Simagade even though it was not recognized by the rest of the royal familys elders who support Misuzulu as the rightful king.

To further confuse the situation, on Thursday Zwelithinis three brothers held a press conference in Johannesburg where they announced another of their brothers, Buzabazi kaZwelithini, as their preferred heir to the throne.

The late king reportedly fathered 28 children with his six wives.

The South African government recognizes Misuzulu as the rightful heir to the throne and is set to award him a recognition certificate at a date still to be determined.

The position of King of the Zulu nation is an influential one in KwaZulu-Natal province as a custodian of the ethnic groups traditional customs.

The king also wields control over vast swathes of land, estimated at 30% of KwaZulu-Natal or 10,810 square miles, through the Ingonyama Trust of which he is the sole trustee. Europe Is Bracing for a Brutal, Cold Winter

Media asks court to ensure access to trial over...

‘She’s a Human Being Who Was Killed in Cold...

This Microsoft Outlook update will bring back some much-loved...

What “The Godfather” means to Hollywood

Joshua Cribb on the markets (Radio)

Emirates to Start Paying Back Dubai for Its $4...

Kayleigh McEnany joins her mom in reflecting on raising...

Domestic abuse: ‘I stabbed my mother’s boyfriend as he...

The Lord of the Rings: Gollum is still on...

Settlement awards $3M to family of man who died...

Mississippi AG: No prosecution plan in Emmett Till lynching

Two men released in UK after arrests in connection...

Rachel Reeves on Tory government and PM’s record on...

Cost of living: Chip shops battered by price of...