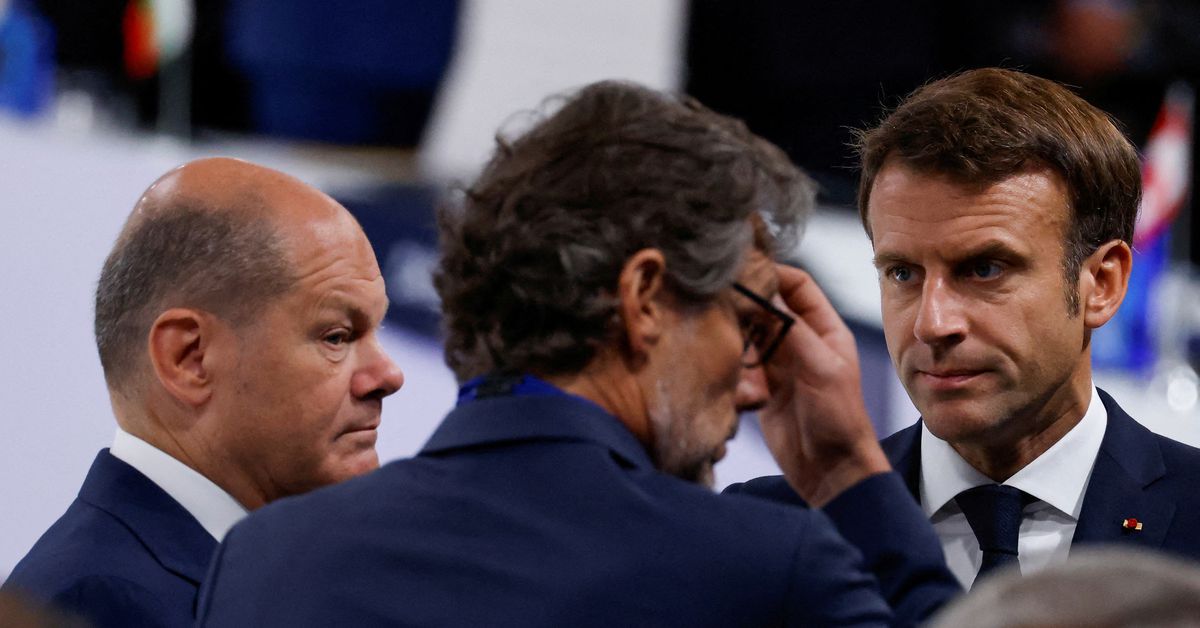 LONDON, Aug 19 (Reuters Breakingviews) – The French and German governments have chosen an odd way to stray from the European pack. As other major economies slap a windfall tax on power groups and other companies coining it from food and energy inflation, the euro zones two largest powers remain noticeable refuseniks. But they may not benefit as much as they hope from the refurbishing of their crisis-era business-friendly credentials.

The UK, Italy and Spain have, in different ways and for different industries, requested a special contribution from companies that thrived on higher energy prices, the post-pandemic recovery or higher interest rates. Paris and Berlin have different reasons to demur. France, because President Emmanuel Macron was reelected in May on a platform not to raise taxes. Germany, because Finance Minister Christian Lindner, a free market liberal, says he does not see the economic rationale for such a tax.

Even though windfall taxes are controversial, starting with the touchy definition of what exactly constitutes a windfall profit, the massive amount of extra spending that governments must undertake to deal with the ongoing crisis would justify such a move. It can be financed either by tax or by more borrowing. Low-debt Germany could afford to borrow more, in spite of Lindners obsession about deficits. It would be more difficult to do so for high-debt France, which seems to prefer pressuring companies to do the right thing for example, asking TotalEnergies (TTEF.PA) to lower the price of petrol at the pump.

Both Lindner and his French colleague Bruno Le Maire have hinted that taxing utilities or oil companies would compromise their efforts to make their respective countries choice destinations for global investments. In reality, industry threats of shrinking investments if such taxes are imposed must be taken with a pinch of salt. That is particularly true of direct investments. Companies taking part in the exploration of Britains North Sea wont find overnight alternative uses of their capital in Germany or France. Besides, the UKs overall tax burden, at around 37% of GDP, remains much below that of France (51%) or Germany (47%), according to the International Monetary Fund.

With a major global economic downturn looming next year, international investors might be better off assessing whether individual governments responses to the crisis will help fend off a major economic meltdown. Maybe by starting to look at how they spend the money, not so much how they raise it.

Germany should not tax excessive company profits earned amid an economic and energy crisis as that would interfere with market forces, Finance Minister Christian Lindner said in an interview to public broadcaster ZDF on Aug. 14.

The French parliament rejected on July 23 a bill from opposition parties that would have introduced a 25% tax on the super-profits of energy or transport companies benefiting from the crisis. Man tries to smash jewelry case with a brick

Milwaukee suspect in Emily Rogers’ killing had history of...

Emperor penguins at risk of extinction

Maverick Buyers Offloading Thousands of Civics, RAV4s for Their...

Elizabeth Warren explodes on ‘The View’, claims police could...

Spain Clamps Down on Crypto Advertising With Order to...

The Dish: Kickoff to Summer

Berney Arms: The hamlet that has all but disappeared

Final Fantasy 16 is near the end of development,...

Five contenders to be next UK PM to face...

George Floyd’s death: What did other three officers do?

BP’s Oil Sands Exit May Not Be the Last...

Here’s What Analysts Say Are Priorities for Philippines’ Marcos

Harris tells Democrats ‘stakes could not be higher’ as...

Russia Was Behind DDoS Attacks Against Ukraine, US Officials...