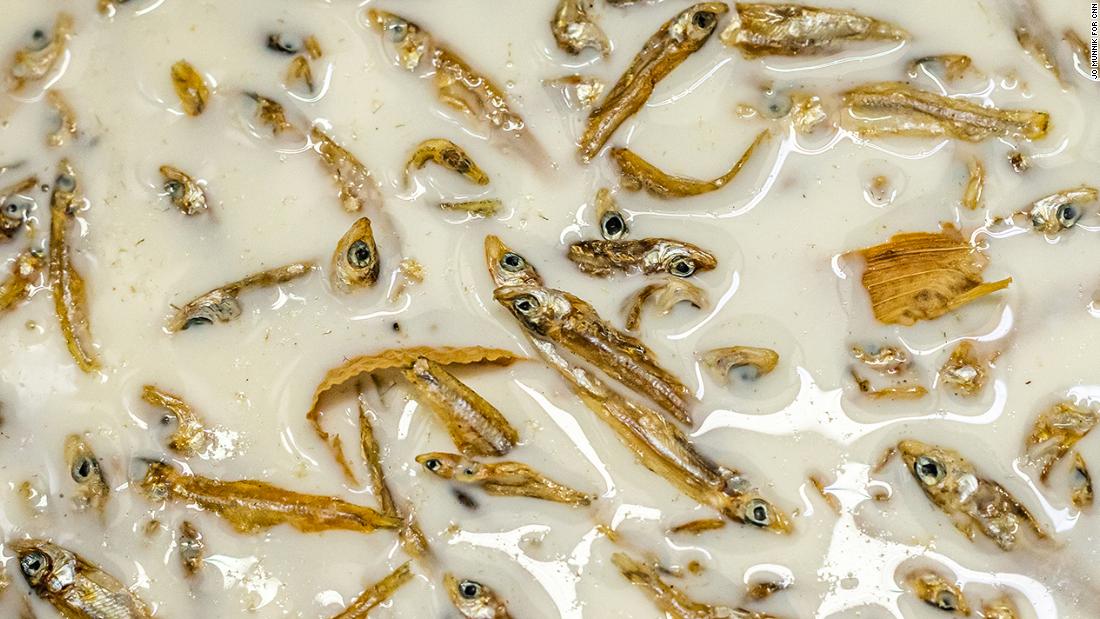 The parlor has become one of Cape Town’s most talked about food establishments since opening in October 2020. And in its tiny kitchen, Zimbabwean molecular biologist Tapiwa Guzha is creating ice cream flavors like no one else.

Handwritten in black marker on the shiny kitchen counter are today’s options:

Using only flavors indigenous to the African continent, Guzha’s ice cream has become the tool through which he is reframing the narrative around African food. “This (is) ice cream for my identity, for other people’s sake,” Guzha tells CNN.

“I think the (global) food story doesn’t have much space for Africa … unless we’re looking at the generic idea of African food,” he adds. “I’m not trying to appeal to the global universe — I’m trying to help Black identities enjoy their culture on a more regular basis.”

Guzha uses ingredients and flavors to represent all regions of the continent, going beyond the better-known cuisines like Ethiopian or Nigerian, he says. He draws inspiration from everywhere — a conversation, a scent, a meal, a longing for the ocean. Foraging and even Googling play a part in this process. “You have to search and search and search until you find some kind of truth,” he says.

Walking CNN though his ice cream shop, the ingredients he’ll be playing with today are sprawled out like a smorgasbord. Red finger millet, found across the continent (“earthy and nutty,” he says). West African sun-dried black eyed pea greens and a legume called tiger nut. From East, Central and Southern Africa there is sun-dried, salt-cured kapenta fish, known as Matemba (“salty, moderate fish flavor”). From Southern Africa he’s chosen dried Mopane caterpillars, a local favorite (“chewy, crunchy and nutty”). All of these will soon be turned into ice cream flavors that are sure to surprise, shock, delight and maybe even disgust.

“I don’t really do the traditional idea of flavor pairings,” he explains. “I make what I like and see what comes out. So I can literally combine any of these with whatever takes my fancy.”

Another ingredient he enjoys playing with is Mphepho, an herb used in Southern African traditional medicine believed to channel the spirit world. But Guzha argues it has many more purposes, and by creating an ice cream from it, hopes to expand people’s understanding of this most sacred of plants.

“That’s one of the problems that we’re trying to address,” he says. “People are so unaware of their own cultural practices. I’m not saying I’m an expert … but certainly we can help people realize a lot more about themselves.”

There has been backlash, says Guzha: “Something like that really shakes people to the core … questioning exactly what you’re trying to do with their culture. I’m not asking for permission. You don’t have to be an observer of your culture; you can be a participant in it. And people often forget that they actually have permission to contribute to their culture, and the journey, and the knowledge systems.”

But though the ingredients might have ancient roots, Tapi Tapi’s menu is not dwelling on the past. Despite having created over 800 flavors, he says, no flavor is ever repeated. “It’s deliberate, because we are not trying to compete cultures against cultures,” Guzha adds. “It defeats the whole point of what I’m trying to do here.”

How does a post-doctorate molecular biologist become the founder of one of Cape Town’s most famous ice cream spots? By chance, says Guzha. It all started when he was watching a cooking show where they were using dry ice to churn ice cream. As a scientist, he has access to the substance, so he started experimenting with it at home. Other people found it intriguing — “especially as a Black person, saying you make ice cream, it’s even more outrageous,” he says with a laugh.

Guzha describes himself as a “scientist with a curious mind.” For him, both hats he wears represent different parts of his identity. But the turning point came when he realized that ice cream has the power to transport people home; to offer something magical and nostalgic — especially for his Black clientele.

“(If I’m talking to) another Black person, it’s, ‘Hey, I didn’t know I could do this with my culture or my identity.’ They leave knowing a bit more about themselves,” he says, “and maybe keen to explore their identity again and go back home and reconnect with some part of their tribal beginnings.” At Least 40 Found Dead in Back of Tractor...

Spaghetti Sauce Is Under Threat as Water Crisis Slams...

Gillian Keegan: Minister sorry for not ending visit after...

Joni Ernst tells Democrats to ‘cool it’ on filibuster...

Anne Heche not expected to survive, her family says

Why China’s 2022 Party Congress will be a Landmark

Man Dragged for Asking Girlfriend to Take Down ‘Heart-Shaped...

US Mortgage Rates Plunge to 5.3% in Biggest Drop...

Pen Farthing: Watchdog has no concerns over Afghan animal...

What Has War in Ukraine Done to Bitcoin Prices?

Greg Gutfeld slams the mainstream media for ‘supplying’ the...

Mental health placements: ‘No-one could visit me, no-one could...

Highland Park holding moment of silence one week after...

Pork pies, curry and pizza – a history of...

The Music’s Still Playing at the Private Equity Deals...

Chinese survivors had no food, water on sinking boat

Kilmeade: America should be ‘all-in’ on a Ukraine victory

McCabe says his and Comey’s selections for ‘rigorous’ IRS...