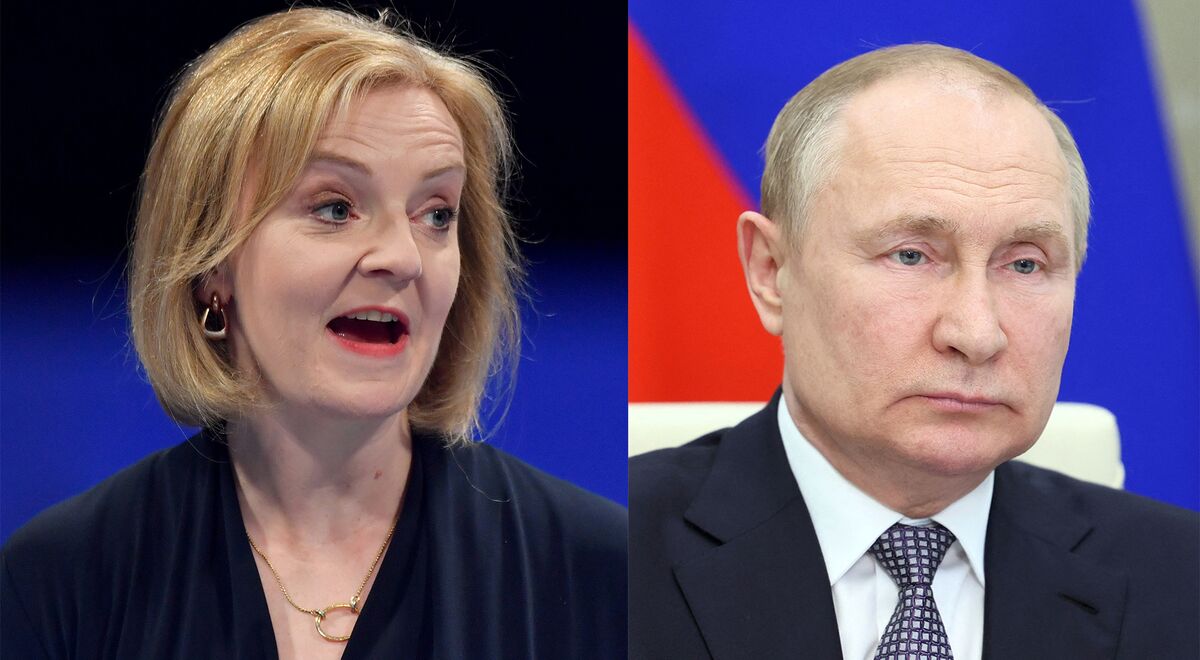 The Readout newsletter with Allegra Stratton.

UK Foreign Secretary Liz Truss, the frontrunner to become Britains next prime minister, reiterated her pledge to call out Russian leader Vladimir Putin over his invasion of Ukraine in person at a Group of 20 summit in Indonesia in November.

Truss said during a leadership debate last month that she was prepared to face Putin directly and call him out in front of those very important swing countries like India and Indonesia.

Her office on Friday said she stands by those comments, after Indonesian President Joko Widodo confirmed for the first time in an

interview with Bloomberg that both Putin and Chinese President Xi Jinping were planning to attend the meeting in Bali.

Sitting round a table with him isnt good enough when he is responsible for children being killed in their beds as they sleep, a spokesperson for Sunak said in an emailed statement Friday.

Back in 2014, Australian Prime Minister Tony Abbott took a similar line to Truss a month before a G-20 meeting.

Using an Australian rules football term for knocking down an opponent, Abbott threatened to shirt front Putin after Russian-backed rebels shot down a civilian aircraft over Ukraine, killing all 298 people on board, including 38 Australian citizens and residents. But the summit was low key in the end, with Putin mostly ignored.

Prime Minister Boris Johnson, who was forced to resign in July following a mass revolt by ministers over his leadership,

has warned that any boycott of the summit by Western nations risks handing the propaganda opportunity to others.

His successor will be announced on Sept. 5, with Truss widely expected to move into Number 10. The

latest survey of UK Tory members by the Conservative Home website had her leading Sunak by 32 points. The Surveillance State Is Primed for Criminalized Abortion

Hackers can steal your Tesla via Bluetooth

Fourth-generation dairy farmer worried about the future of agriculture...

Scholz: Germany well-placed on energy to get through winter

Sean Hannity: The circus is finally over, but there...

Fourth Pfizer Dose Is Insufficient to Ward Off Omicron,...

Ukraine Crisis Ripples Through World Markets From Stocks to...

ScotRail goes back into public ownership

Moroccans prepare funeral for boy, 5, who died in...

DDR5 memory frequency world record broken, but not by...

EXPLAINER: What comes next with John Lee leading Hong...

Bring the Force to Your Wardrobe with Lucasfilm’s Celina...

Ukraine health centres have been attacked, WHO chief says...

Female swimmer who tied Lia Thomas speaks out on...

Don’t worry Boris: They still love you in Ukraine

US assesses North Korea launches constitute use of new...

The ECB Is Catching Up