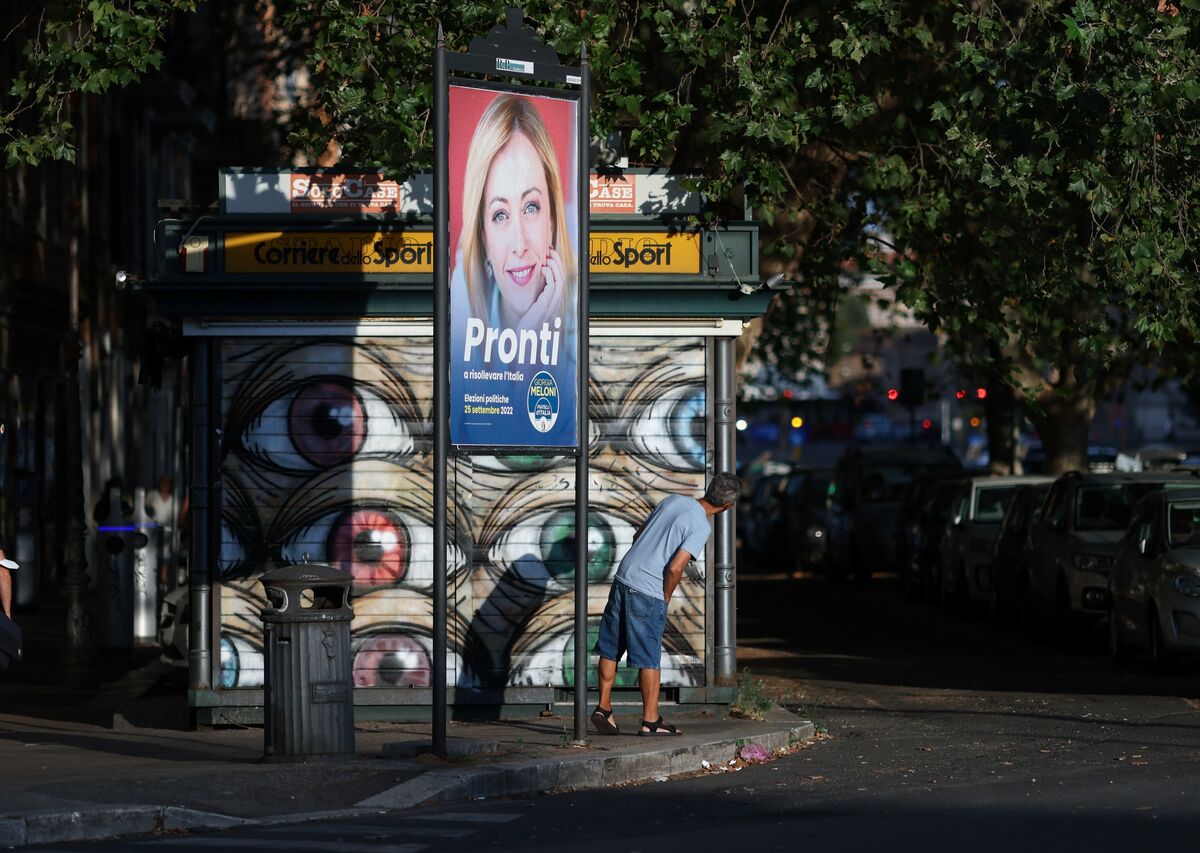 The right-wing coalition led by Giorgia Melonis Brothers of Italy party neared a landmark level of support, registering 49.8% of voter approval for Italys Sept. 25 election, in a survey by the Tecne research institute.

A strong election result by Melonis bloc could see it garner enough votes in parliament to reach a two-thirds majority. That could allow the right to push through changes to the constitution, possibly including enhanced powers for the prime ministers office or direct election of the countrys president.

The poll, which measured voter support for the election to the countrys lower house of parliament, placed the Democratic party-led center-left bloc at 30% and the anti-establishment Five Star Movement — once the countrys leading party — at 10.2%. A recently formed

centrist grouping was at 4.8%.

The right-wing coalition, comprised of Melonis party plus Matteo Salvinis League and ex-Premier Silvio Berlusconis Forza Italia, has steadily gained ground after the Democrat-led bloc failed to widen its support by pulling in centrist forces. Brothers of Italy polled at 24.3% in the survey, leading all single parties.

Meloni, speaking in an interview with UK weekly

The Spectator, signaled that she would view a landslide victory as a mandate to amend the constitution, calling Italys current election system politically fragile and therefore unstable. Businesses face tangle of state and local rules on...

COVID-19 rebound after Paxlovid treatment likely due to insufficient...

Shooting reported at 4th of July parade in Chicago...

Ohio university to pay professor $400K after disciplining him...

Anchorage: The little airport on the top of the...

At least one miner dead, six trapped after tremor...

Earlsfield school crash: Woman who ran over children and...

Biden on Bucha massacre: ‘It is a war crime’

The U.S. Continues to Bankroll Ukraine

Champions League: All-English final or Spain to reign in...

No. 2 Arizona pulls away late for win over...

Husband Slammed for Defending His Mother Over Napping in...

Trump jokes US should ‘put the Chinese flag’ on...

See Halle Bailey as Ariel in The Little Mermaid