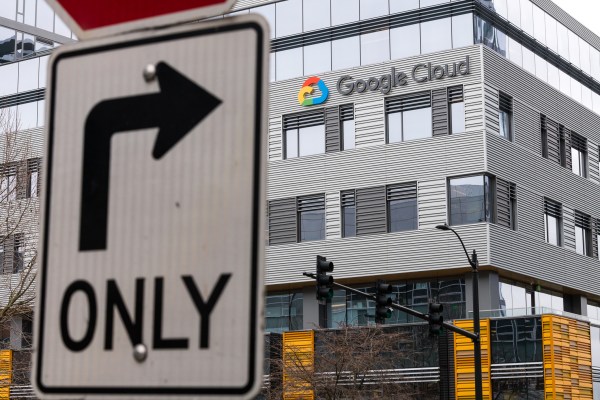 To get a roundup of TechCrunchs biggest and most important stories delivered to your inbox every day at 3 p.m. PDT,subscribe here.

Hellooo, Crunchy McCrunchface! (What were calling the readers of the Daily Crunch is still a work in progress.)

Super psyched to share something double-plus-awesome with you: The culmination of months of work by Zack is finally live weve launched TheTruthSpy spyware lookup tool, where you can see if your phone has been compromised in various spyware hacks. Dust off that IMEI and find out if youve been 1337 hax0red.

Swiss startup Typewise is showing the power of sticking at it: The team behind patented text prediction technology is now part of Y Combinators S22 cohort. It won a spot in YC (and its standard $500,000 backing) after pivoting to fully focus on the b2b market aiming to serve demand for typing productivity gains in areas like customer service and sales. The pivot was crucial, Natasha L explores in this fabulous, well-worth-reading interview.

The other article that had us going Oh?! is Rebeccas piece about Exponent Energy, and its path toward unlocking 15-minute rapid charging for electric vehicles. The company just raised a $13 million Series A and is targeting commercial fleets, where the pressure to keep vehicles rolling is much higher than in personal cars.

Choose your angel: Learn how they invest and what motivates them

The “choose your fighter” meme can be traced back to the video game Mortal Kombat, but it’s also relevant for seed-stage founders who are looking for an investor.

Making money is top of mind for every angel, but according to Mack Kolarich, VP of Assure Analytics, most of them also “have a second or third motivator driving them to invest in startups.”

In a TC+ guest post, he lays out several factors entrepreneurs need to consider when investor-shopping: Are they supporting a local ecosystem? Do they write direct checks?

“Armed with this knowledge, you can strategically select the right partner for your business,” says Kolarich.

Its a TikTok kind of a day. The social media giant kicked off its in-app U.S. midterms Election Center today. The company partnered with a bunch of organizations, including the National Association of Secretaries of State, Ballotpedia and voting assistance programs, to provide information like state-by-state election information, details on how to register to vote and whos on their ballot. Sarah and Taylor also write that TikTok is learning from the 2020 election and will take a broader stance on stamping out misinformation.

Meanwhile, Taylor reports that Meta has some plans of its own on how Facebook will manage its election coverage, including disabling new political ads a week before the midterm elections and not allowing posts that provide misinformation on the voting process for example, misrepresenting voting qualifications. On day of honoring the past, Nats of the...

Aidan Hutchinson now has best odds to be selected...

The vice is tightening around Donald Trump as 2024...

Are we falling in love with robots?

Opinion: What’s revealed when Americans take off their masks

Project Spartacus: everything we know about PlayStation’s answer to...

Boris Johnson Bides for Time Over ‘Partygate’: Beyond Brexit

‘I saved for 30 years to see the Titanic’

Appboxo raises $7M to turn any app into a...

Tom Parker: The Wanted singer up for posthumous National...

US bans sale of Huawei, ZTE tech amid security...

Florida misses out on nation’s No. 2 safety recruit...

ICE arrests and deportations plunged in 2021 under Biden...

China Stocks to Jump on Reopening and Property: Hao...

Israel’s Bennett emerges as a mediator in Russia-Ukraine war

World Series is even after Astros’ aggressive gameplan against...

There are too many blockchains. When will some of...

Airbus Weighs Further Delay in A350 Ramp-Up on Russia...

How Brian Kemp wrote the GOP playbook for subduing...

Majority of US fleets cleared for ‘low-visibility landings’ at...

UK not looking to help Russia, minister says on...