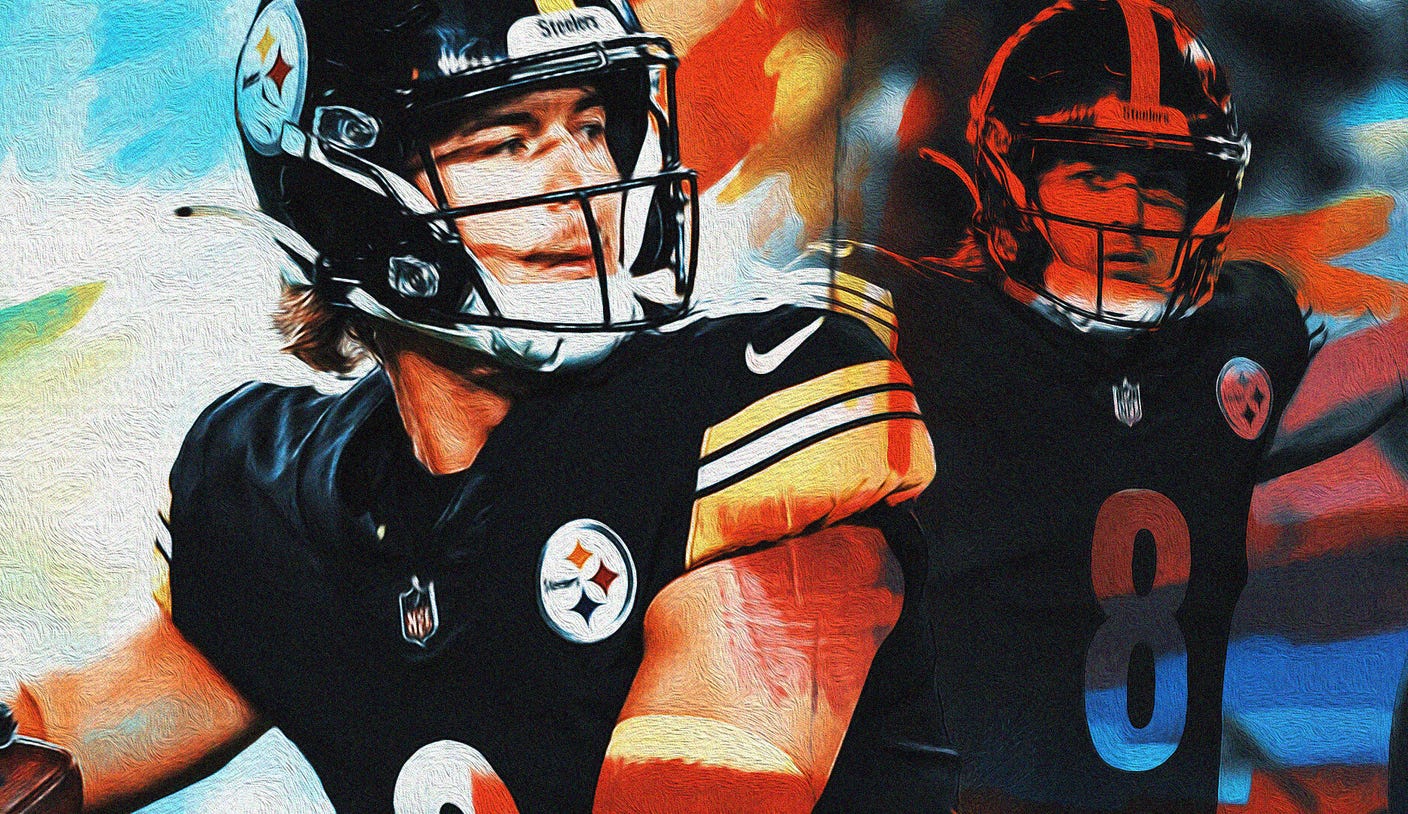 Rookie Kenny Pickett might be making a move in the Pittsburgh Steelers’ quarterback derby.

The 2022 first-round pick took snaps with the first team at practice on Tuesday, perhaps suggesting that Pickett could be their starter right away.

Colin Cowherd is hoping that the Steelers make Pickett the opening-week starter for their own good. On Wednesday’s “The Herd,” Cowherd said that Pickett has every advantage possible going his way, which he thinks is rare for rookie quarterbacks.

“Kenny Pickett is 24 years old, that’s two years older than most quarterbacks that come into this league,” Cowherd said. “He started for four years in college, most start two years. He played college football in the Steelers’ stadium.

“Let’s add another to those three advantages: It looks like the Steelers, by adding George Pickens, may have the best rookie receiver.”

With those four advantages, Cowherd argued that it’s time to play Pickett because “if he can’t succeed with those advantages,” he’s a “dud.”

“Next year, there are six quarterbacks in the first round and you’ve got a dud,” Cowherd said if Pickett doesn’t succeed right away. “Competitively, [Browns quarterback] Deshaun Watson isn’t going to play for either the entire year or for most of it. That’s a huge competitive advantage.

“Next year, you’ve got [Bengals quarterback Joe] Burrow twice, [Ravens quarterback] Lamar [Jackson] twice, and Deshaun twice. I want to know by the time that’s my reality if my guy can play.”

Pickett got off on the right foot in his preseason debut. He completed 13-of-15 passes for 95 yards and two touchdowns, leading the Steelers on a game-winning touchdown drive in the final minute of their 32-25 win over the Seahawks.

To further prove his point, Cowherd compared Pickett’s rookie situation to those of Jackson and Kyler Murray. Both were younger, less experienced quarterbacks upon entering the league and were thrust into less than desirable situations yet were Pro Bowl-level QBs by Year 2.

“Kenny Pickett has so many advantages,” Cowherd said. “His parents worked in Hollywood and he went to a great film school. If the movie bombs, you’ve got the wrong guy.

“Nobody’s 24. Nobody starts four years in college. Nobody plays their games in the same stadium. Nobody has Mike Tomlin. Nobody has this stability.”

The Steelers will play the Jacksonville Jaguars on Saturday before closing out the preseason against the Detriot Lions the following week. They open the regular season at the Bengals.

Meta says its metaverse biz lost another $3B… but...

Travelers are starting to get a break from higher...

54gene CEO steps down as the company looks to...

Take to the skies in Nintendo Switch Online’s next...

Jessica Amir on the Markets (Radio)

US to supply Puerto Rico with emergency power generation

Big Tech is laying off employees–but their skills are...

No. 25 Iowa beats the brakes off of Michigan...

MLB odds: How bettors cashed in on 28-5 game

Beware Comparisons of Ukraine and Taiwan

Fed Is ‘Just at the Beginning’ of Raising US...

Intel doubles down on graphics cards with next-gen Arc...

Swiss Re Warns of Loss Over $1.3 Billion Hurricane...

Sainz defends Ferrari strategy: ‘We are not a disaster’...

How much house you can afford? We’ll break it...

The Haikubox Brings High-Tech Birding to the Masses

Mike Tyson addresses scuffle with airline passenger: ‘He was...

‘I gave up my dancing career to work with...

EU Proposes Sanctions on Some of Russia’s Wealthiest Tycoons