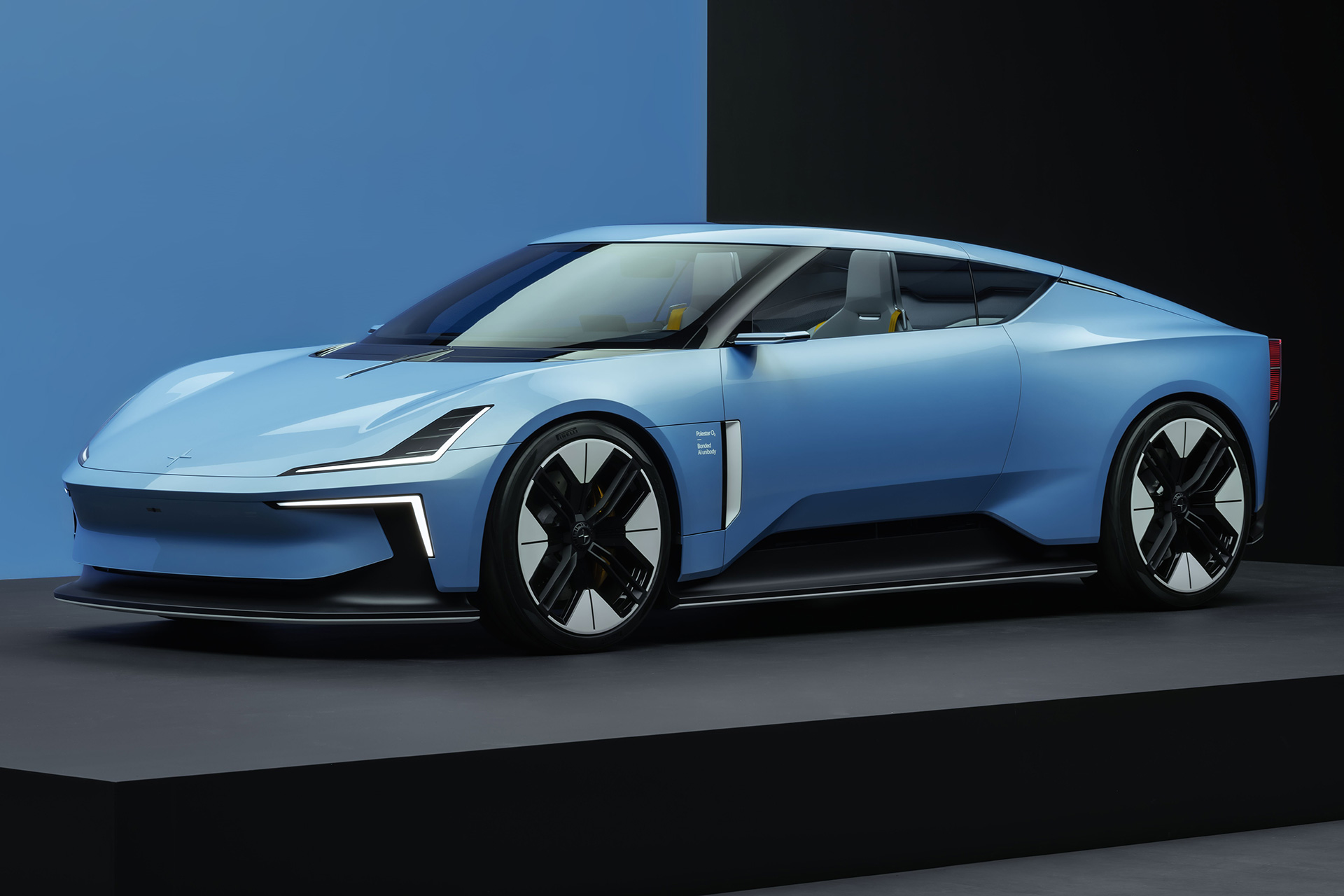 It didn’t take long for Polestar to translate the O2 Concept to a production model. The company has confirmed that it will sell the electric convertible as the Polestar 6 sometime in 2026. Most details are still under wraps, but the 6 will share the same 884HP dual-motor powertrain and 800V architecture as the Polestar 5 sedan. The firm is targeting a 0-62MPH time of 3.2 seconds and a 155MPH top speed.

There will also be a limited, 500-unit run of a Polestar 6 LA Concept edition with the O2 Concept’s signature blue color, “light” leather interior and 21-inch wheels. Unlike many adaptations of concepts, you really can buy a car that (at least superficially) resembles what you saw at motor shows.

The Polestar 6 is a sportier, open-air counterpart to the 5 with a smaller footprint. It also represents an aerodynamics challenge the range will heavily depend on Polestar’s ability to overcome convertibles’ typically higher drag coefficients. There’s no mention of whether or not the 6 will include some of the more fanciful features from the concept, though, including the integrated camera drone.

No matter what the finished model offers, it’s clear Polestar plans a steady expansion of its lineup. The Polestar 3 SUV arrives next year, followed by the 5 in 2024. The Volvo sibling brand will still have a relatively small selection, but you’ll at least have choices if the Polestar 2 doesn’t fit your needs.

Self-scan supermarket tills and the rows over their use

‘Priceless’ Pandya proves white-ball worth ahead of World Cup...

HBO and HBO Max dominates Golden Globes with most...

Inside Mercedes’ plan to deliver hands-free driving to the...

Why Sri Lanka’s economy collapsed and what’s next

Queen Elizabeth II’s coffin is placed on a raised...

GOP wants to end Russian oil imports to US,...

Carolyn Hax: Picky-eater sister-in-law is ‘maddening to be around’

Kasatkina bags second title in hardcourt swing ahead of...

Europe’s Next Energy Battle Is to Keep Markets Working

Bryson DeChambeau withdraws from US PGA Championship on eve...

Sweden says it received U.S. security assurances if it...

A look at high-profile killings by US police

Slain soldier Vanessa Guillén has highway renamed in her...

‘One of the best’, Kyrgios ready for tilt at...

Five burning questions for Dolphins’ trip to Buffalo to...

Shenzhen is loosening its COVID restrictions in the latest...

Dominican Republic cracks down at border amid Haiti chaos