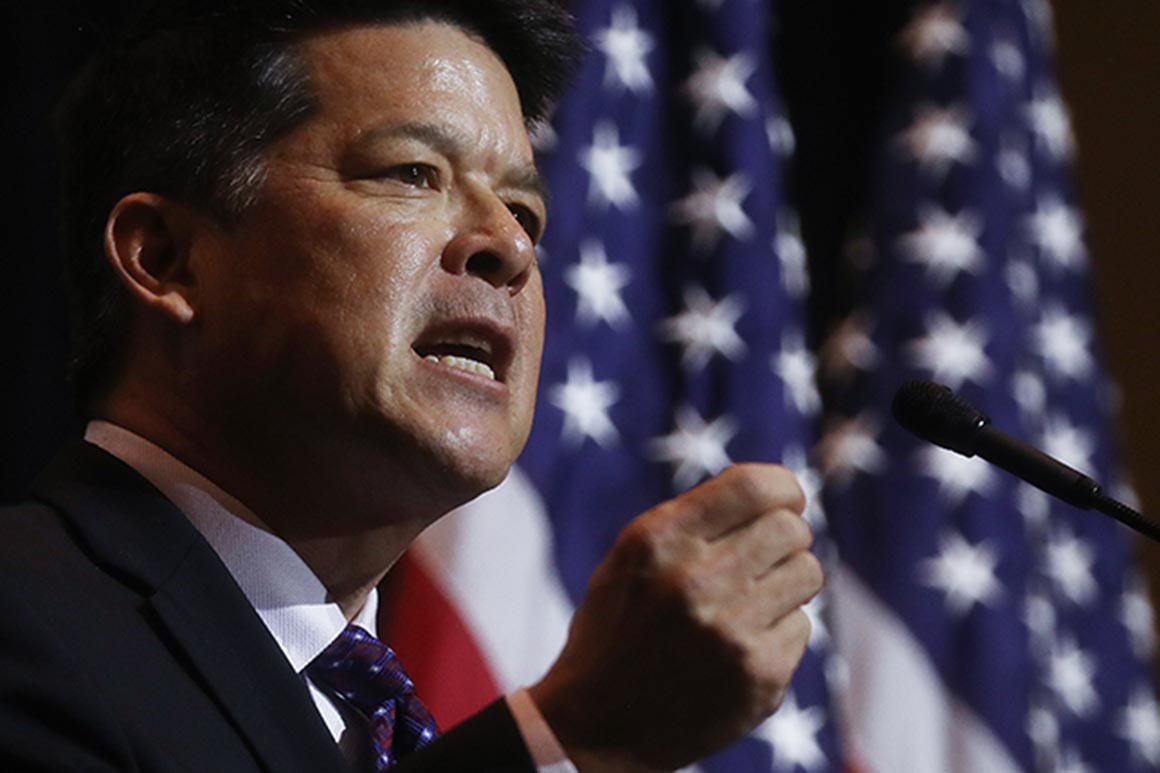 If convicted in the 28-count indictment, former Rep. TJ Cox faces a maximum of 20 years in prison and a fine of $250,000 for wire fraud and money laundering. | Mario Tama/Getty Images

The FBI arrested former one-term Rep. T.J. Cox on dozens of charges related to financial fraud, according to public records with the Fresno County Sheriffs Office.

The arrest took place around 8:30 a.m. at the federal courthouse in Fresno, Calif., according to the records. A statement from the Justice Department said the former congressman was charged with 15 counts of wire fraud, 11 counts of money laundering, one count of financial institution fraud, and one count of campaign contribution fraud.

Cox came to Congress in the 2018 Democratic wave, defeating Rep. David Valadao (R-Calif.) in a battleground district. He lost his 2020 rematch with Valadao by about 1,500 votes. Cox mulled running again in 2022, but ultimately endorsed Democrat Rudy Salas in the race.

Carl Froch column: Anthony Joshua could retire if he...

House Democrats are poised to send a sweeping climate...

‘How fast could you sell this?’ Russian elites scramble...

Covid: Norfolk man says he is ‘fighting every day...

‘We may have something in common’: Gifted DNA tests...

Sam Ryder invites fans to be in new music...

Will The Jersey Shore Girls Settle Their Latest Battle?

Cost of living: Warning of ‘hidden pandemic’ of rising...

Do you have to wear a mask on your...

Amazon’s Twitch Is Losing C-Suite People Amid Battle Over...

This Dangerous Meme in US Politics Is Over a...

Geetu Sharma on the Markets (Radio)