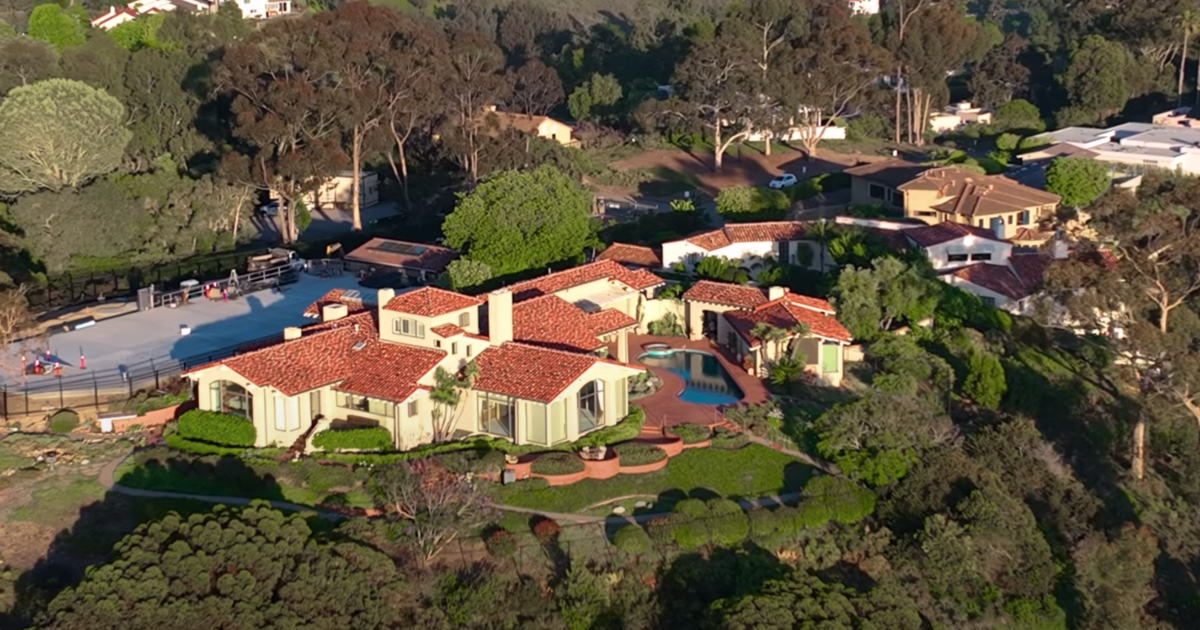 As real estate goes, the view alone might knock the hat right off a cat.

For the first time in more than half a century, the opulent estate once belonging to Theodor Seuss Geisel — better known as Dr. Seuss — is hitting the market. Asking price: $19 million for a four-acre compound high atop a hill in La Jolla, California, according to the real estate firm listing the property.

According to the New York Post, the estate is currently owned by the University of California San Diego, which received the property in 2019 in a donation by Geisel’s late wife, Audrey Stone Diamond.

The property consists of four sites that come with what the Jason Barry Team at Barry Estates describes as some of the “most spectacular 270-degree ocean, coastline and mountain views in Southern California.”

The roughly 5,000 square-foot home includes ocean and mountain views, according to the real estate firm selling the four-acre property.

Interested parties can bid for the entire compound or for separate lots. The roughly 5,000 square-foot home, which includes four bedrooms and 4.5 bathrooms, is priced at nearly $12 million, while two adjoining lots go for $4.5 million and a smaller parcel lists for just under $4 million.

The proceeds will go toward creating the Geisel Fund in the UC San Diego Foundation, with funds used for campus projects, according to the Post.

Bids on the property are due on Wednesday at 5 p.m. Pacific time, with only cash offers being considered.

Since his death in 1991, Geisel’s reputation has come into question over his use of racist and insensitive imagery. Dr. Seuss Enterprises, which oversees his legacy, said last year that six of the author’s books would no longer be published. Fulu Fiziki: ‘We don’t want Africa to become the...

G-7 aims to create club of nations to boost...

Meta files to dismiss FTC complaint over acquisition of...

Amy Hunter: Ireland captain ruled out of remainder of...

Sickle cell: Black donors urged to give blood to...

‘Spring Awakening: Those You’ve Known’ celebrates the musical and...

Japan Sent Rare Warning to Residents to Shelter From...

EXPLAINER: Why are states having lethal injection problems?

I deleted 1,321 unread emails and instantly cured my...

How A.I. can make the Global South more competitive

Find out what’s going on in crypto

Linux systems are being bombarded with ransomware and cryptojacking...

This nasty Amazon Ring vulnerability could have exposed all...

Virginia school board to vote on parting ways with...

Battlefield 2042 has lost one of its biggest selling...

4 people in custody over possible connection to sextuple...

Australian scientists to power Tesla on 15,000-km trip with...

Hitting the Books: What if ‘Up’ but pigeons?

The Era of Fast, Cheap Genome Sequencing Is Here

How the shooting at a Texas elementary school unfolded

Surfshark VPN for Linux gets a breakthrough new feature

Possible Putin Challenger Is ‘Voice of the People,’ Ex-Kremlin...

Who Didn’t Vote for Kevin McCarthy for House Speaker?...

Elon Musk says Trump will be reinstated to Twitter...

Why 2022 insurtech investment could surprise you – TechCrunch

Airbnb is rolling out new screening tools to stop parties