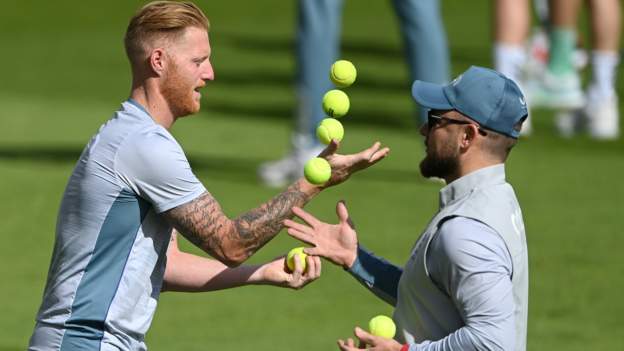 What could you achieve if you had no fear?

Would you skydive out of an aeroplane? Jack in the 9-5 and pursue your dream of becoming a yoga teacher? Sell up and move to Australia?

Fear of failure is perhaps the biggest imposter in a professional athlete’s mind, a squatter providing the most significant barrier to peak performance.

Failure could lead to being out of the team or, worse, the loss of employment. Letting yourself down can just about be swallowed, but what about disappointing your team-mates, family, friends and fans?

The removal of that fear comes high on the list of reasons why England have turned around a run of one win in 17 Tests to four straight victories with largely the same group of players.

Yes, they have made smart and subtle changes on and off the field, but it is the mentality that has undergone the most radical makeover.

“Teams are perhaps better than us, but teams won’t be braver than us,” said captain Ben Stokes after their last triumph, the freewheeling chase of 378 to beat India in July. Before that, when England ambushed New Zealand to overhaul 299 in only 50 overs on the final day of the second Test, coach Brendon McCullum told his players to “run into the fear”.

Individuals like Jonny Bairstow, Ollie Pope and Jack Leach have been obvious beneficiaries, while England are hoping their continued backing will pay dividends for Zak Crawley, despite the opener now having a first-class average south of 30.

The idea that a player is more likely to perform at their best by having the fear removed is theoretically sound, but harder to put into practice.

“The only thing we have to fear is fear itself,” said Franklin D Roosevelt at his inauguration as the 32nd President of the United States in 1933.

That’s all well and good, but (presumably) Roosevelt never had his judgement around off stump tested by the new ball, saw his bowling whacked into the front row, or dropped a dolly in front of a full house and millions watching at home.

“You can’t just say ‘go out and play without fear’, it’s not that simple,” said England fast bowler James Anderson, who, having played in an England record 60 Test defeats, will know how fear can consume a team.

“It rests a lot on the captain and coach. The messages they send, the backing they have for the players, that is a massive part of it. Trusting you to do your job is huge.

“Brendon tries to make the players feel 10ft tall. That helps you play with that mentality.”

McCullum and Stokes are kindred spirits in their attitude to fearlessness. For Stokes, who became captain after a difficult two years away from cricket, it may even be the idea of losing a Test match here and there is not quite the same disaster it once was.

There is also a focus on making playing for England as enjoyable as it can be. Again, an obvious idea, but difficult during an 18 months when they were beaten from Ahmedabad to Adelaide.

The removal of Covid restrictions has helped, meaning wins have been celebrated all the way to a Nottingham kebab house.external-link

McCullum is planning a team holiday in Queenstown before England play two Tests in his native New Zealand next spring.

“What is failure?” said Stokes. “The reason you have a fear of failure is because you care about what you’re doing.

“Rather than letting it sit on top of you and dictate how you play, embrace those feelings and understand that is what it is like at the top. Enjoy every moment you have because you never know when it’s gone.”

And so England turn their attention to South Africa, with the first of three Tests beginning at Lord’s on Wednesday.

The Proteas are top of the World Test Championship and have lost only one of their past six series, but were thrashed by an innings last week against England Lions, who imitated the senior team by racking up 672 at nearly six runs an over.

Still, if England’s ‘Bazball’ is like a Christmas present to their supporters, then South Africa captain Dean Elgar is Ebenezer Scrooge.

There is lots to admire about Elgar, a flinty, gritty opener, the kind that England have been crying out for during the past decade. However, he is extremely unlikely to walk down the pitch in the first over of an innings and has called England’s method “unsustainable”.

He is one of many reasons why South Africa will provide a stern and fascinating examination of England. The Proteas arrive with a talented and ferocious pace attack, while at some point they might unleash Simon Harmer as a second spinner.

Off-spinner Harmer has bewitched English batters in six seasons playing for Essex, where his 354 wickets is comfortably the most in the County Championship during that time.

As for England and all of their momentum, questions over Crawley will persist, at least outside of the dressing room, until he gets a score. All four of their wins this summer have been achieved batting second, so it would be intriguing to see them given the task of batting first.

Pace bowler Ollie Robinson is in the squad, but will not play at Lord’s so will have to wait for his first Test since January. If and when he does return, England will want to see his body showing greater durability after his fitness was criticised during the Ashes.

England-South Africa contests are usually feisty. The last time these sides met at Lord’s, Proteas pace bowler Kagiso Rabada was banned for swearing at Stokes. Skippers Stokes and Elgar went back and forth when speaking to the press on Tuesday.

Neither side will take a backward step.

Perhaps the only thing to fear is fear itself. After World Cup, US men recede to background for...

NZ to allow in pregnant reporter who sought Taliban...

Bitcoin’s Slide Pauses in Wait for Next Domino to...

Friedreich’s ataxia: The teen hoping to ride her way...

US drops case against NYC cop accused of spying...

Bills punt for the first time this season, and...

Netflix is fighting password sharing in Latin America by...

Brands are ‘quiet quitting’ Twitter over worries of what...

Ukraine: Host helps refugees get own home in UK

Fentanyl and related drugs are killing more people than...

Energy firms call for green levies on bills to...

Astronauts will give the space station a power boost...

Businesses are missing a trick when it comes to...

EU vote paves way for USB-C to be common...

Seven Signs That Economic Growth Is Starting to Falter

YouTube Premium’s family plan gets a price hike in...

A historic appointment in a Daley’s wake

U.S. skier given traditional Nepalese funeral after falling from...

Kemp Gives $1 Billion to Georgia's Poor in What Abrams Calls a...

Intel is licensing out patents in a bid to cobble together some...