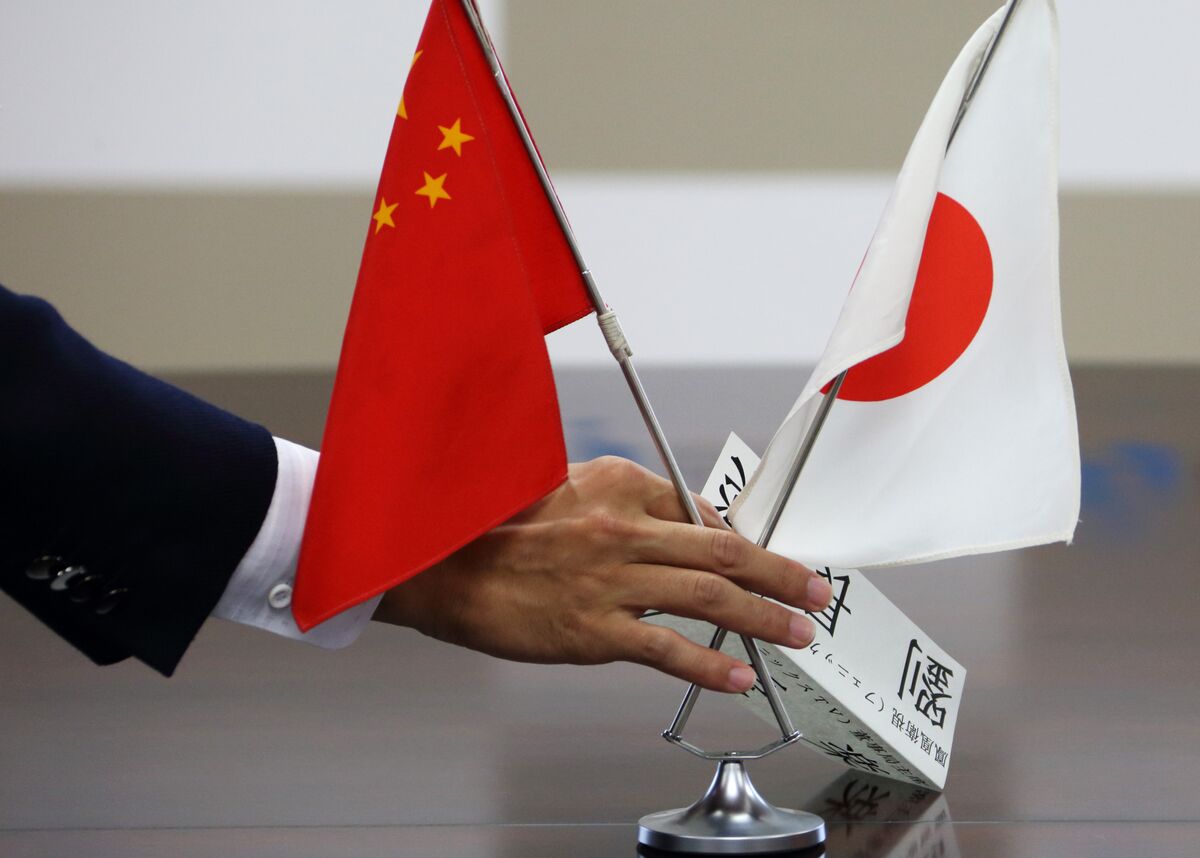 Hello. Today we look at the Chinese economys similarities to 1980s Japan, the latest round of Latin-American interest-rate hikes, and what history shows about data when a US recession strikes.

credit risks with what happened in Japan in the 1980s, on the eve of the bursting of that nations epic bubble.

The conclusion: China was more like Japan in the 1970s, with low household debt and plenty of scope still for

urbanization and capacity for decent 6% to 7% growth. (It has averaged a little over 6% since that report.)

Fast forward to this week, and the JPMorgan team did another check-in.

This time, things arent looking quite so rosy.

The worrisome news is that China has become increasingly similar to Japan in the late 1980s, economists led by Zhu Haibin wrote in a note Thursday.

Among reasons for concern:

There remain some big differences, however. Beijing has much greater oversight of the housing market through

administrative controls than Tokyo did. Its financial system remains dominated by the state sector. And its capital account is largely closed, leaving Chinese households with fewer options than Japanese ones had.

JPMorgans outlook doesnt include any forecast for a crisis. But the team warns that Beijing will need to carefully manage the real-estate downturn to limit spillovers, through measures such as boosting the

Rosealea Yao, a China property market specialist at Gavekal, isnt so confident the administrators are providing a bottom for the downturn.

The problems constraining both the supply and demand of housing in China are not getting resolved, Yao wrote in a note Thursday. In the longer term, even if property sales stabilize, the downward adjustment from the peak will still mean a lower level of construction activity and materials demand in coming years.

In the fight against pandemic inflation, Latin America led the world into a new age of tight money. Eighteen months later, theres not much sign that being first in will help the region to become first out,

On Thursday, the central banks of Mexico and Peru announced what were respectively their 10th and 13th consecutive interest-rate increases. Forecaster dont think either of them is done yet. In Brazil, one of the worlds first hikers back in March 2021, theres some prospect of a halt. Still, policy makers said this week they expect to keep rates in significantly contractionary territory for a sufficiently extended period.

Inflation resilience reflects the delay between the rate hikes and their effect on the economy. Those effects are hindered by two other factors: the adverse external scenario, that weakens emerging currencies and pushes tradable prices up; also, the fiscal measures adopted by some Latin economies fuel the very inflation whose effects they intend to soothe.

US policy makers have taken heart that the fundamentals of the economy remain solid, with strong job growth and consumers

hanging in there. But Goldman Sachs research suggests not getting too comfortable: history shows that indicators at what turns out later to be the start of a recession tend to be revised weaker.

Revisions to payroll and household-employment gains are on the order of about -30,000, Goldman economist Manuel Abecasis wrote in a note Thursday. More meaningfully, the average change to three-month annualized,

inflation-adjusted personal spending is about a 1 percentage-point downgrade, he wrote.

Our findings suggest that policy makers should interpret real-time

data with a bit of caution, Abecasis wrote. For the moment, though, the data supports our view that the economy is experiencing a healthy deceleration, not a recession.

To the tune of the Tina Turner hit: Abrupt lockdowns loom over Beijing life ahead of Olympics

Citi bullish on Amazon and Airbnb even as macro...

Is the Polio Vaccine Still Required in U.S. and...

David Goodwillie ‘will not play for Raith Rovers’

Biden to ‘forcefully advocate’ for voting rights in Tuesday...

Skull found in ’97 in remote Alaska belongs to...

Opinion | The NRA Is Fracturing — While Its...

What we bought: Our favorite small kitchen essentials

Homeland Security chief: ‘We are in a heightened threat...

Senate passes bill that would ban forced arbitration in...

Ubisoft is killing online support for 15 games on...

Nigeria: A make-up artist with a passion for bobsleigh

Coinbase Under SEC Scrutiny Over Its Crypto-Staking Programs

Inside the new ‘no-knife’ cosmetic surgery center on New...

Man rescued after house slides off its foundation in...

A look at some of the deadliest US school...

This angle of Josh Allen’s late pass to Stefon...

McConnell wants to win the suburbs by defusing cultural...

Boo! Get a First Look at Halloween on the...