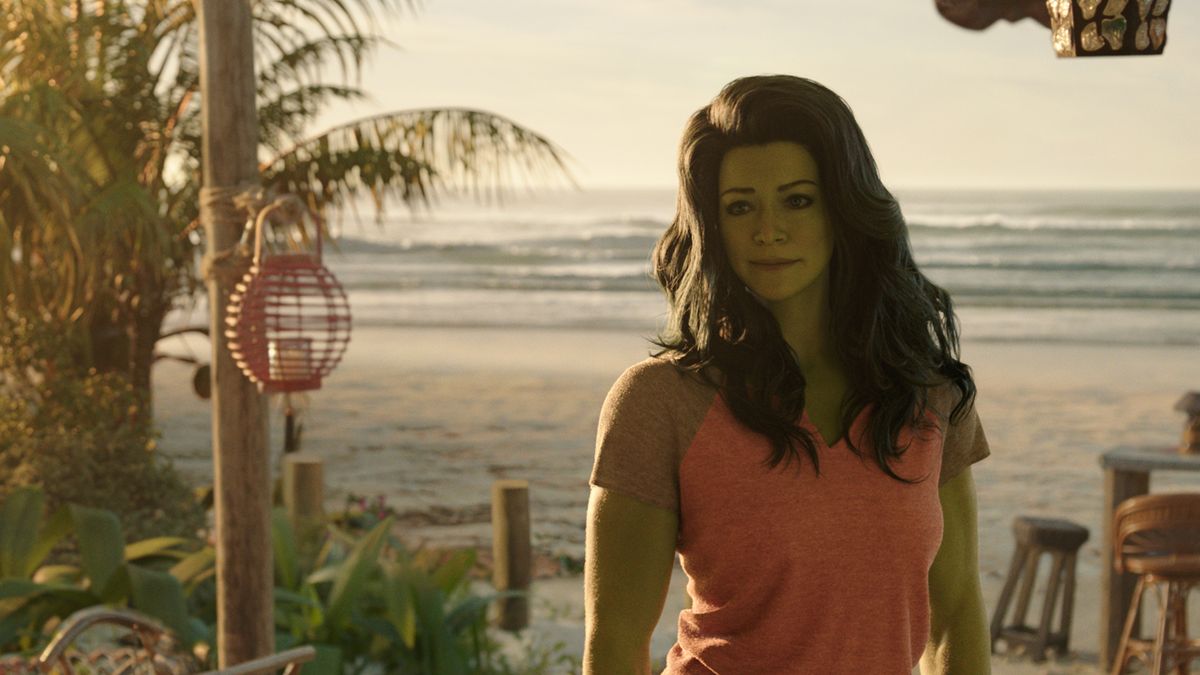 Speaking exclusively to TechRadar during She-Hulk: Attorney at Law’s global press junket, Coiro was unable to give a definitive answer as to where the Disney Plus show fits on the increasingly muddled timeline.

Ever since the Avengers’ time travel escapades in Endgame, not to mention the five-year time jump between Avengers: Infinity War and its successor (i.e. Endgame), Marvel fans have become increasingly confused about how the MCU timeline operates. When projects such as WandaVision and Falcon and The Winter Soldier kicked off the MCU Phase 4 slate, fans had a vague idea of where every Marvel movie and TV series sat on the MCU’s main timeline.

However, the waters have become increasingly muddied with each new production. Now, fans don’t know where superhero films like Thor: Love and Thunder, or shows like Ms Marvel, fit into the MCU’s overarching narrative, so MCU aficionados (us included) have resorted to guessing where these properties lie on the timeline.

Coiro is among that number, too. The Brooklyn Nine-Nine and It’s Always Sunny in Philadelphia director revealed that she had an idea of where She-Hulk’s TV show fits into the MCU. But, given the complexities involved, Coiro explained that there’s only one person who definitively knows the answer.

“I have a lot of ideas,” she said when we asked about She-Hulk’s place on the MCU timeline. “But, so I don’t get arrested by the Marvel police, I always say that that’s a better question for [Marvel Studios president] Kevin [Feige]. He holds the entire MCU in his brain. And we all defer to him.”

SMASH THAT 💚 BUTTON 👊 Like this tweet to receive updates when new episodes of Marvel Studios’ #SheHulk: Attorney at Law, an Original series, start streaming on @DisneyPlus. pic.twitter.com/fq1nAlVb9gAugust 8, 2022

Coiro isn’t the first Marvel director, writer, or producer who isn’t privy to a breakdown of the Marvel timeline. Thor 4 helmer Taika Waititi has claimed that the god of thunder’s latest solo movie takes place in 2027 (per GamesRadar (opens in new tab)), but that seems too far ahead of where other recent Marvel Phase 4 projects may be set. Meanwhile, Sana Amanat, Ms Marvel co-creator and executive producer on the character’s Disney Plus series, couldn’t place where Kamala Khan’s live-action debut takes place (via The Direct (opens in new tab)). Amanat suggests it’s sometime in 2025 but, again, there hasn’t been official confirmation of this from Feige or Marvel’s executive team.

Suffice to say, fans who continue to try and work out where each new Marvel movie and TV show fits on the MCU timeline are likely to become increasingly frustrated. If only Marvel Studios would provide us with a full breakdown of its main timeline…

For more Marvel-based content, check out our Marvel movies in order guide. Alternatively, read up on everything we know about Black Panther: Wakanda Forever, the final MCU film in Marvel’s Phase 4 slate.

Be sure to check back in with TechRadar soon, too, for our spoiler-free review of She-Hulk: Attorney at Law, plus an in-depth, exclusive chat with Coiro and the show’s head writer Jessica Gao. UK court to rule on Assange bid to prevent...

MSNBC, The View goes off on blood-drenched Republicans, calls...

Last of Us Part 1 launch trailer needs a...

How an author, a NASCAR star and a young...

The teachers buying food for pupils and their families

Senator advocates for action on police suicides as widow...

Almost everyone from That ’70s Show is coming back...

Second man arrested in Mall of America shooting in...

War in Ukraine: Facebook to allow calls for violence...

Google is accused in lawsuit of systemic bias against...

Making Britain Work May Need Some Self-Destruction: The Readout

Nvidia RTX 4000 graphics cards could be delayed until...

GLIMPSES: If you give a crown prince a cricket...

Over 700000 refugees from Ukraine registered in Germany -Welt...

Drink in the new Cuphead cartoon trailer as you...

Medals to be withheld from Russian figure skater until...

How Starbucks uses dubious ‘connection scores’ to evaluate its...