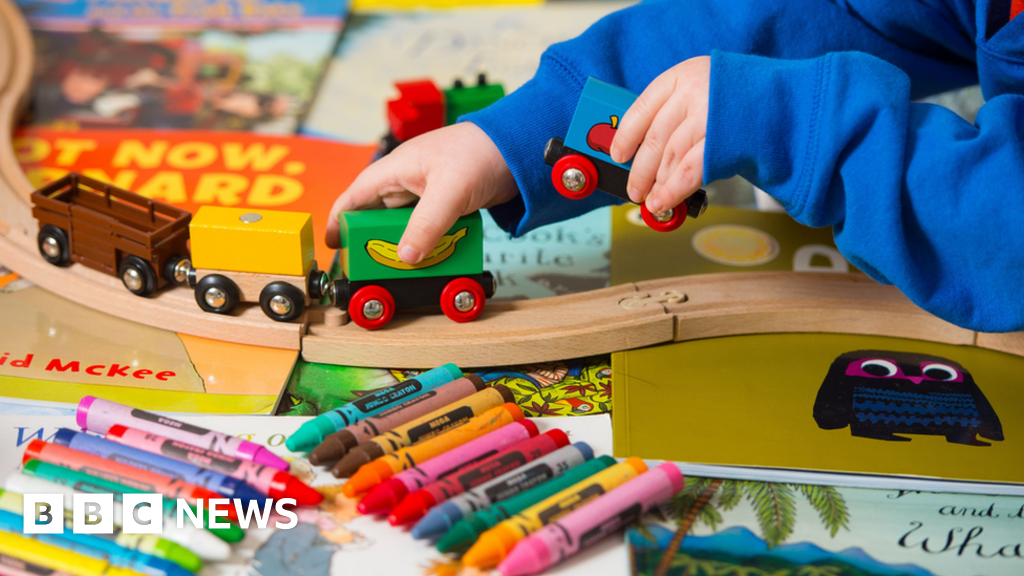 Nurseries could be forced to close if funding does not keep up with costs, a childcare association has warned.

The National Day Nurseries Association (NDNA) said providers in nearly half of Scottish councils are still waiting to find out their funding, just days before the new school year.

At least 15 councils are yet to decide on the hourly rates they’ll pay childcare providers from next week.

Only two councils have plans to keep up with the current rate of inflation.

He added: “That amounts to a real-terms cut, so for those nurseries it will be where saving can be made.

“Ultimately what we’re worried about is if this goes on and on, nurseries will be in a position where they might have to close.”

The NDNA asked all of Scotland’s 32 councils what their rates for funded free childcare places for three to five and eligible two-year-olds would be.

Twenty-seven councils responded, with 15 saying they didn’t know yet. Of the 12 councils that confirmed funding, four are not increasing their rates from August last year.

Just two councils, Angus and Stirling, are making increases that keep pace with the current rate of inflation.

Susan McGhee, of Flexible Childcare Services Scotland, says it is difficult to offer childcare services without knowing levels of funding. The group has nurseries across Scotland,

“It’s almost like asking someone to sell something in a shop and not being able to understand what to charge for that till further down the line,” she said.

“As an organisation we employ around 175-180 people. How can we keep the level of income coming in to pay those salaries at a fair rate and offer fair working hours?

“All of those things that as a good employer we want to be able to do – to provide the right quality experience for the children within our services with the right resources, right employment, right training for the team.”

The NDNA said the situation puts pressure on nurseries to generate income elsewhere.

This could include increasing fees for younger children who aren’t covered by the funding policy or for extra hours that parents might be buying outside of funded childcare.

NDNA Scotland chief executive, Purnima Tanuku, said she had “never seen a picture with this much uncertainty”.

She warned that if the childcare sector was to continue delivering the Scottish Government’s 1,140 free childcare hours policy, councils that had set funding at the same as last year “need to urgently review their hourly rate”.

“With rising costs these rates are nowhere near sustainable and the sector cannot be expected to deliver places at a loss,” she said.

Local government body COSLA said rate-setting was a matter for each individual council.

A spokesperson said: “Councils are in the process of working through necessary governance processes to set rates, recognising the need for this information to be made available to providers as quickly as possible.

“All councils are working with constrained budgets, made worse this year by rising inflation and soaring energy costs, requiring all service areas to revisit budgets as a matter of urgency.

“This has undoubtedly affected some councils’ rate-setting decisions.”

A Scottish government spokesperson said: “Joint Scottish government and COSLA guidance is clear that rates should reflect the costs of delivery, provide scope for reinvestment and enable private and third sector services to pay at least the Real Living Wage to staff.” Make the 2022 Election a Referendum on Lockdowns

Rayshard Brooks: No charges in police killing that sparked...

The worst of the nor’easter that slammed the Northeast...

Tom Hanks surprises Pittsburgh bride with photo on her...

Wholesome Elden Ring Invader should be a lesson for...

New poll shows Democratic voters are shifting away from...

Raymond Arroyo calls out President Biden for giving the...

Fallout 76 update roadmap reveals when you can leave...

Democrats want to squeeze every dollar out of Americans’...

Instagram is the latest app to get a ban...

You could soon control your VPN through Microsoft Edge

What is lying in state and who receives the...

Who Was Martha Mitchell? How the Socialite Was Involved...

Daniil Medvedev: How the new men’s world number one...

House Democratic retirements are now higher than they’ve been...

Most DeSantis-endorsed school board candidates win their Florida primaries