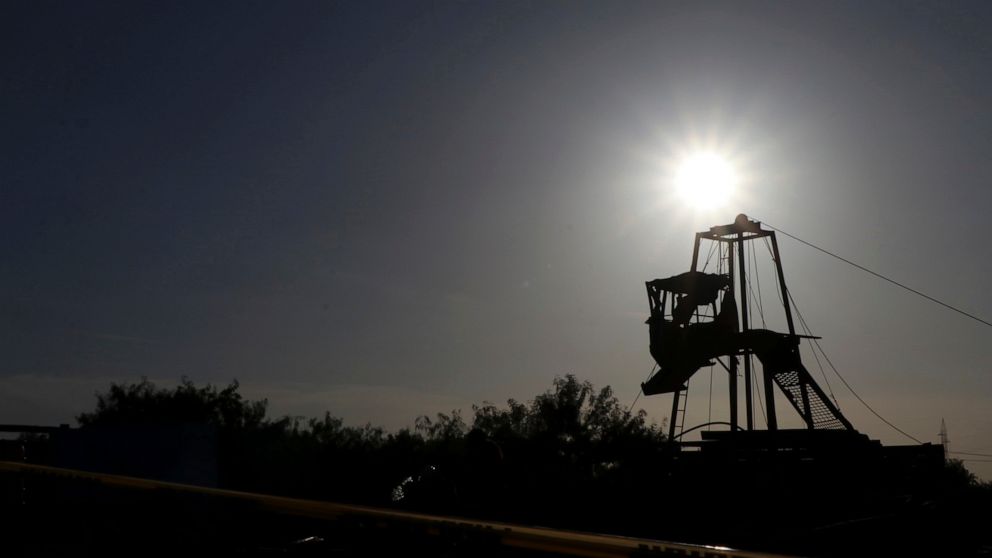 They made four attempts Wednesday and managed to remove more than a dozen pieces of wood and some 15 yards of hose, but were not able to go far.

They found they didnt have space to advance, said Defense Secretary Luis Cresencio Sandoval. With the lights they carry they dont have the visibility they need to identify what they find.

On Aug. 3, 15 miners were inside the coal mine in Sabinas, Coahuila about 70 miles southwest of Eagle Pass, Texas. Authorities believe the miners breached a wall containing another flooded area. Five miners managed to escape with injuries, but there has been no contact with the remaining 10.

For much of the past week authorities have used dozens of pumps to try to lower the water level inside the flooded mine shafts. Wednesdays dives were the first attempt to enter the mine.

Coahuila Gov. Miguel Riquelme said via Twitter Wednesday that pumping would resume before more attempts were made to enter. A bystander is killed in New York after a...

McIlroy warns young players over ‘not so Super League’

Texas firefighters have battled 175 fires in the past...

Amazon union could face a tough road ahead after...

Record numbers of people displaced in their own countries...

Powell: Fed could keep lifting rates sharply ‘for some...

Man gets caught between NYC subway train and platform,...

Two takeaways from the Vermont and Wisconsin primaries

Google is charging ahead with its plan to replace...

5-year-old boy died after being left in a car...

Celebrity birthdays for the week of July 24-30

FTC says it will come after firms who haven’t...

Serving the future of web data collection with “Data...

A congresswoman thought she was filming an ad. She...

Democrats spending heavily on abortion leading up to midterm...

How facial recognition is identifying the dead in Ukraine

Factbox: Marcos and Robredo lead field ahead of Philippine...

The 'traumatic experience' of US monkeypox patients