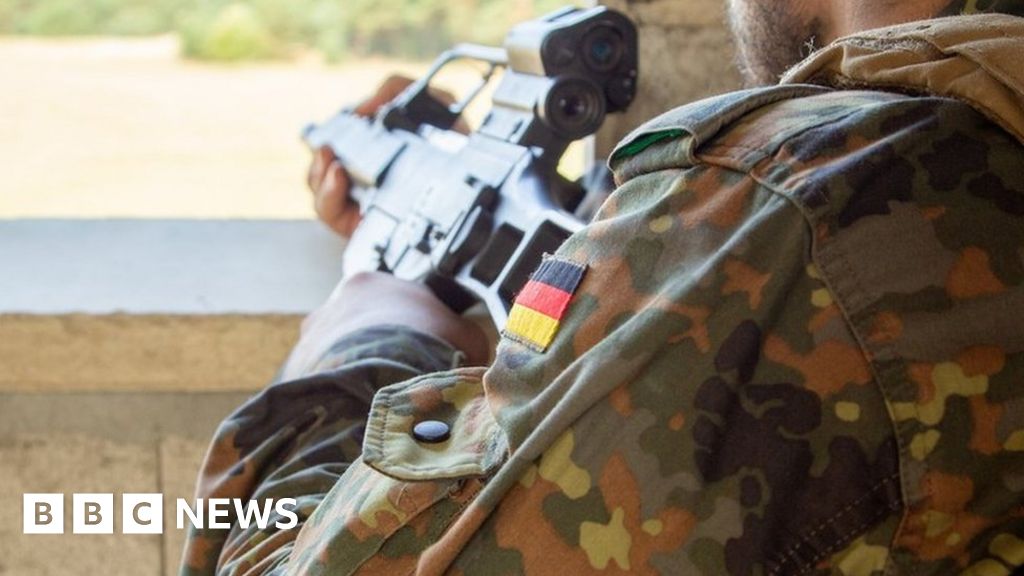 A German army reserve officer is on trial over claims he acted as a spy for Russia for six years.

The man, 65, named only as Ralph G, is accused of sharing information with Russian intelligence from 2014 to 2020.

Ralph G did not make a statement on Thursday and said he would make one at the next hearing on 1 September, according to a court spokesperson.

If convicted, he could face up to 10 years in prison.

German media report that Ralph G was a lieutenant colonel in the army. In his civilian career, he worked as a sales manager for an international engineering company, and was part of several civilian business committees.

He allegedly passed sensitive information from both military and civilian sources to two employees of Russia’s GRU military intelligence, who were working as military attaches at the Russian embassy in Berlin.

The information was allegedly passed on through rare meetings, alongside phone calls, email and WhatsApp messages.

Most of it was drawn from publicly available sources, but Ralph G is also accused of sharing parts of an official government document about Germany’s relationship with Russia following the annexation of Crimea in 2014.

He is also believed to have passed on information about the impact of sanctions imposed on Russia by Germany over Crimea.

Prosecutors said he shared details about weapons systems, the cyber capabilities of the German army, and the Nord Stream 2 gas pipeline project.

After his arrest in 2020, Ralph G admitted to having supplied information to Russian men, but claims not to have known his contacts were working for the GRU.

He is not believed to have been paid for the information, instead receiving “invitations to events organised by the Russian government agencies.”

The trial at Dusseldorf’s Higher Regional Court is expected to continue for several months. Covid: The Army sends 200 personnel to support the...

He predicted US inflation would rise. Hear what he...

Google Maps update will help you breathe a little...

5 dead, including suspect, 3 wounded in shootings in...

Boris Johnson rejects calls to step down, vows to...

Mystery Announcement About Milky Way: How and When to...

Greg Gutfeld: The higher the stakes, the more Biden...

Pence endorses Robson for Arizona governor in split from...

Pope to Hold Rare Series of Meetings Amid Health...

8-year-old boy who was missing for days found alive...

More than half of Americans view right-wing militia groups...

Why are flights being cancelled?

Best coffee maker deals at Amazon ahead of Amazon...

Aaron Ramsey: Where next for unwanted Juventus midfielder?

She-Hulk director can't tell you where the Disney Plus show fits on...