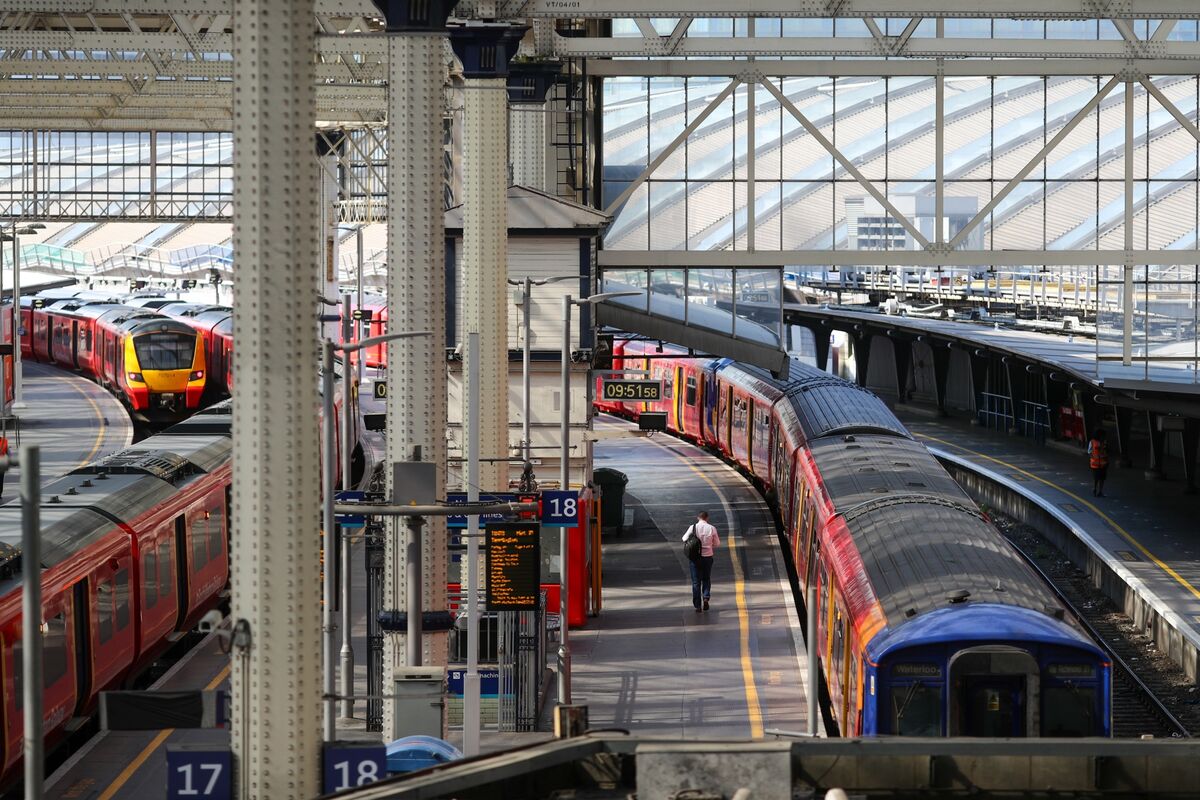 British commuter train operator South Western Railway faces a strike ballot by members of the Transport Salaried Staffs Association in the latest escalation of disputes over pay and jobs across the UK network.

TSSA will ballot hundreds of staff on walkouts after SWR said it had no mandate from the Department for Transport to make an offer addressing the unions concerns, according to a statement from the labor group Thursday.

Those include a guarantee of no compulsory redundancies this year, no unilateral changes to working conditions, and a pay increase reflecting the rising cost of living, TSSA said.

Members are already set to strike on Aug. 18 and 20 at state track owner

SWR, which is owned by

MTR Corp., provides services to London Waterloo from commuter towns and cities west of the capital including Guildford, Reading, Southampton, Portsmouth and Bournemouth. Gianno Caldwell: My brother’s death can’t ‘mean nothing,’ we...

Sorry, Stock Traders, the Fed Won’t Have Your Back

Queen Elizabeth II: Why she will be missed

PewDiePie faces backlash for appearing to mock a deaf...

Wendy’s Pulls Sandwich Lettuce in Midwest Due to E....

Elizabeth line sections to be joined up in November

What kind of sanctions are needed to stop Russia’s...

Is Ukraine Worth Risking Nuclear War?

Rail strike Wales: RMT says it had to call...

Dundee United: Jack Ross’ future not in doubt despite...

‘No shortcuts in the rule of law’: The lengthy...

CDC on omicron cases, hospitalizations: ‘Milder does not mean...

Balance of Power: Who Should Regulate Cryptocurrency? (Radio)

Drought threatens an Indigenous tribe’s farm in an isolated...

Uttar Pradesh: The right-wing brigade in pursuit of a...