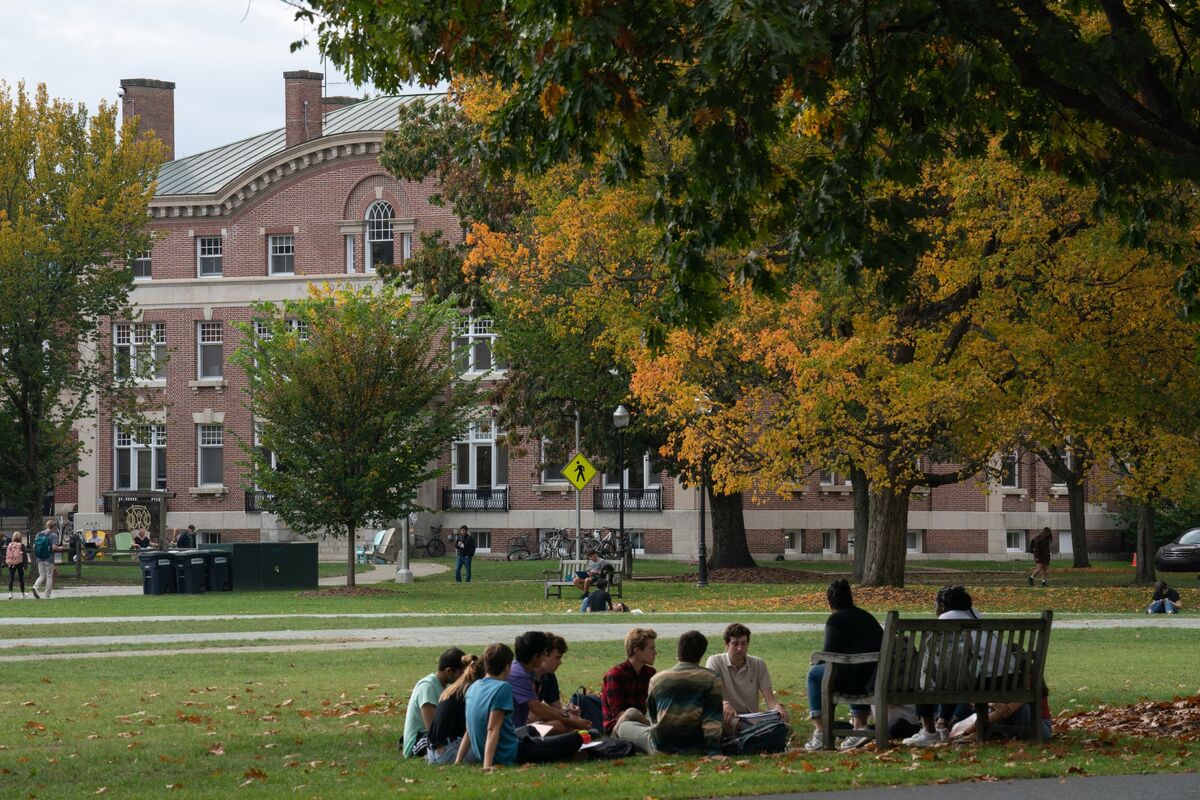 Lack of access to monkeypox vaccines and tests threatens to hinder colleges and universities in the hardest-hit US states as they plan to beat back a feared campus surge later this year.

Health administrators at schools nationwide are largely relying on educational measures as they prepare for the return of students for the fall semester. Some campuses have testing available at their medical centers, yet none reported requirements for students to get shots or undergo testing.

While the monkeypox outbreak has mainly spread among men who have sex with men, people of all ages and sexual orientations are vulnerable if they come into contact with infectious lesions. College campuses, where contact sports, communal showers, and sexual activity are common, have been implicated in the spread of infections that follow similar routes, such as drug-resistant MRSA bacteria, said Jay Varma, director of the Weill Cornell Center for Pandemic Prevention and Response.

Just like MRSA spreads rapidly in gyms and sports teams from skin-to-skin, especially wrestling, we can expect to see monkeypox do the same thing if a case emerges on a campus, Varma said. Colleges and universities may be at higher risk, because we know that college kids are sexually active.

The Biden administration has about 441,000 vaccines stockpiled and has cleared a dose-sparing technique called intradermal administration thats expected to extend that supply to about 2.2 million doses. Some states are already giving a single shot of whats normally a two-shot regimen to offer high-risk people some measure of immunity. Schools dont have the supplies of vaccines and tests to implement strong preventive measures, said Katrine Wallace, an epidemiologist at the University of Illinois at Chicago School of Public Health.

We dont even have the resources to implement it in big cities right now, she said. We cant even really proactively test because we dont have enough tests.

While the University of Southern California has testing available for students and can get vaccines for exposed students through public-health sources, pre-exposure efforts are limited nationally due to vaccine supply, said Sarah Van Orman, the schools chief health officer. Nationally, vaccine supply is hampering efforts to respond to the emerging situation.

In Denmark, the home of monkeypox vaccine maker Bavarian Nordic A/S, shot access is being widened to include all men who have sex with men in the country, health officials said Tuesday. Previously, the vaccine was only available to people who may have been exposed.

Globally, confirmed cases reached 31,800 as of Aug. 9, according to the Centers for Disease Control and Prevention. The biggest outbreak in the US with 10,392 confirmed infections concentrated in New York, California, Florida, Georgia, Texas and Illinois. In New York, Columbia University and Cornell University each offer testing for those with symptoms at their respective medical services; neither has vaccines to offer.

Schools should encourage LGBTQ+ students and staff to get the shot, develop guidance for gyms, sports teams, and theaters, and educate students on the disease to eliminate stigma, Varma said. Education is key when trying to prevent outbreak with limited resources, Wallace said.

Without vaccines, the University of Florida plans to educate students on disease and outbreak prevention, a spokesperson said. Texas A&M University and the University of Texas, Austin, with a combined student population of over 124,000, are relying on testing and educational efforts.

We have testing supplies and the process/protocol is in place, said Martha Dannenbaum, Texas A&Ms student health services director, in an email. When vaccine is more readily available we will work to have a supply. Response efforts are always optimal when there is ready access to all of the tools.

California and Illinois joined New York in declaring the monkeypox outbreak an emergency last week. The University of Illinois, Urbana-Champaign, with more than 56,000 students, is offering testing for symptomatic students at its health center, as is the University of Southern California. Northwestern University in Evanston, Illinois requires infected students who live on campus to isolate off campus.

The American College Health Association is still in formulating guidance to colleges about the disease, said Rachel Mack, a spokeswoman. Key issues are reaching out to high-risk populations without stigmatizing them, and supporting infected students who may be in isolation for weeks, she said. The group is also considering recommendations on campus partnerships with state and local health departments, as vaccines are currently only available through them, she said.

Colleges will also need to address the threat of disinformation that complicated the response to Covid from its very beginning in 2020, said Wallace, the University of Illinois epidemiologist.

Its really important that they get on top of it right away as soon as the school year starts, said Wallace. Among the concerns is that some students will think its just something that happens to gay people and they dont know of any cases in their area, and they may not be aware that theyre at risk.

With assistance by Catherine Larkin, Janet Lorin, and Madison Muller Rep. Brad Wenstrup: Democrats Want To Have A Problem,...

Airbus to test hydrogen-fueled engine on A380 jet

Why Shah Rukh Khan is still ‘king of Bollywood’

‘Drawing doodles for Ant and Dec was my dream...

Gene-edited tomatoes could soon be sold in England

Company: Legal settlement puts Okefenokee mine back on track

Woman wanted in murder of professional cyclist arrested in...

Climate Ambition Must Not Be a Casualty of the...

Euro on thin ice ahead of U.S. labour data...

Biden to address Senate Dems on cusp of election...

A Wacky, Zany and Wild Time at Goofy’s Mystery...

2 workers were shot at a South Carolina industrial...

Trucking industry impacted by the rising cost of diesel...

Trudeau: US abortion ruling could mean loss of other...

Biden says there won’t be a Nord Stream 2...

What So Many People Get Wrong About The Energy...

Dan Bongino: The Pelosis, Bidens and Obamas never have...

Judge restores oil lease on land sacred to US,...

Ransomware attacks are on the rise, so make sure your business is...