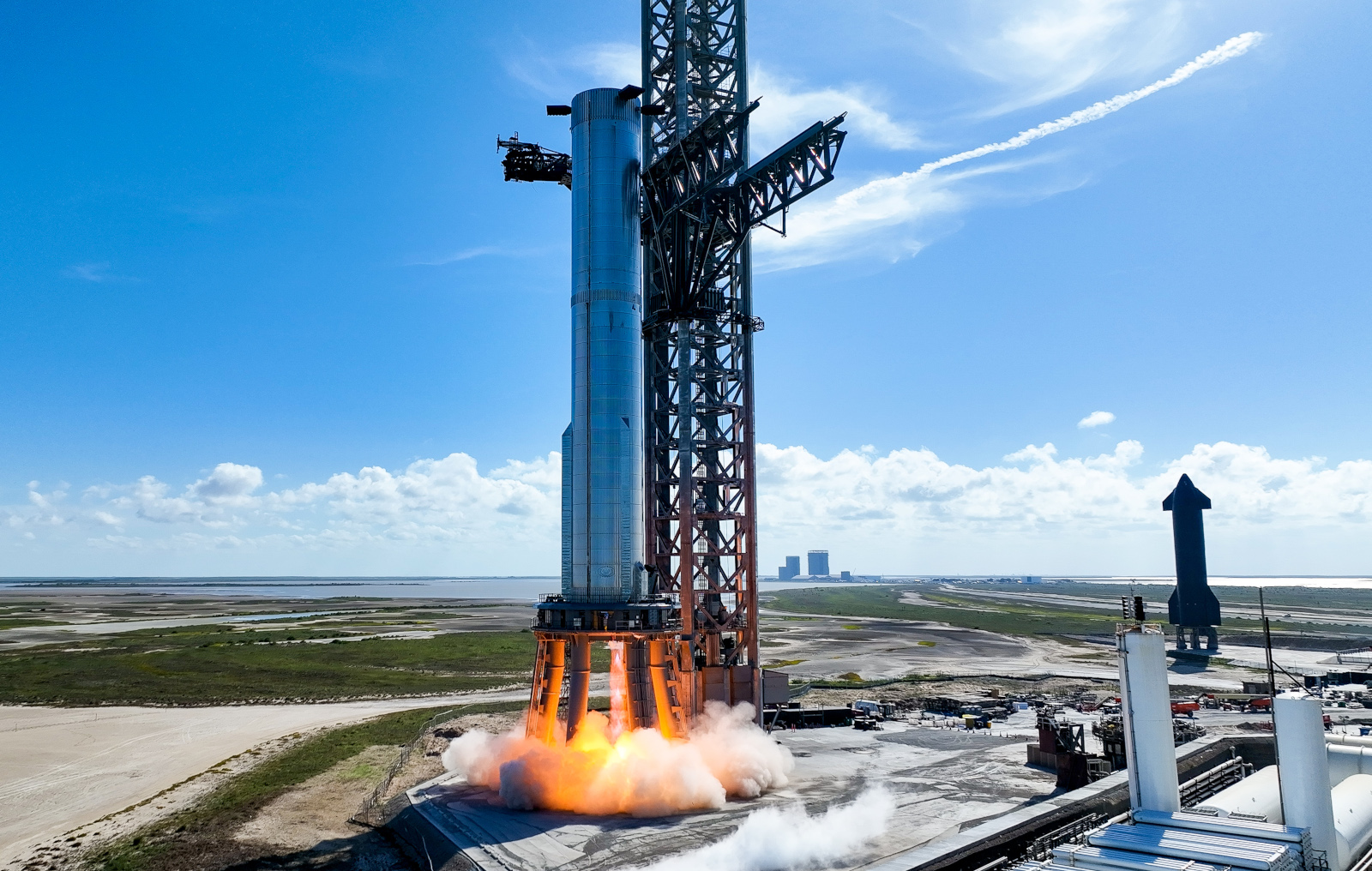 SpaceX has cleared an important hurdle that brings it closer to the Starship system’s first orbital flight test. The company has successfully completed a static fire test of the Super Heavy’s current prototype, the Booster 7, a month after its previous attempt ended up in in flames. SpaceX used the Booster 7 for this test again but fired only a single Raptor engine on the orbital launch pad, igniting it for a few seconds to give engineers a close look at how it’s performing.

The Booster 7 is equipped with 33 Raptor version 2 engines meant to give it lift it needs to launch both the first stage itself and its upper stage companion, the Starship spacecraft. During the company’s previous static fire test attempt, the booster caught fire on the launch pad. Company chief Elon Musk revealed on Twitter back then that the issue had stemmed from the engine spin start test SpaceX had conducted and that going forward, the company “won’t do a spin start test with all 33 engines at once” anymore.

In addition to testing Booster 7, SpaceX also did a static fire test on two of the six Raptor engines on Starship 24. That’s the current prototype for the launch system’s upper stage, and it’s what will fly to space for the system’s first orbital flight test. It’s still unclear when SpaceX intends to send the Starship to orbit for the first time, but it likely has to conduct more testing before that happens, including static firing more of its Raptor engines. Albert Pujols returning to Cardinals, says he will retire...

Internet in Hysterics After Homeowner Finds Fake Skeleton in...

You can buy access to a company’s data on...

American man missing after falling from raft in Bali...

Senators worry Russia will invade Ukraine before they finalize...

The Four-Day Work-Week Is (Almost) Here

Taking picture of breastfeeding mother in public to be...

From Peru to Uganda, activists call on Deutsche Bank...

No civilians killed in attack at Russian military base...

How to solve the financial close dilemma: 3 strategies...

Beacons to light up Scotland for Queen’s Jubilee

Monday deadline for SWPL clubs decision on whether to...

Ukraine crisis: Could India cut its defence ties with...

Big U.S. gene database has volunteers from all walks...

Inflation hits one of soccer fans’ favorite pastimes as...

The last G-20? That and other stuff to watch

Virgin Orbit clarifies the cause behind its ‘Start Me...

Will Smith resigns from film academy over Chris Rock...

Meet the Ukrainian ballerinas dancing to preserve their country’s...

Sean Shelby’s Shoes: What’s next for Rob Font after...

German population hits a record 84M due to Ukraine...