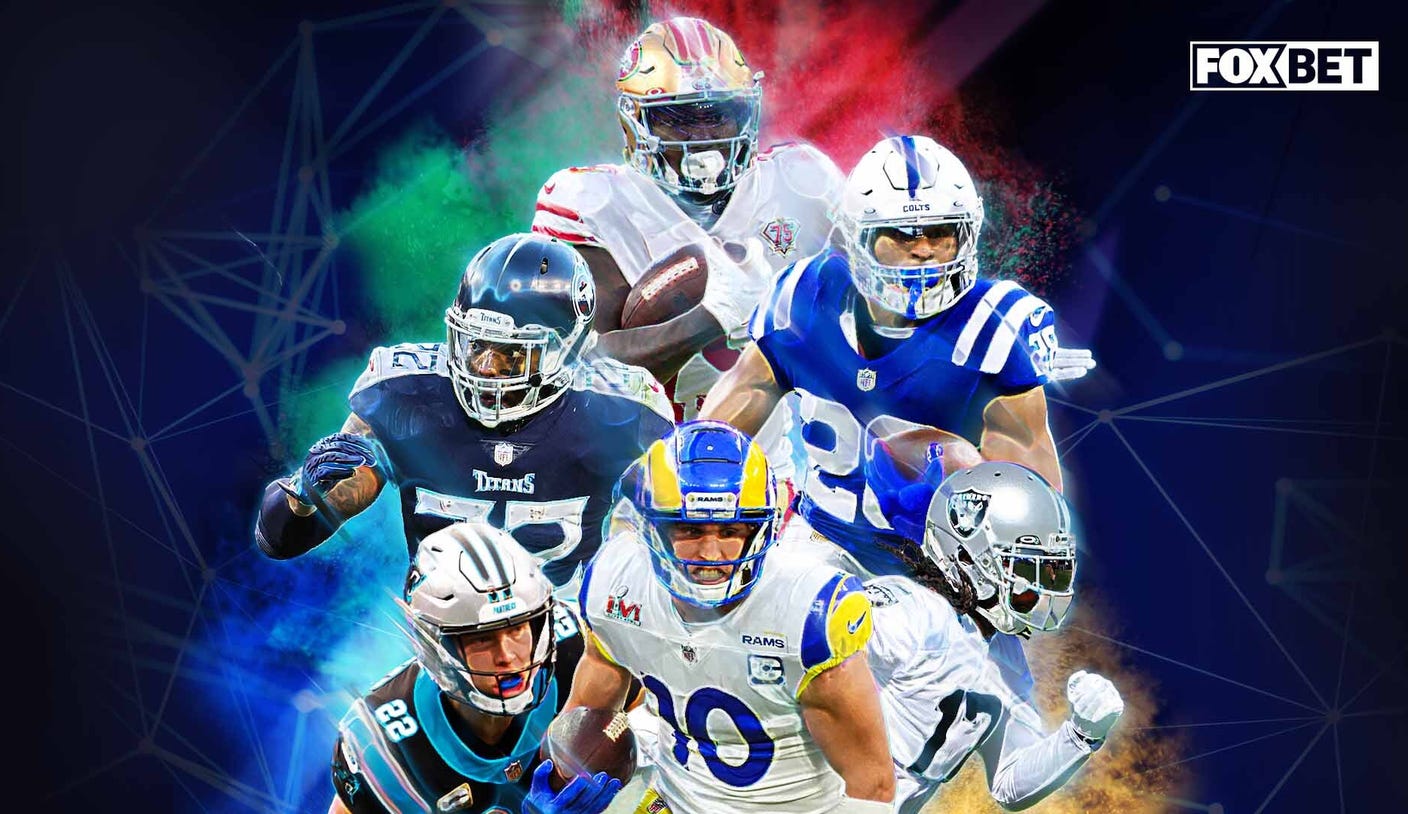 Did you know that a quarterback has been named the NFL’s Most Valuable Player 14 of the past 15 seasons, but a QB was voted the Offensive Player of the Year only six times since 1996?

Make sense? It does when you consider the Offensive Player of the Year award was created to try to honor non-QBs.

Here’s everything you need from a betting perspective on the NFL Offensive Player of the Year, with insights from our betting expert (all NFL odds via FOX Bet).

RELATED: FOX Bet odds for Offensive Player of the Year

“They sometimes seem like the same award, but the two are technically different,” FOX Sports NFL writer Eric Williams said. “The Offensive Player of the Year is awarded to the offensive player with the most outstanding season.

“In theory, the MVP award is open to all players from any position but has basically become the Most Valuable Quarterback Award of late.”

Los Angeles Rams receiver Cooper Kupp was voted Offensive Player of the Year after his monster 2021 season when he became the fourth player to lead the NFL in receptions (145), receiving yards (1,947) and receiving touchdowns (16) in the same season. The stud WR was also named MVP of Super Bowl LVI.

Will Kupp win OPOY again? He’s the betting favorite at FOX Bet heading into the season.

While Kupp is a stud, Williams likes a non-QB to win OPOY in 2022 Colts running back Jonathan Taylor, who led the NFL in rushing years (1,811) and rushing touchdowns (18) last season. Taylor won the rushing title by 552 yards, the first time an RB won it by more than 500 yards since O.J. Simpson in 1973.

And there are plenty of treads left on the tires Taylor, 23, is the youngest player in NFL history with at least 2,000 scrimmage yards (2,171) and 20 TDs in a single season

“With Matthew Stafford suffering through training camp with a sore elbow, its hard to see Kupp winning again,” Williams said.

“That’s why Ill go with Jonathan Taylor to supplant Kupp this year for Offensive Player of the Year.”

Four of the previous five OPOY winners were not quarterbacks (two running backs, two receivers). The past nine MVPs have been quarterbacks, with running back Adrian Peterson winning the award in 2012.

In four of the past nine seasons, the quarterback who won NFL MVP also won OPOY. The last player to win MVP and OPOY in the same season was Mahomes in 2018.

The best example of how there are different criteria for the awards was in the 2011 season. Packers QB Aaron Rodgers won the first of his four MVP awards; Saints QB Drew Brees won the OPOY.

Here are some voting oddities for MVP and OPOY from FOX Sports Research:

After his dominant season, Kupp received one vote for MVP, finishing third in voting behind Rodgers (39 votes) and Tom Brady (10).

Ravens QB Lamar Jackson was the unanimous NFL MVP in 2019 but finished second in the OPOY balloting behind Saints receiver Michael Thomas.

Are you ready to back a player for Offensive Player of the Year? If so, head over to FOX Bet for all your wagers.

Multicoin Capital leads $60M investment in Delphia to give...

Nothing can’t resist the NFT hype, and its fans...

Eagles-Cowboys matchup could be an NFC Championship Game preview

The hits just keep coming for Tesla as it...

From Pipelines to Ports, These Are Ukraine’s Key Commodity...

HP CEO pushes back on ESG backlash: ‘Having a...

Pearce-Paul and Pryce to join Knights for 2024

Khawaja calls on Big Bash League to privatise to...

Man Behind Earth Day Says There’s Too Much Greenwashing…

Transportation Department will be looking into Southwest flight cancellations,...

Newest US cardinal: A San Diego-based ally of Pope...

Who is Saint Valentine? The religious history of the...

Can underdog Giants topple Eagles? Keys to their divisional...

Suspect arrested in connection with fire at Illinois Planned...

Tesla posts record profits as its deliveries soared in...

Guardians of the Galaxy Holiday special filming delayed, but...

Who knew you could magically finger copy stuff from...

Analysis: Amid wild swings, some Hungarians are losing faith...

China protests: Why is it struggling to vaccinate the...

Daily Crunch: WhatsApp extends its unsend time limit to ‘a little over...