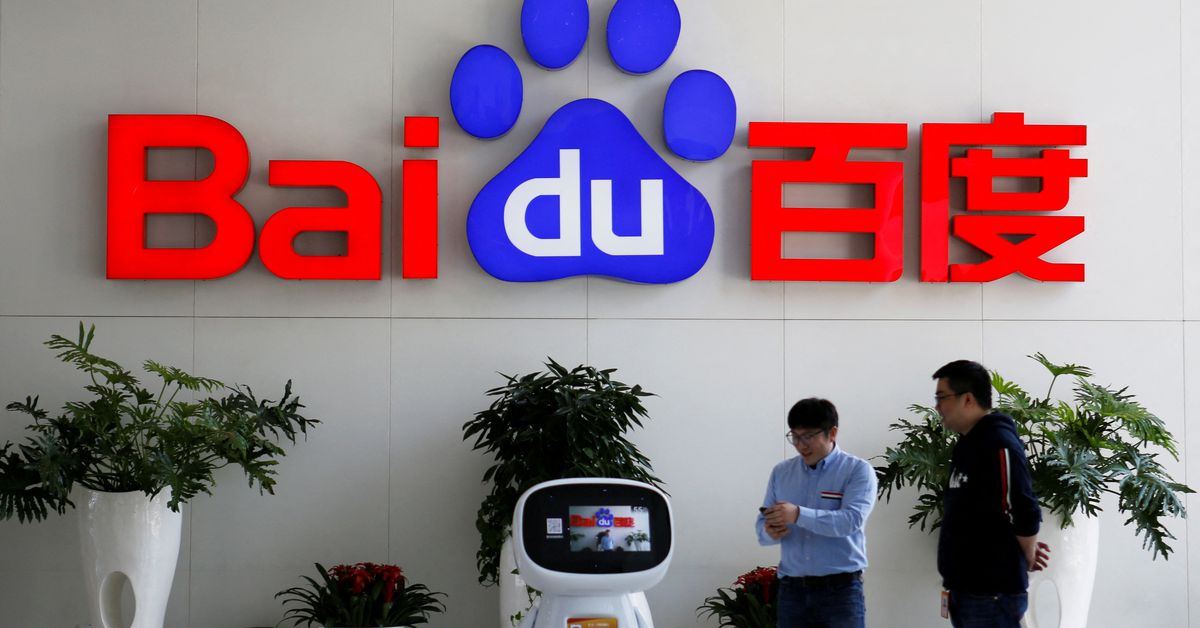 The permits, awarded by the southwestern municipality of Chongqing and the central city of Wuhan, allow commercial robotaxis to offer rides to the public without human safety drivers in the car. They come into effect on Monday.

Baidu said they marked a “turning point” in China’s policy-making towards autonomous driving.

“These permits have deep significance for the industry, Wei Dong, chief safety operation officer of Baidus Intelligent Driving Group, told Reuters in an interview. If we think of the exploration of space, this moment is equal to landing on the moon.”

At first, Baidu will deploy a batch of five fee-charging robotaxis in each city, where they will be allowed to operate in designated areas from 9 a.m. to 5 p.m. in Wuhan and 9:30 a.m. to 4:30 p.m. in Chongqing, the company said in a statement.

In April, Baidu’s Apollo and Toyota Motor Corp-backed (7203.T) Pony.ai said that they received permits in Beijing to deploy robotaxis without safety drivers in the driver’s seat on open roads within a 60 sq km area. But the Beijing permits still require them to have a safety driver in the passenger seat. These services have started.

Baidu is also in talks with local governments in Beijing, Shanghai and Shenzhen, to secure licenses within a year to test fully-driverless and unpaid robotaxis in those cities, according to Wei.

In January, self-driving company Cruise received a permit from the California Public Utilities Commission that allows it to offer paid and fully driverless rides from 10 p.m. to 6 a.m. in select streets in San Francisco.

Apollo Go, Baidu’s robotaxi service, has operated over 1 million rides across 10 Chinese cities since its launch in 2020.

Baidu has not reported any problems with the service and has not given a breakdown for how much it has invested in the project. Microsoft owning Netflix is the most awful, brilliant idea...

Sri Lanka’s parliament will not convene on Friday -speaker’s...

Suspected shooter, 4 others charged in killing of Texas...

Fit-again Murray full of belief ahead of Wimbledon –...

Morgan Stanley strategist points to a new canary in...

As eating disorders spike during Covid, treatment can be...

Indonesia Has Been Punching Below Its Weight

Aument wants to power your next marketing message

The climate bill offers a boost to Biden. Can...

Taiwan votes in local elections billed as message for...

Surprising Benefits of Scaring Self Silly…

LG’s phone business is dead its phones are still...

Quiet quitting, firing, even dumping: Americans are falling in...

How to prepare for the financial hit of long...

What Is The World Trade Organization?

Cheaper gas likely slowed high US inflation for a...

UK Is Facing a Pile-Up of Problems: Welcome to...

Katie Uhlaender lost a medal to Russian doping. She...

Managers have responsibility to behave on touchline – Frank...

Support in both parties grows for providing air power...

Jennifer Lopez and Ben Affleck tie the knot in...

Austin: Putin trying to ‘reestablish some momentum’ amid stalled...

Hitting the Books: How American militarism and new technology...

Election night isn’t over in California

'No point sulking': Foster faces up to All Blacks criticism - Reuters