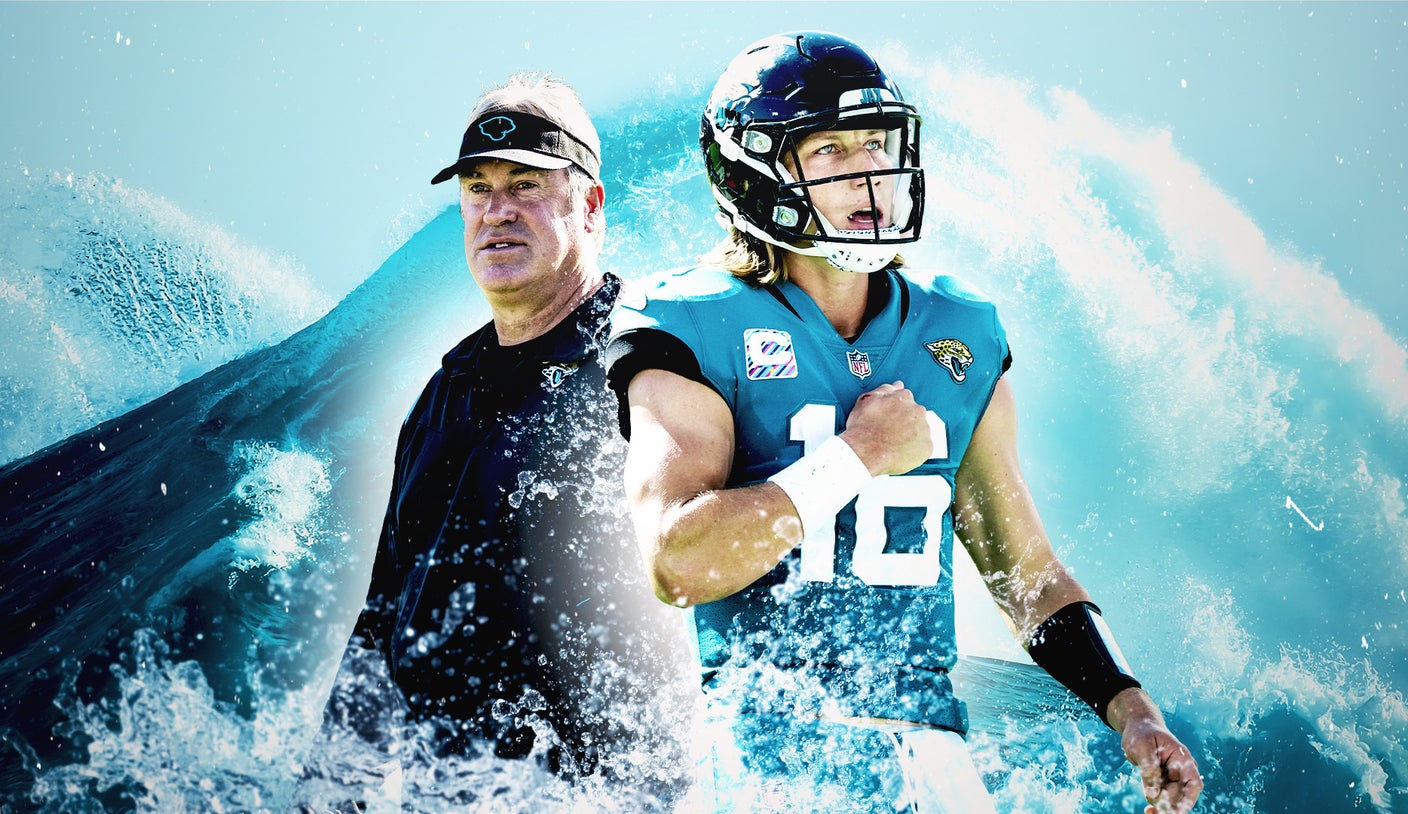 The Jacksonville Jaguars have a new coaching staff and several new faces on the roster. Can they be one of the surprise teams in the NFL next season?

Jacksonville lost 27-11 to the Las Vegas Raiders in the 2022 NFL Hall of Fame Game on Thursday. Of course, the majority of the team’s starters didn’t take the field in what was its first preseason game of the year.

As it concerns the regular season, Nick Wright argued on “First Things First” that a second-year Trevor Lawrence, new head coach Doug Pederson, and a favorable schedule could substantially ascend the Jaguars.

“The Jacksonville Jaguars finish the season above .500,” Wright later said.

The Jaguars went 3-14 last season, good for last in the AFC South and the worst record in the NFL for a second consecutive year. Meyer was fired in December with the franchise hiring Pederson as its full-time head coach after the regular season.

In this year’s NFL Draft, Jacksonville selected Georgia defensive lineman Travon Walker with the No. 1 overall pick, traded up for Utah linebacker Devin Lloyd at No. 27, and selected Kentucky offensive lineman Luke Fortner (65) and Wyoming linebacker Chad Muma (70) in the third round.

Prior to the draft, Jacksonville was one of the richest spenders in NFL free agency, adding wide receiver Christian Kirk, guard Brandon Scherff and tight end Evan Engram, among others.

Kevin Clark of The Ringer joined Colin Cowherd on “The Herd” to discuss why he thinks the Jaguars are poised to climb up the AFC ranks in 2022.

“I think the Jaguars are going to be pretty good,” Clark said. “I think they’re going to be in the mix for the AFC South. First of all, they have a professional roster now. Addition by subtraction with Urban Meyer, who’s one of the worst coaches I’ve ever seen. Basically, if he was trying to sabotage the franchise, he wouldn’t have done anything differently. Trevor Lawrence in Year 2, the guys who watch the tape say he was nails, so I think that’s the team that’s going to win games and be in the mix in that division. It’s not like there’s a lot of super-duper stars in that division.

“I think the Jaguars are the team in December we look up and say, Oh my god, Doug Pederson did a heck of a job.” The Psychology Behind the Market Selloff (Podcast)

Sunday shows preview: US reaffirms support for Ukraine amid...

UN: Half a million Ukrainians have fled country as...

How Biden plans to squeeze Putin’s global access to...

The Kiwis make a case on trade

‘Stop the Steal’ organizer says he received a grand...

Biden says Reid “gave me a sense of confidence”...

Palestinian dies from shot by Israeli troops in West...

Global Trade Disruptions Are About to Get Worse

The best February 2022 deals at Walmart

Russia’s once fearsome tanks bogged down in Ukraine

FIA stalls on sprints after teams back expansion for...

Americans applying for jobless aid is lowest since 1969

Olivia Rodrigo named Woman of the Year by Billboard

Five contenders to be next UK PM to face...

Schools: Northern Ireland has ‘too many small and unsustainable’...

Erdogan says no meeting until Greek PM “pulls himself...

2 workers were shot at a South Carolina industrial...