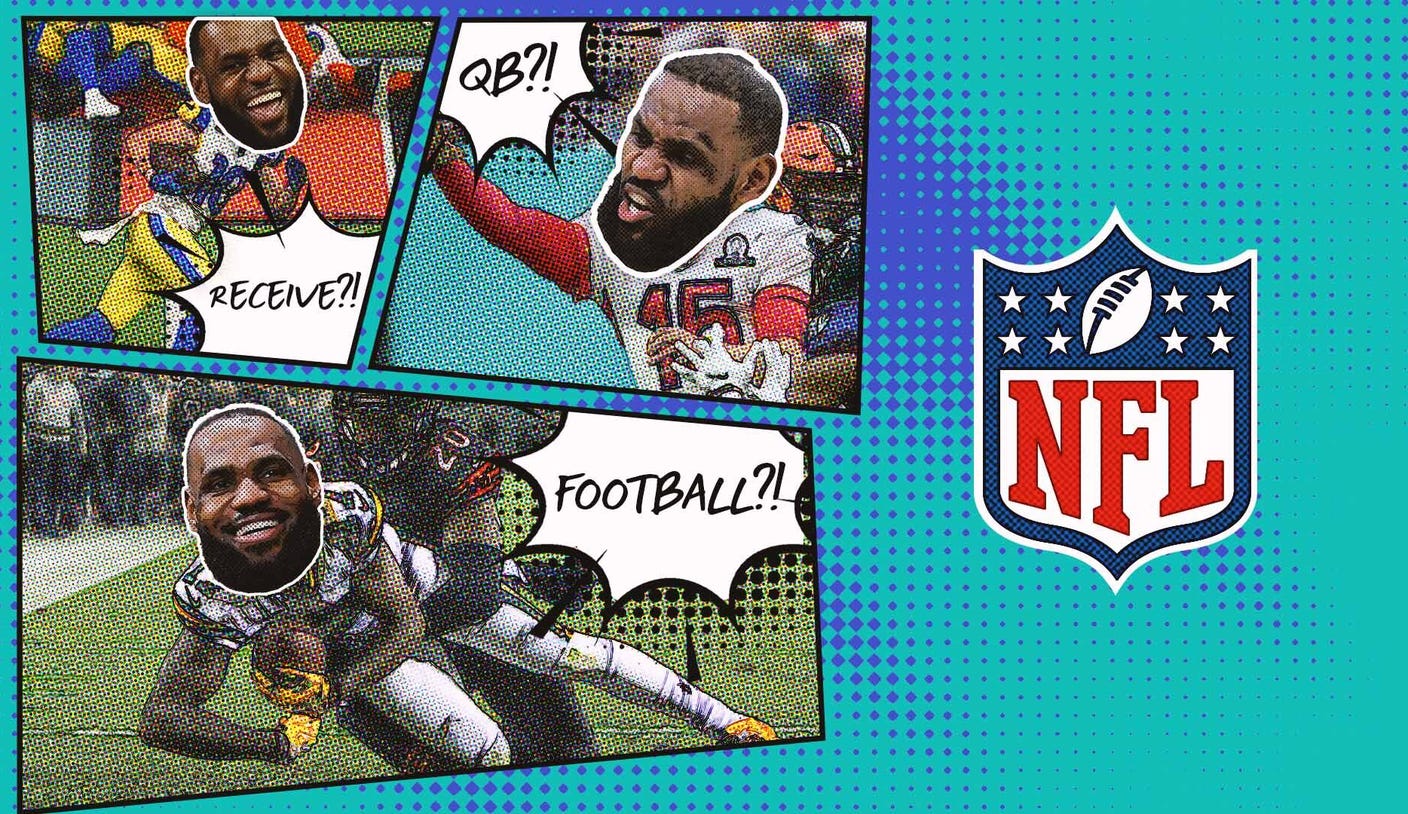 It’s time to talk about it again.

When the NBA was months into its lockout in 2011, NBA superstar LeBron James

received offers to try out for NFL clubs. His favorite team as a kid, the Dallas Cowboys, offered him a shot, and the Seattle Seahawks sent him a jersey with his name on it in hopes of garnering an appearance by the King.

Football isn’t foreign to James. He played wide receiver in high school, earning first-team All-State honors during his sophomore season. He was even recruited by FBS schools.

And if James stuck with football, Skip Bayless believes he could have made it to the NFL, using his 6-foot-9 frame as an advantage in one specific area.

“I still do believe even more than [Shannon Sharpe] does that LeBron could have been at least as good as a pass-catching, not a blocking, but pass-catching tight end as Jimmy Graham,” Bayless said on his podcast, “The Skip Bayless Show.” “Talk about a red-zone target, LeBron James at 6-foot-9, 270 [pounds]. In his prime, LeBron could flat out fly. He also can sky. Just as a red-zone target, if he could avoid extreme physicality, I think LeBron would’ve been lethal.”

However, outside of the obvious fit as a pass-catcher, Bayless said he believes James would’ve fared even better at a more unconventional position.

“LeBron James, if he had so chosen, could have been a Hall of Fame left tackle. Obviously, it’s not a glamour position, but we’re talking 6-foot-9 and great feet. He would have to put on, I don’t know, 20 to 30 pounds? No edge rusher could have ever gotten around him. I think at 6-foot-9 he loves the weight room I don’t think he could’ve gotten bull-rushed by too many edge rushers. I just think he would be a wall unto himself at left tackle. He would’ve been a Hall of Famer.”

In 2021, James admitted to The Athletic’s Bill Oram and Christopher Kamrani, when asked about playing football, “I always think about it.” He’s pretty confident in how well he would’ve done, too.

James, who was 26 during the 2011 NBA lockout, told Peyton and Eli Manning during a “Manningcast” in 2021 that he “definitely thought about” the offers he received from the Cowboys and Seahawks. He even kept the jerseys both teams gave him.

Now, at 37, James presumably won’t be chasing an old football dream, even if he doesn’t sign an extension with the Lakers

Fit-again Murray full of belief ahead of Wimbledon –...

Intel might have a plan to keep up with...

Kilmeade: The Democratic Party has reached an ‘all-time low’

Drinks group Remy confident over 2022/23 despite COVID-restrictions in...

Stocks close with losses despite another Dow rebound

Russia tries to press its offensive into Ukraine’s east

Flooding in central Appalachia kills at least 8 in...

Mark Esper on what’s at stake if Donald Trump...

Going Green Must Include Nuclear for EU’s Largest Copper...

Rewards offered after dolphin ‘harassed to death’ on Texas...

Voyager Bankruptcy: Account Holders Likely Won’t Get All Their...

Cost of living: ‘Rent rises mean I want my...