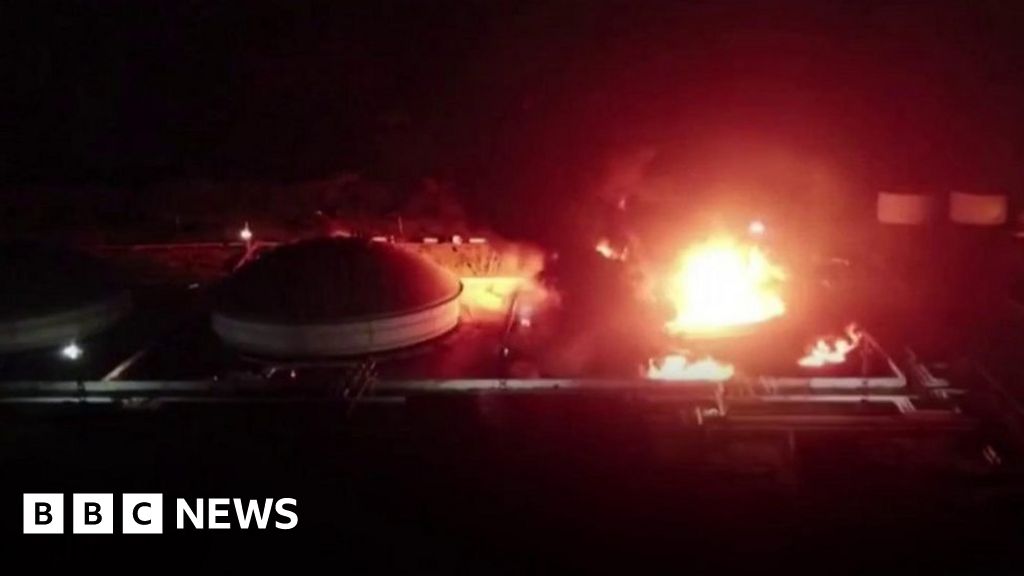 A major fire has broken out in Cuba after lightning struck a fuel storage tank at a depot in Matanzas. A second storage tank exploded on Saturday morning after the fire spread.

State TV reports that dozens of people are injured and that 17 firefighters are unaccounted for. The country’s health minister said on Twitter that several people are in a critical condition.

UN watchdog says no radiation released in attack on...

What is the treatment plan for President Biden’s COVID-19?

Abortion rights funds brace for impact ahead of court...

Bucks bounce back after blowing big lead to beat...

Pacific volcano: Ash-covered Tonga is like a moonscape say...

Latest apps promise fast service but can they deliver?

After a muted New Year’s weekend, US braces for...

Surging mortgage rates are pricing people out of buying...

US House Speaker Nancy Pelosi lands in Taiwan despite...

Ukraine: What is Nato and why doesn’t Russia trust...

Patti LuPone Yells at Audience Member Without Mask: ‘Get...

Face Unlock could come to the Google Pixel 6...

Coinbase Is on Other Side of Goldman’s First Bitcoin-Backed...

Sundance doc looks at man behind the modern bulletproof...

GOP senator dodges question over whether Trump should condemn...

Want to Read More Books? A Company Will Pay...

Alpaca Identifies as Dog, Gets Her Own Car

Newspaper headlines: ‘Rush to take in Ukrainians’ and ‘you’re...

A new lens on America's past