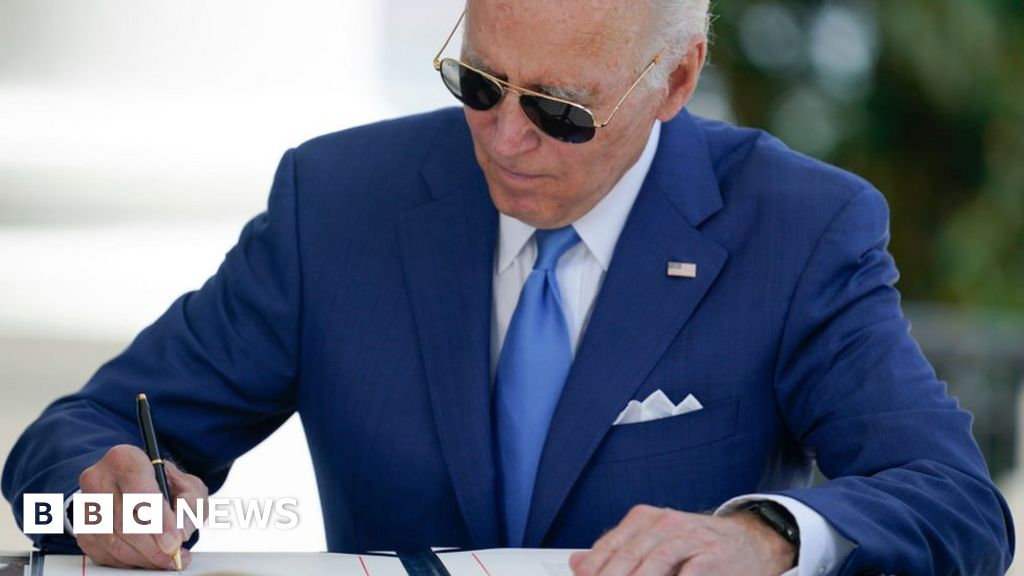 US President Joe Biden has tested negative for Covid-19 days after getting a second bout of the virus, his doctor says.

Mr Biden, 76, first tested positive for the virus more than two weeks ago.

He had been in isolation for a second time after getting what his doctor described as a “rebound” case.

He will continue to isolate until he has a second negative test “out of an abundance of caution”, Dr Kevin O’Connor said.

Mr Biden – who is fully-vaccinated and has twice received booster jabs – first tested positive for Covid-19 on 21 July. He tested negative six days later, only to then test positive again on 30 July.

In a previous statement, Dr O’Connor said the president was taking the antiviral medicine Paxlovid, which can lead to rebounds of the virus in a small percentage of the people who take it.

The president experienced mild symptoms while he had the virus, including a runny nose and fatigue, and continued working while in isolation, the White House said.

He is scheduled to visit the southern state of Kentucky – which has been devastated by floods – on Monday, according to his official schedule.

Mr Biden is now the second US president to contract Covid-19 while in office. His predecessor, Donald Trump, was admitted to hospital for three days in October 2020 after falling ill with the virus.

To date, there have been 91.8 million Covid cases in the US and more than one million deaths, according to the Centers for Disease Control and Prevention (CDC).

The lonely chief: How John Roberts lost control of...

Piastri will get practice slot with Alpine after August...

China Has a Big Ukraine Problem

Kyrgios pulls out of singles in Atlanta with knee...

England’s Simmonds to start at number eight against Ireland

Guide to Celebrating Disney Parks Halfway to Halloween at...

Biker dies after crash with lorry near Cairndow

Five Puppies Found Dead Due to ‘Blistering Heat’ in...

Kinahan Cartel: US sanctions cartel leader with links to...

Search for gunman who killed Detroit teen in front...

#DisneyCastLife Team Spotlight: Creating Magic for Guests Before a...

Business harvests the only substance legally applied to MLB...

Jan. 6 is the GOP’s fault line

A new lens on America's past